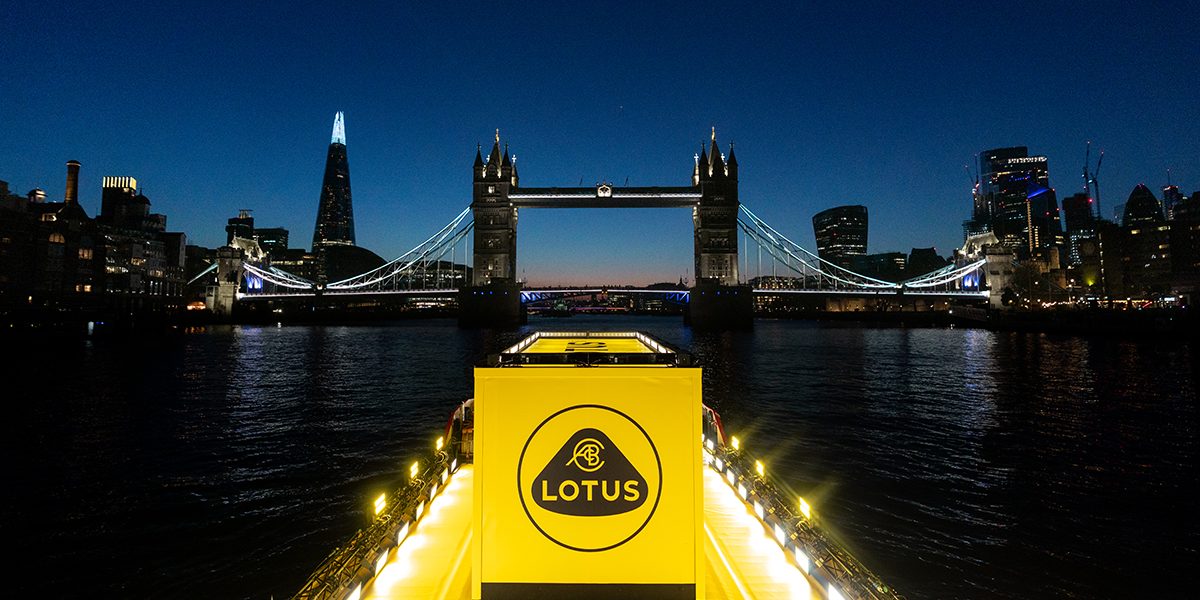 Hethel, UK – 28 March 2022) The world premiere of the Lotus Eletre takes place tomorrow night – Tuesday 29 March 2022 – and you are invited to join what promises to be another amazing milestone event in the company’s history.

Eletre – it is pronounced ‘El-etra’ and means ‘Coming to Life’ in some Eastern European languages – is the first lifestyle electric vehicle from Lotus. The name was revealed yesterday in central London as a bespoke yellow cube containing the car made its way up the River Thames on a specially commissioned boat.

Lotus is recognised globally for the pioneering spirit which has helped shape today’s motoring landscape. That story of innovation continues with the all-new Lotus Eletre, the world’s first pure electric Hyper-SUV.

Lotus Cars is based in Hethel, Norfolk, UK, and is the global HQ for sports car and hypercar manufacturing operations, the Lotus Advanced Performance Centre and the iconic 2.2-mile test track. Lotus Cars builds world-class high-performance cars, born out of legendary success on the racetrack including 13 FIA Formula 1 world titles and many other championship honours. In July 2021 Lotus unveiled the all-new Lotus Emira, its last petrol-powered sports car and best-of-breed, and in July 2019 it launched the Evija, the world’s first all-electric British hypercar. Customer deliveries of both cars will begin during 2022.

Lotus Tech is the global ‘intelligent technology’ division based in Wuhan, China. Its role is to accelerate innovation in the fields of batteries and energy management, electric motors, electronic control systems, intelligent driving, intelligent manufacturing and many more. Lotus Tech will oversee the manufacture of a range of premium Lotus lifestyle electric vehicles in Wuhan starting in 2022. European operations are based at Lotus Tech Creative Centre, a state-of-the-art design studio in Coventry, UK, and Lotus Tech Innovation Centre, a world-class engineering facility in Raunheim, Germany.

Lotus Group is either the parent company of or associated with the above subsidiaries and others. Lotus Group is part of Geely Automotive, the fastest-growing automotive group in the world. Geely has a 51% controlling stake, with 49% owned by Etika Automotive, a Malaysian conglomerate.