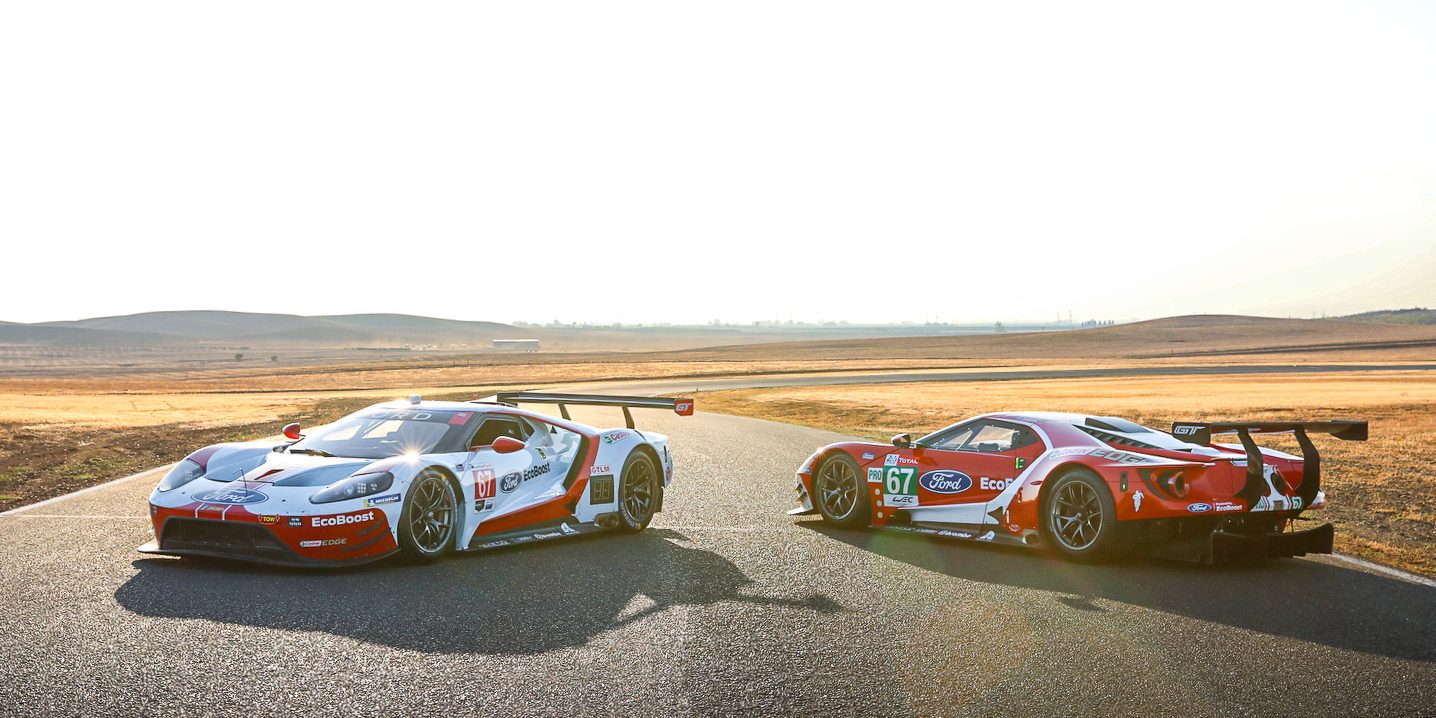 Larkspur, Calif. (October 14, 2021) – Velocity Invitational, the motorsports and luxury lifestyle gathering created by the team behind Sonoma Speed Festival, has announced that it will host seven of the eight Ford GT LM GTE Pro race cars at its upcoming event taking place at WeatherTech Laguna Seca Raceway November 11-14, 2021. The race-winning cars will be on display in the paddock and will also run demonstration laps at full track speed with racing driver Joey Hand, the LM GTE Pro class winner with Ford at the 2016 24 Hours of Le Mans, behind the wheel. This marks the first reunion of the Ford LM GTE Pro race cars, five years after the historic 2016 victory at the 24 Hours of Le Mans.

The Ford GTs competed for four seasons (2016-2019) in both IMSA and the FIA World Endurance Championship under the Ford Chip Ganassi Racing banner.  Besides the historic 2016 Le Mans victory, which came 50 years to the day of Ford’s first win at Le Mans in 1966, the cars scored 18 other victories, including back to back Rolex 24 at Daytona IMSA GTLM wins in 2017-2018.

“Ford has always been a driving force in American racing and we couldn’t be more excited to host this unprecedented reunion of the GT LM GTE Pro race cars at our event,” said Velocity Invitational founder Jeff O’Neill. “From the legendary cars that came out of Carroll Shelby’s shop in the 1960s to the modern day Ford GT LM GTE Pro car which took a class victory at Le Mans in 2016, we will have some of the marque’s most revered race cars in the pits and on the track this year. This is sure to be a sight no Ford fan will want to miss.”

Also attending Velocity Invitational will be the 1965 Shelby Cobra Daytona Coupe known at the time as Carroll Shelby’s “secret weapon.” CSX2286 was built specifically for the 1964 24 Hours of Le Mans and is the last of only six Daytona Coupes built. It will be racing on track alongside eight genuine Shelby Cobras. The event will also showcase iconic vintage Ford Mustangs such as the Shelby GT350, the 1970 Mustang Boss 302 Trans-Am raced by Parnelli Jones and George Follmer and the Shelby Trans Am Mustang. An original Ford GT40 will also take part in the event.

Velocity Invitational takes place at WeatherTech Raceway Laguna Seca in Salinas, Calif., on November 11-14, 2021. The weekend will feature a gourmet food and wine pavilion, wine tasting tents, luxury spectator accommodations, static vehicle displays, vintage racing and more. All children 15 years old and under will be granted free access to the event when accompanied by an adult guardian. For more information and to purchase tickets, visit VelocityInvitational.com.

Velocity Invitational is dedicated to highlighting the best race cars and collections from the international community and the United States. The primary goal of the event is to showcase the best racing and sports cars the world has to offer while enjoying the finest wines and food in the region. For more information visit velocityinvitational.com or email info@velocityinvitational.com.