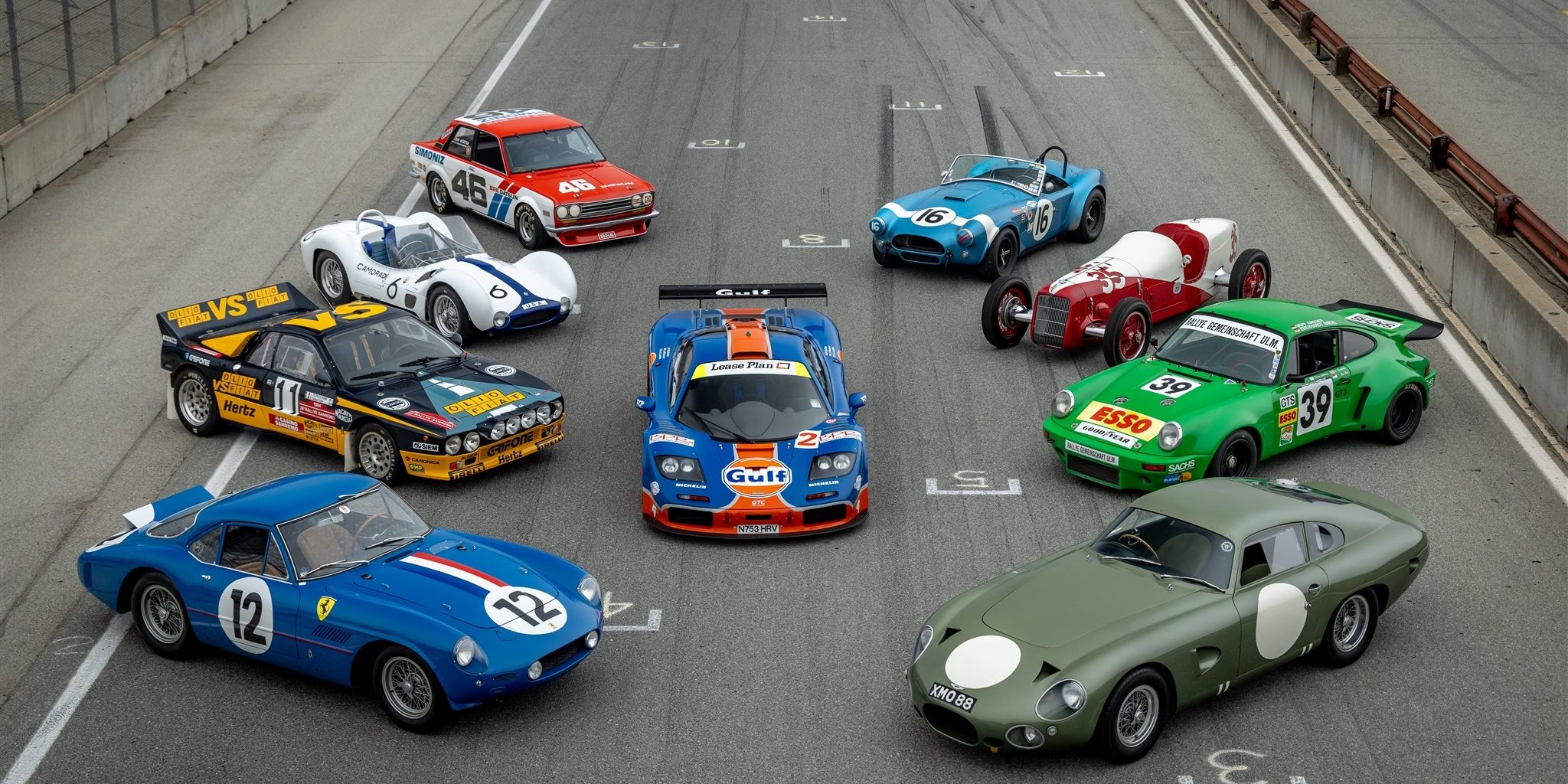 Larkspur, Calif. (October 16, 2022) – The Velocity Invitational wrapped up its annual event Sunday, concluding an exhilarating three-day weekend of vintage racing, special exhibitions, food and wine at WeatherTech Raceway Laguna Seca. From October 14-16, more than 15,000 attended the event throughout the extended weekend along with a live stream of the event being shared with over 600,000 followers across YouTube (syndicated by Goodwood Road & Racing) and other streaming platforms.

Highlights from the hundreds of iconic racecars including the 1996 McLaren F1 GT12R that competed 24 Hours Of Le Mans and took four wins in the 1996 BPR Global Sportscar Championship, driven by Tanner Foust throughout the weekend. Several other McLaren F1 road cars were in attendance, as well. For the first time ever, Mario Andretti, one of the most successful drivers in the history of motorsports, piloted a modern Formula 1 car (2013 McLaren MP4/28A).  IndyCar star Pato O’Ward and Formula 1 World Champion Mika Häkkinen spent time behind the wheel of Ayrton Senna’s 1990 F1 World Championship-winning car, the McLaren MP4/5B-07 and with Alain Prost’s MP4/2B-3, which won the 1985 F1 World Championship.

Among historic racecars, the event also hosted six rally vehicles from Seattle’s DirtFish Rally School ranging from the outrageous Group B Lancia Rally 037 and MG Metro 6R4 through some of Subaru’s best Imprezas and the Peugeot 206 WRC that dominated the World Rally Championship in the early 2000s. Cars from the lineup were driven and drifted by Alister McRae and his son Max McRae.

“Velocity Invitational was introduced with a vision of revitalizing the motorsports experience for all generations of enthusiasts and their families to enjoy,” said event founder Jeff O’Neill. “This is the only event in the United States that combines the best in food, wine and motorsports at this level. We are amazed by the support and excitement from the community and thank our partners, sponsors and everyone who attended for making this weekend such a success.”

Sophisticated hypercars from Hennessey, Czinger, Mclaren and Zenvo were seen both on track and on display in the paddock alongside hundreds of race cars from as early as 1920. The family-friendly nature of the event provided entertainment for attendees of all ages. The show’s Sip & Savor Pavilion also provided a hub for local vendors to offer gourmet food and wine tastings from brands like Robert Hall, Rombauer Vineyards, Langtry Farms and Ryder Estate.

Through a partnership with McLaren and Bring a Trailer, this year’s event conducted a successful charity auction offering a chance to bid on two tickets to Velocity Invitational and an exclusive ride-along experience in the McLaren Artura supercar, accompanied by Mika Hakkinen or Pato O’ Ward. The final bid finished at $3,200, which will go to Inspire Motorsport’s The Path to the Pits efforts to diversify the racing world and welcome new fans.

Velocity Invitational is dedicated to highlighting the best race cars and collections from the international community and the United States. The primary goal of the event is to showcase the best racing and sports cars the world has to offer while enjoying the finest wines and food in the region. For more information, visit velocityinvitational.com or email info@velocityinvitational.com.