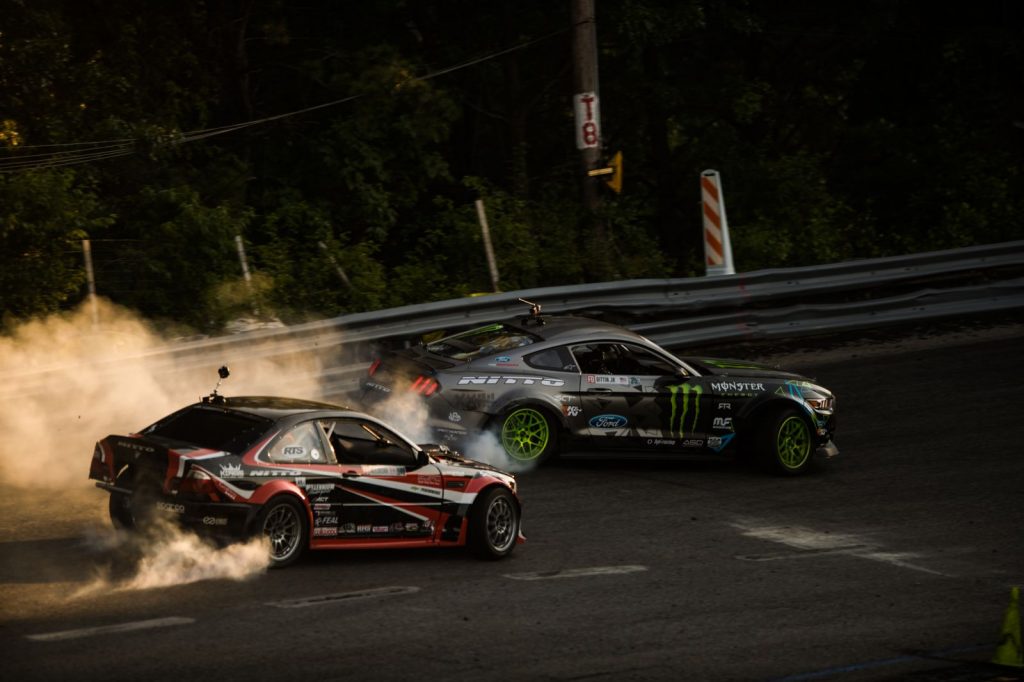 The Team Nitto driver won the event after qualifying in fourth, earning his ninth career win and tying Samuel Hubinette for the most Formula Drift wins.

Following a 91 point qualifying run, Vaughn Gittin Jr. battled his way through five rounds of competition against the series top drivers including former champions and up-and-coming rookies. In the finals, Vaughn faced off against his Drift Alliance teammate Chris Forsberg where Gittin drove his new Monster Energy / Nitto Tire Ford Mustang RTR to victory. With this win, Vaughn once again came out on top of the season points leaderboard and is now in the lead by 40 points.

This weekend’s win was one for the record books as well, marking Vaughn Gittin Jr.’s ninth Formula Drift career win. This ties the record currently held by Samuel Hubinette and positions Gittin to become winningest driver in Formula Drift history.

“We couldn’t be more excited for Vaughn and his crew,” said Harry Kong, Brand Publishing – Events & Motorsports for Nitto Tire. “We know how much effort they have put in over the years to make their team the dominant force in drifting and it is great to see them achieving that goal. Vaughn’s new 900-horsepower Mustang is amazing to watch on the track as it takes full advantage of all of the grip and control our NT05 tires have to offer.”

Vaughn Gittin Jr. wasn’t the only member of Team Nitto to finish on top at this weekend’s race either. Formula Drift Pro Series rookie and Team Nitto newcomer Alex Heilbrunn put together his best Formula Drift performance to date at the New Jersey race. Alex qualified in the Top 10 and fought his way into the Semi Finals where he squared off against fellow Team Nitto driver Vaughn Gittin Jr. Though he couldn’t quite match Vaughn’s speed and precision through the course, his performance was still good enough to earn him his first Formula Drift Pro Series podium finish.

The next race of the 2016 Formula DRIFT season will take place on July 15-16, 2016 at Autodrome St. Eustache in Montreal, Canada. For more information about Formula DRIFT, visit www.formulad.com, learn more about Nitto-sponsored drivers at www.nittoracing.com and complete details on Nitto tires can be found at www.nittotire.com. Join Nitto Tire on Facebook at www.facebook.com/NittoTire and on Twitter at @NittoTire. 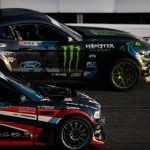