TIMELESS DESIGN AND HERITAGE TO BE CELEBRATED IN CALIFORNIA 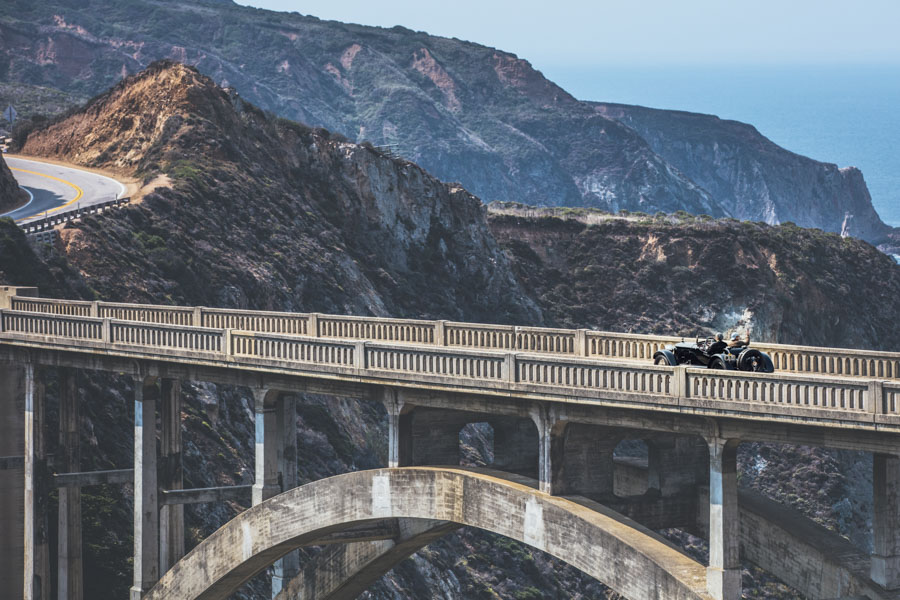 The world’s most preeminent car collectors, restorers and vintage racers will gather in California once again for The Pebble Beach Concours d’Elegance®, the Pebble Beach Tour d’Elegance® presented by Rolex, the Rolex Monterey Motorsports Reunion and The Quail, A Motorsports Gathering, from Thursday, August 15, 2019 through Sunday, August 18, 2019. Rolex’s partnerships with Pebble Beach Concours d’Elegance® and these Californian events celebrate ground-breaking craftsmanship and iconic style, values which continue to shape both the automotive and watchmaking industries. Below is a brief summary of America’s premier week of automotive events.

-Rolex began supporting the illustrious Pebble Beach Concours d’Elegance® in 1997 as part of its long-standing involvement with motorsport that dates back to the 1930s, when Sir Malcolm Campbell broke World Land Speed Records at the wheel of his car Bluebird.

-Mark Webber, the Rolex Testimonee and multiple Formula 1® race winner who will be attending the annual celebrations for the first time, considers the significance of the past:

-“We all like to look forward but it is equally important to reflect on what has been achieved and to appreciate the remarkable stories and legends of sport. Look at Mercedes Gleitze swimming across the English Channel in 1927 and Sir Malcolm Campbell breaking land speed records in the 1930s – Rolex was a part of these amazing feats. That’s why it is so important to celebrate events such as the Pebble Beach Concours d’Elegance. Rolex has such an authentic relationship with these events because of its long history and strong links to pioneering moments of the past.”

-This year, Bentley cars are set to make up almost a quarter of the entrants and will feature across six classes as the manufacturer marks its centennial year. Italian design house Zagato, which also celebrates its 100th anniversary, has a dedicated category.

-A delight for the senses, this parade roars to life in the morning hours as cars depart Portola Road, onto the famed Highway 1 and over the picturesque Bixby Bridge and back to Carmel-by-the-Sea, where they are displayed on Ocean Avenue during the afternoon in a pre-concours show that is open to the public.

-This is an opportunity to see and hear some of the rarest, most valuable and most significant vehicles from history moving under their own power and is one of the few events of the week that is open to spectators with no admission fee.

-IMSA has been announced as this year’s featured marque, and it will be the first time that an American racing organization has received this honor at the event.

-Racing will be broken up into 14 class specific run groups, and with IMSA as the honored marque several of the groups will highlight legendary race cars and classes from the past half century. The IMSA Prototypes class will include GTP, WSC, LMP and DP cars featuring heroes of Le Mans, Daytona, Sebring, Nürburgring, Targa Florio, Monza and more. The 1981-1991 IMSA GTO/GTU class will highlight the broad shouldered, fire-spitting class of cars that were a fan favorite in their era.

-Masters Historic Formula 1® and Masters Endurance Legends classes will showcase some of the most iconic race cars of all time, including Formula 1® entries from Lotus and Ferrari as well as endurance racing winners from manufacturers such as Audi and Porsche, all on track and competing under private ownership. This will be a unique opportunity to see iconic top-tier motorsports icons in action once more.

-In its 17th year, this distinguished event will present the 25th anniversary of the McLaren F1, 100 years of Bentley Motors and a tribute to the electric car movement among its featured themes.

-Judged by fellow entrants, car collectors compete to reach the Rolex Circle of Champions, where the vehicle of the highest caliber is awarded the Rolex Best of Show to reflect the Swiss watch brand’s ongoing commitment to excellence in both design and production.

-The Quail, a Motorsports Gathering will also host several new vehicle debuts including bespoke models from Bentley and Bugatti and the U.S. debut of the world’s most powerful hypercar, the Lotus Evija.