The RV Market is Exploding Thanks to COVID-19 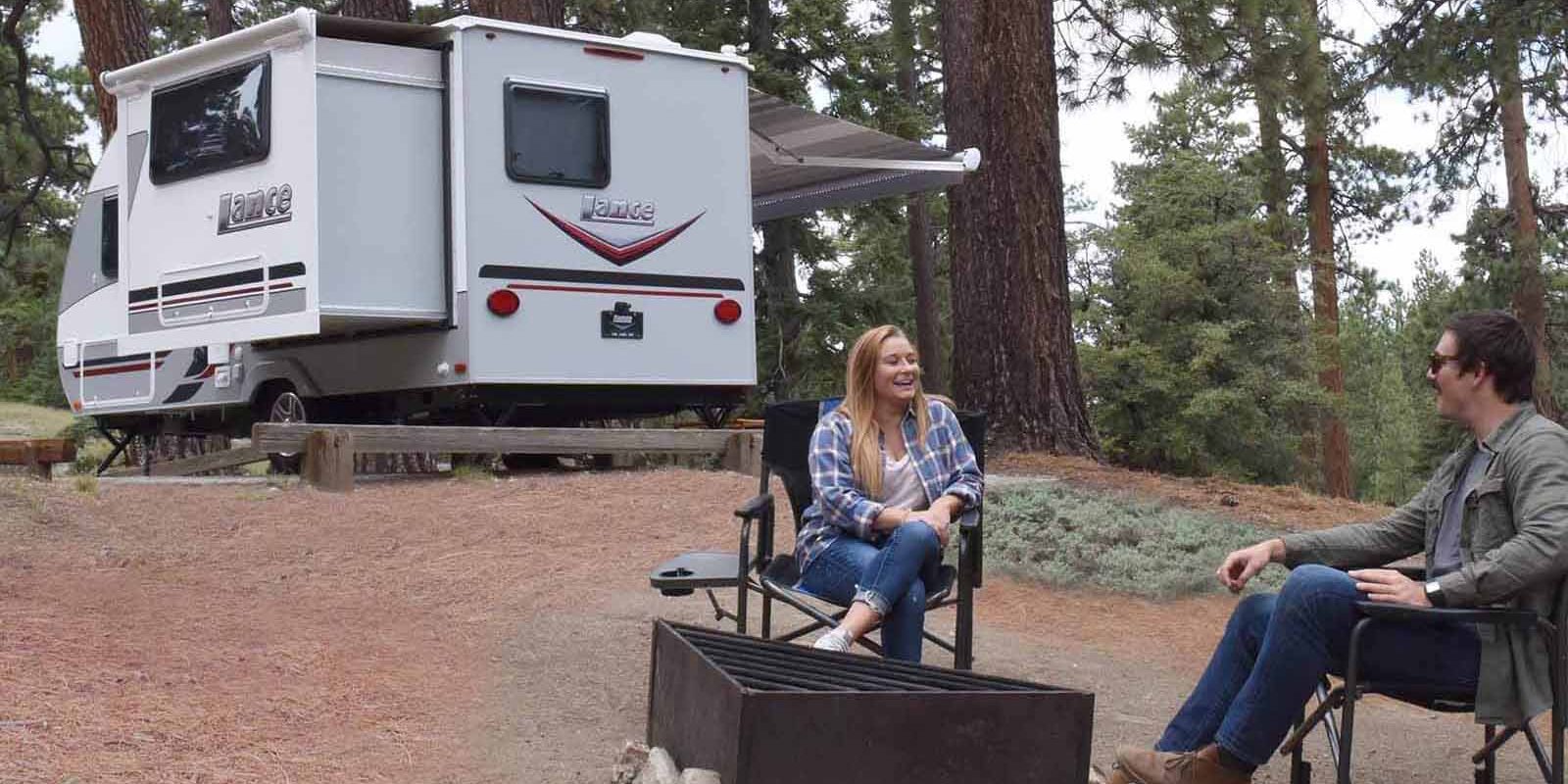 What a difference a year makes. In August of 2019, a double-digit drop in RV shipments was seen as a warning sign that a recession was around the corner. Because RVs are considered luxury items, sales are often considered a bellwether for economic anxiety. During the recession of 2008-09, the RV industry nosedived as fuel prices spiked, credit dried up and disposable income went down.

We’re now in the summer of 2020, less than a year after RV sales were in free fall, and the trend has completely reversed. The COVID-19 pandemic triggered a recession, but the RV market is the strongest it has been in decades.

What accounts for this reversal of fortune?

In May, Kampgrounds of America (KOA) released a report based on its survey of North American leisure travelers. Conducted in April 2020 when most states were still under stay-at-home orders, the results suggest a rebound in camping — which includes tents and RVs — in the second half of this year because it provides “a safe, accessible way to return to the outdoors while still maintaining acceptable social distancing standards.”

Not only will regular campers be taking trips that were postponed or already planned, other travelers plan to replace trips that included air travel and hotel/resort stays with camping trips that will be safer, closer to home and more affordable.

The KOA report also revealed that health and safety concerns related to COVID-19 were driving increased interest in RVs. More than half of campers (52%) say they are now likely to consider purchasing an RV, with the highest interest among Gen X (41%) and Millennials (33%).

Americans love to travel, especially during the summer when kids are out of school, days are longer and weather is warmer. But the COVID-19 pandemic forced many Americans to cancel or change their travel plans, particularly those that involve airline travel. The International Air Transport Association expects demand for air travel to remain low at least until 2023.

After weeks of being stuck at home, Americans are starting to travel again, but they’ve shifted gears so they can spend more time outdoors yet have a safe, self-contained place where they can eat, sleep, socialize and have private bathroom facilities. RVs allow people to avoid crowds, and with many offering amenities such as TVs and cellular/satellite Wi-Fi, remote workers can even take their office on the road.

According to research by Ipsos, more than 46 million Americans are planning to take an RV trip in the next 12 months. And 20% of Americans are more interested in RVs for travel in the aftermath of COVID-19 than other options, including car/tent camping, cruises, car/rental stays and air/rental stays. More than half (51%) of those planning to take an RV trip this year reported that current health concerns increased their interest in doing so.

Many RV manufacturers and dealers experienced sudden declines in sales in March and April as Americans pulled back on nearly all types of discretionary spending during stay-at-home orders. But in May, as lockdowns eased, more businesses opened back up and Memorial Day — the traditional start of summer — approached, many RV manufacturers saw a spike in sales and some have struggled to keep up with demand. RV dealers throughout the country saw increases in sales as high as 170% in May compared to the previous year.

The upward trend in May was backed up by data from Black Book, which reported that the average selling price was up 29% for motorized RVs and up 28% for towables compared to April. As dealers scrambled to keep up with the surge in demand, auction volume skyrocketed in May, increasing 108% for motorhomes and 98% for towables.

“It’s really an exciting time as many are discovering the awesome benefits of the RV lifestyle for the very first time,” said Bob Rogers, Director of Marketing at Lance Campers, a Lancaster, California-based manufacturer of ultra-light travel trailers and truck campers.

“Business is up more than 30% around the country as more and more campgrounds and public lands continue to re-open,” adds Rogers. “I like to refer to the RV as the ‘the ultimate social distancing machine.’ Making memories with family and friends while enjoying the great outdoors responsibly is what is so attractive about the lifestyle.”

Jonathan Feld, President of Sportsmobile West, a Fresno, California-based manufacturer of high-end 4-wheel-drive camper vans, said his company has had a backlog of orders for several years thanks to the popularity of the van life and tiny homes movements. When California’s Safer At Home order went into effect on March 20, 2020, Feld’s company shut down its operations. Sportsmobile West stayed closed for two months as the company did its part to help stop the spread of COVID-19.

Despite economic uncertainty and rising unemployment during the lockdowns, only two customers called to cancel their orders for Sportsmobiles. When people were stuck at home and began to consider the long-term implications of the pandemic, Feld said Sportsmobile West’s “phone started ringing off the hook and our website search trends and social media exploded.”

“People don’t want to fly,” said Feld. “An RV is the go-to way to travel right now, and our sales are up.” With a 12- to 18-month backlog on orders, taking delivery of a new Sportsmobile is a long-term commitment. Once the panic surrounding COVID-19 began to subside, Feld said one of the customers who canceled their order called back and asked if they could have their spot on the waiting list reinstated.

P.J. Tezza, CEO of ModVans, an Oxnard, California-based manufacturer of custom camper vans, said a few customers canceled their orders at the beginning of the pandemic due to financial difficulties. “Throughout the crisis, we’ve seen our customers decide to use RV financing instead of paying cash due to stock market declines or other uncertainty,” he said.

“However, even in the darkest times, we continued to receive online reservations and orders,” Tezza said. “Now that camping is allowed in many places and people are reluctant to travel by sea or air, we see a huge increase in urgent demand. Normally by June, people have already made summer travel plans. Our sales interest this June is easily double previous spring high points.”

Like Sportsmobile, ModVans has a long waiting list. But consumers are desperate to get out of the house and out of town right now, not a year from now. As a result, the value of used RVs has shot through the roof, and companies like Moterra that rent luxury camper vans such as Sportsmobiles have been booked solid.

For those who are new to the RV lifestyle, renting an RV provides an opportunity to try before you buy. Bookings on the peer-to-peer RV rental marketplace RVshare have nearly tripled since last year and they’ve increased by more than 1,600% since early April. Even at the high end of the market, with top-of-the-line motorhomes renting for upwards of $40,000 per month, has seen “unbelievable demand.”

To address concerns about cleanliness of rental RVs, online marketplaces like RVshare and Outdoorsy encourage owners to let RVs sit for 48 hours between rentals and follow strict cleaning and sanitization guidelines. Both also provide remote delivery, where the owner drives the RV to and from a campsite for an extra fee, alleviating concerns about operating motorhomes or towing trailers for first-time users.

Rather than a temporary blip, the rising tide of demand and sales for RVs will be around for years to come. Technavio recently released the results of its analysis of the RV market in North America. It predicts growth of nearly $10 billion during 2019-2023, progressing at a compound annual growth rate (CAGR) of over 8% during the forecast period.

Now is definitely a good time to be in the RV business, and if you’re fortunate to already own one, now is a great time to hit the road.