THE QUAIL, A MOTORSPORTS GATHERING TO HOST HOLLYWOOD STAR CARS FROM THE PETERSEN AUTOMOTIVE MUSEUM 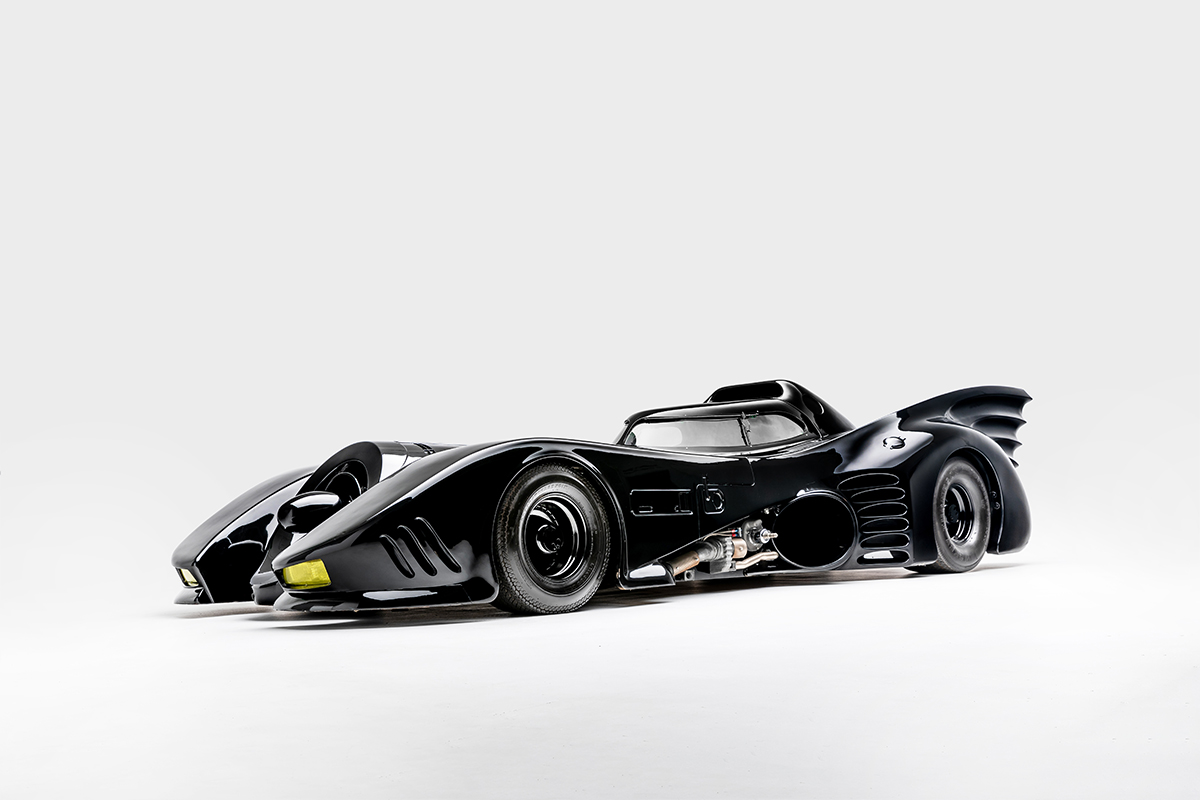 The world-renowned Monterey Car Week event will feature seven historic movie vehicles courtesy of the Petersen Automotive Museum, including the 1981 “Time Machine” from “Back to the Future;” the 1989 Batmobile from “Batman;”the LEGO Batcycle; the 1999 Mach 5 Prototype inspired by “Speed Racer;” the 1998 Volkswagen Beetle “Shagmobile” from “Austin Powers: The Spy Who Shagged Me;” the 1961 Volkswagen Beetle from “Herbie: Fully Loaded” and the 1946 Ford “Greased Lightning” from “Grease” on August 16, 2019 at the Quail Lodge & Golf Club.

Carmel, Calif. (July 26, 2019)– The Quail, A Motorsports Gathering has announced that it will showcase a curated selection of iconic Hollywood movie cars from the collection of the Petersen Automotive Museum as part of its annual event on Friday, August 16, 2019. The display will include six cars and one motorcycle in total, coming from some of Hollywood’s most beloved films.

The vehicles on display will include the legendary 1981 “Time Machine” used to travel from the year 1985 to 1955 in “Back to the Future;” the 1989 Batmobile driven by Michael Keaton in the 1989 “Batman” film directed by Tim Burton; the LEGO Batcycle; the 1999 Mach 5 Prototype race car inspired by the classic 1966 animated series “Speed Racer;” the 1998 Volkswagen Beetle “Shagmobile” driven by Mike Meyers in “Austin Powers: The Spy Who Shagged Me;” the race-prepared 1961 Volkswagen Beetle “Herbie the Love Bug” used by actress Lindsay Lohan in the 2005 film “Herbie: Fully Loaded;” and the 1946 Ford “Greased Lightning” that was customized by world-famous custom car builder George Barris for the 1975 movie musical “Grease.”

“The Quail, A Motorsports Gathering is proud to welcome these Hollywood icons to our 17th Annual celebration,” said Gordon McCall, Director of Motorsports for The Peninsula Signature Events. “These vehicles from the Petersen Automotive Museum have entertained and inspired so many of us on the silver screen and we’re sure they will be a highlight of our 2019 event.”

In addition to the special display of Hollywood star cars, The Quail, A Motorsports Gathering will feature three special classes for 2019. These classes include “100 Years of Bentley Motors,” “The 25th Anniversary of the McLaren F1” and “A Tribute to the Electric Car Movement,” all of which will run alongside the traditional world-class display classes on the scenic rolling fairways of the Quail Lodge & Golf Club. Highlight vehicles from these classes will include a 1929 Bentley Le Mans, a 1926 Bentley Speed Six, a 1958 Bentley S1 Continental Coupe by Park Ward, a 2018 Bentley Supersports, a one-of-ten McLaren F1 GTR Longtail and the unique 1965 Volkswagen Beetle Zelectric Sedan electric car prototype.

As always, the show will offer a family and pet-friendly environment. Guests will be treated to a unique garden-party setting highlighted by the array of culinary pavilions, award-winning wine vendors, and the Fireside Chat Series. Guests will also be invited to attend the Bonhams Quail Lodge Auction taking place concurrently on the Quail Lodge Farm Field.