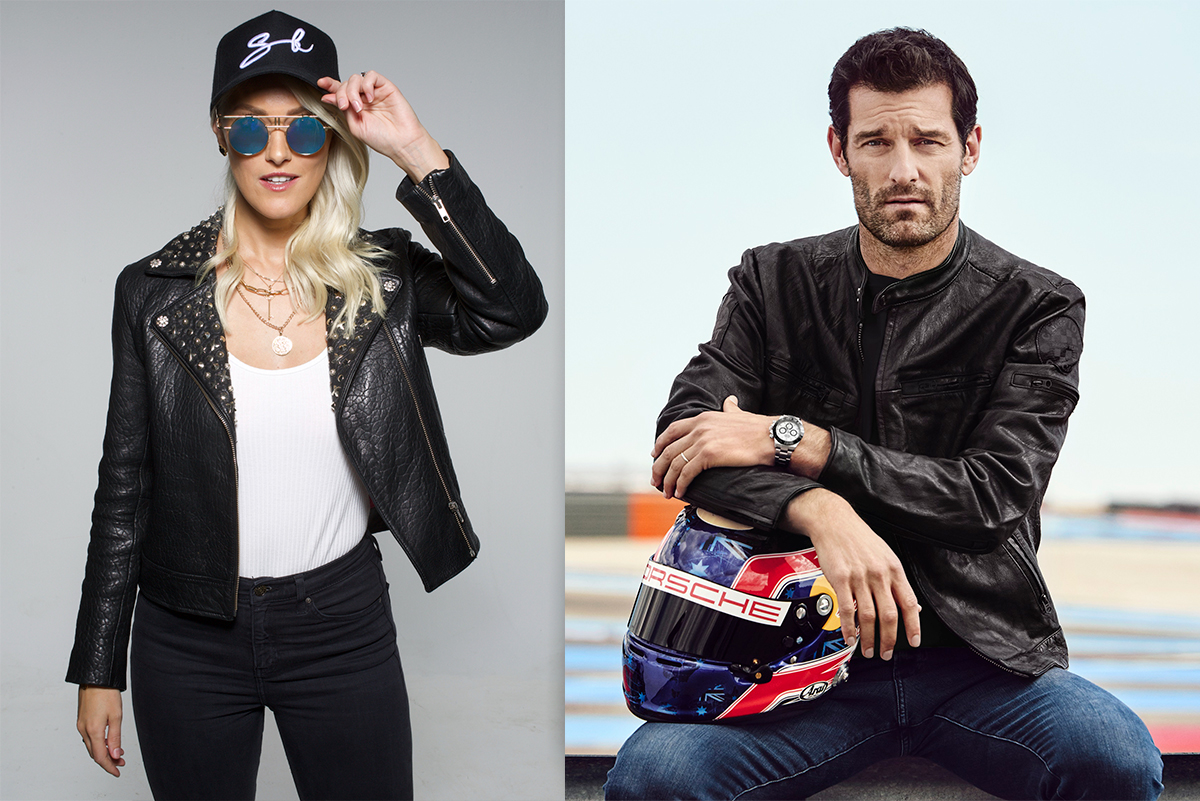 Carmel, Calif. (August 8, 2019) – The Quail, A Motorsports Gathering announced today it will host a series of three Fireside Chat panels at the annual event on Friday, August 16, 2019. These panels will include discussions with a wide variety of automotive enthusiast leaders, including conversations with two-time Monaco Grand Prix winner and 2015 FIA World Endurance Champion Mark Webber; automotive influencer and social media entertainer Alex Hirschi, also known as Supercar Blondie; along with a surprise guest.

Fireside Chat discussions are a hallmark of The Quail, A Motorsports Gathering, offering attendees an up-close and relaxed conversation between some of the leading figures in the automotive community. Among the highlights of this year’s panelists will be Mark Webber. Webber’s achievements in the automotive world are manifold, from a 13-year career in Formula 1 including nine race victories, 42 podium finishes, 13 pole positions and 19 fastest laps; to an endurance racing career that included claiming the 2015 FIA World Endurance Championship and a second-place finish in the 2015 24 Hours of Le Mans. Outside of the drivers’ seat, Webber has been an enthusiast of long-distance mountain biking, an ambassador for Porsche and a Formula 1 broadcast commentator in his native Australia. Webber’s Fireside Chat panel is scheduled for 2:30 PM on the day of the event.

Another expected highlight of the event will be a Fireside Chat panel with Alex Hirschi, known to fans as Supercar Blondie. With over 12 million social media followers, Hirschi is one of the most followed automotive social media entertainers in the world. Her content has earned her several major awards, including Esquire Middle East magazine’s 2018 Influencer of the Year award. In addition to her social media work, Hirschi hosted a talk radio show in Dubai from 2012 to 2017 and will debut her first television show, “Car Crews with Supercar Blondie,” on August 22, 2019. Hirschi’s Fireside Chat panel will be moderated by noted automotive journalist Hannah Elliott. Elliott is one of the most prominent female voices in modern automotive journalism, having written on cars, culture, travel and luxury for outlets including Bloomberg, Forbes, The Los Angeles Times, Time Magazine and the Chicago Tribune. This Fireside Chat panel is scheduled for 12:30 PM on the day of the event.

“The Quail, A Motorsports Gathering is excited to welcome these incredible personalities for our 2019 Fireside Chat panels,” said Gordon McCall, Director of Motorsports for The Peninsula Signature Events. “It’s an honor to host these leading voices in our community to share and inspire enthusiasts with their stories.”

In addition to Mark Webber and Alex Hirschi, The Quail, A Motorsports Gathering will host a third Fireside Chat panel with a surprise special guest. More details on this guest will be available on the day of the event, and this panel is currently scheduled for 11:30 AM.

In addition to the Fireside Chat panels, The Quail, A Motorsports Gathering will feature three special classes for 2019. These classes include “100 Years of Bentley Motors,” “The 25th Anniversary of the McLaren F1” and “A Tribute to the Electric Car Movement,” all of which will run alongside the traditional world-class display classes on the scenic rolling fairways of the Quail Lodge & Golf Club. Highlight vehicles from these classes will include a 1929 Bentley Le Mans, a 1926 Bentley Speed Six, a 1958 Bentley S1 Continental Coupe by Park Ward, a 2018 Bentley Supersports, a one-of-ten McLaren F1 GTR Longtail and the unique 1965 Volkswagen Beetle Zelectric Sedan electric car prototype.

The show will offer a family- and pet-friendly environment. Guests will be treated to a unique garden-party setting highlighted by the array of culinary pavilions, award-winning wine vendors, and a Fireside Chat Series. Guests will also be invited to attend the Bonhams Quail Lodge Auction taking place concurrently on the Quail Lodge Farm Field.