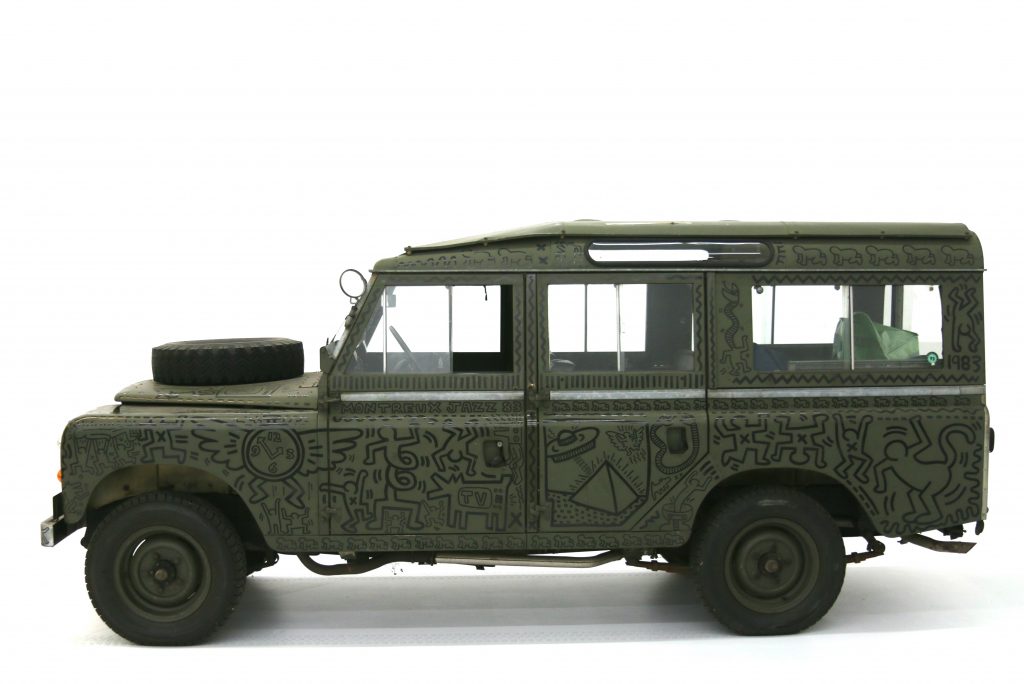 The Petersen Museum will celebrate the debut of the 1971 Land Rover Defender, painted in 1983 by Keith Haring, on Thursday, July 28th, 2016. Following the unveiling, the car will be on display for the public to see on the museum’s first floor.

Los Angeles, Calif. (July, 2016) – Part of the Petersen Automotive Museum’s mission since reopening has been to display automobiles as works of art. In the case of its newest exhibition, the car literally is art. It’s with great pleasure that the Petersen Automotive Museum announces the temporary acquisition of the 1971 Land Rover Defender painted in 1983 by beloved New York artist Keith Haring. The vehicle will be displayed in the lobby of the Petersen until the end of the year. There will be a party to celebrate the vehicle on Thursday, July 28th, 2016 from 6:30-9PM.

Keith Haring’s work has become instantly recognizable in the years since his untimely death in 1990. His use of primitive shapes and color to express themes of birth, death, sexuality, and war was born out of the New York street art movement of the early 1980s. A contemporary of Kenny Scharf and Jean Michel Basquiat, Haring first began to develop his style by sketching in chalk on blackboards in the subway and eventually began to work in more visible areas at a larger scale. His famous “Crack Is Wack” mural is visible from the FDR and was initially done without city approval, though it is now protected.

“Keith Haring had such a unique and recognizable style, one that has become beloved by countless people around the world,” said Petersen Chief Marketing Officer Adam Langsbard. “He used his art to speak for people who didn’t have a voice and we at the Petersen are absolutely honored to be able to display such a unique work by Mr. Haring. Working with Adam Lindemann on this project has been a wonderful process and we can’t wait for people to experience this wonderful piece of art.”

The Land Rover is a cultural icon in its own right, conceived by the Rover Company in 1947 as a rugged off-roader capable of military, civilian and agrarian roles. The Land Rover Series I entered production in 1948 and immediately found a market in the UK and abroad in both standard and station wagon body configurations. The vehicle evolved over the course of a quarter century and in 1971 the Series III debuted with a refined interior and more power. The Haring Defender – which features whimsical art over olive drab paint on a vehicle designed at least in part for military use – is a study in contrasts and its simple, utilitarian shape combined with its staid color scheme works beautifully with Haring’s drawings.

The unveiling party will take place on Thursday, July 28 from 6:30-9 PM and will feature a conversation with Haring’s friend and contemporary Kenny Scharf, as well as noted car and art collector Adam Lindemann, after which the Land Rover will be officially unveiled to the public. Tickets for non-members are $20 and $10 for members. Wine and cheese will be available.

About the Petersen
The Petersen Automotive Museum Foundation is a non-profit 501(c)(3) charity. The Museum is located at 6060 Wilshire Boulevard (at Fairfax) in Los Angeles, California, 90036. Admission prices are $15 for general admission adults, $12 for seniors and students with ID, $7 for children ages 3 to 12. Active military with ID, personal care attendants and children under three are admitted free. Museum hours are 10am to 6pm. For general information, call 323/930-CARS or visit www.Petersen.org. 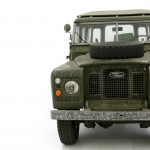 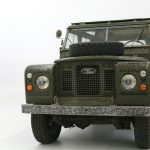