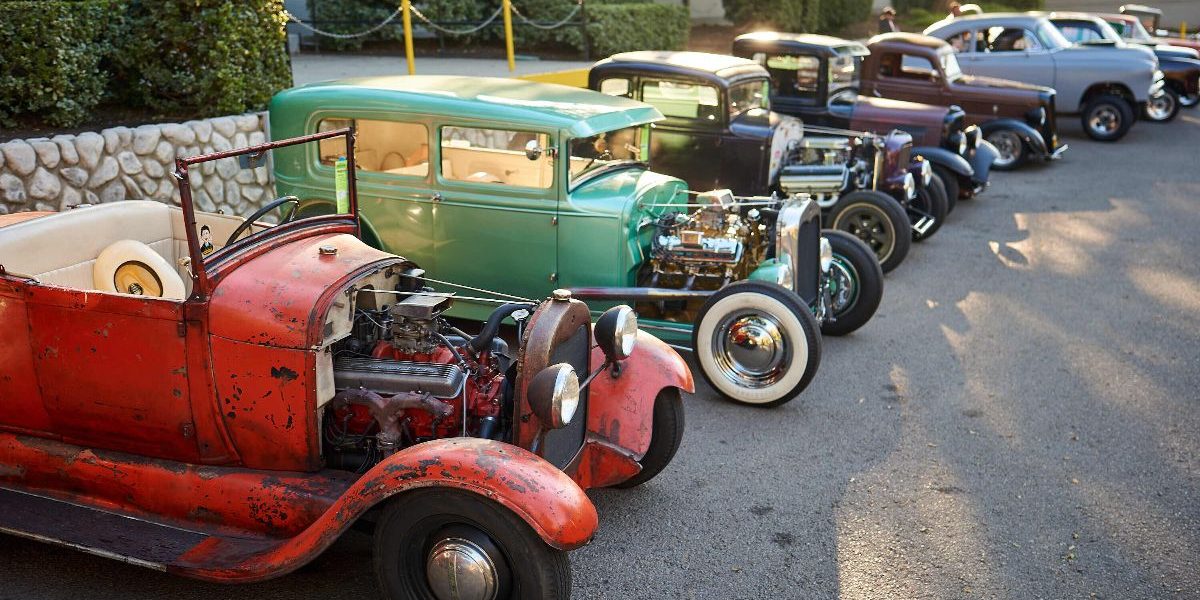 This year’s show will also feature an expanded outdoor Grand Daddy Drive-In, a celebration of the 90th anniversary of the ’32 Ford and “A Gathering of Hot VWs” showcase

Pomona, Calif. (January 21, 2022) – The Grand National Roadster Show returns to the Pomona Fairplex Jan. 28-30 with hundreds of the best hot rods, customs, lowriders, muscle cars, trucks and motorcycles from across the country. In a special one-time-only outdoor display, the Grand Daddy Drive-In will celebrate the 90th anniversary of the 1932 Ford with hundreds of ’32 Fords presented by C.W. Moss & So-Cal Speed Shop. Inside the feature building will be “A Gathering of Hot VWs” presented by Hot VWs Magazine and EMPI.

Known as “The Deuce,” The ‘32 Ford is a quintessential hot rod with its affordability and versatility making it a popular choice for customization in the early post-war era. The car has remained popular with hot rodders over the decades, who have reinvented its shape and performance thousands of times over. The 90th anniversary of the 1932 Ford will celebrate the car in its many forms, each unique to its owner.

The show will also feature a special “A Gathering of Hot VWs” building presented by Hot VWs Magazine and EMPI. This display will house some of Volkswagen’s best custom creations, including Beetles, Buses, Ghias and buggies.

“This is a community event for auto enthusiasts of all ages with something for everyone from veteran builders to first-time visitors alike,” said John Buck, producer of the Grand National Roadster Show. “We are excited to gather again after two years, bringing together the hot-rod community and celebrating these machines we all love. We couldn’t be more thrilled to return as one of the largest and longest-running car events in a region so in love with the automobile.”

As many as 800 vehicles are expected outside at the Grand Daddy Drive-In, while 500 more will be on display indoors as part of the Grand National Roadster Show. One ticket will give spectators access to all the cars, live bands, entertainment and food vendors with a variety of meal options. The Suede Palace will take guests back to the 40s, 50s and 60s with cars, clothes and music to match, while a pinstripers charity auction raises funds for a good cause.

Inside, 12 roadsters from the top builders in the country will compete for the coveted “America’s Most Beautiful Roadster” (AMBR) award. The winner will receive the $12,500 prize and their name on the nine-foot-tall perpetual trophy provided on behalf of award sponsor ARP Fasteners, as well as a smaller version of the nine-foot trophy to take home.

In addition to the AMBR competitors, approximately one dozen custom vehicles will compete for the “Al Slonaker Memorial Award,” which is awarded to the best car or truck that is not competing for the AMBR award. This year’s winner will be presented with their name on the 4.5-foot-tall billet perpetual trophy built by ARP Fasteners as well as the $12,500 prize and a smaller version of the big trophy to take home.

Ticket and Event Entry Information
Tickets to the Grand National Roadster Show are available online at www.hotrodshows.com and in-person at O’Reilly Auto Parts Stores. To move forward with the 2022 show, entry guidelines will comply with Los Angeles County COVID mandates that currently require a vaccination card or negative COVID test within 72 hours of arrival for event entry, and masks are required indoors.

About Rod Shows
Based in the automotive cultural hub of Southern California, Rod Shows produces the West Coast’s premier indoor hot rod and custom shows including the Grand National Roadster Show and the Sacramento Autorama. Its professional show management team sets the highest standards for top quality competition and displays with every show and personally visit the country’s top automotive coachbuilders and events throughout the year, ensuring the Best of the Best participate in its events.  For more information, visit www.rodshows.com.