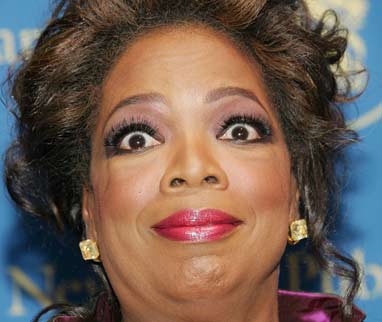 I’ll admit, I’m not a huge fan of Twitter on a personal level. I understand its marketing potential. In fact, one of my clients uses Twitter to keep people updated during races and events to great effect. So it certainly has its purpose.

My issue with the service is that, like every other “hot new trend” in social media, once a few “gurus” start talking about how incredible something is and the masses flock to it, the results are rarely good in the long term for the platform. Need I remind everyone of the original uber-social media site, MySpace, and what happened in the months after Rupert Murdoch’s NewsCorp purchased it. They sold ad space to any corporation willing to write a check, made the site clunky and slow, and it has now lost the war with Facebook (badly) and just lost its CEO.

So with that in mind, everyone is Tweeting… even people who probably shouldn’t be. Ashton Kutcher and CNN had a race to one million followers, and everyone’s favorite cougar-bait beat the news network handily. The true winner in that battle, however, was Twitter. The race gave the site major mainstream media coverage – enough that Ms. Oprah Winfrey herself jumped into the Twitter fray.

Oprah’s first tweet was less than stellar (in all caps no less… reminds me of a former boss who send every message in all caps, fully knowing it meant he was screaming). It was the Tweet heard ’round the world, and according to HitWise, the site went bonkers. Below is the percentage of internet users on Twitter and what happened the day Oprah logged in.

That’s a 24% increase in ONE DAY! Crazy, right? So does this mean Twitter is the next big thing? Sadly, yes… until the general public gets so wrapped up in it that blundering, irresponsible corporate communicators jump in, handle the campaigns poorly (a’la Myspace, see above) and turn off the influencers. Then they’ll jump ship for the next thing, and the cycle will repeat.

In the meantime, some advice:

If you decide to sign your company up for a Twitter feed, keep it simple and relevant. No need to send everyone an update every time you get gas or buy a candy bar. Share images. Keep it interesting. Content is always king, especially when you have to compete with Oprah.