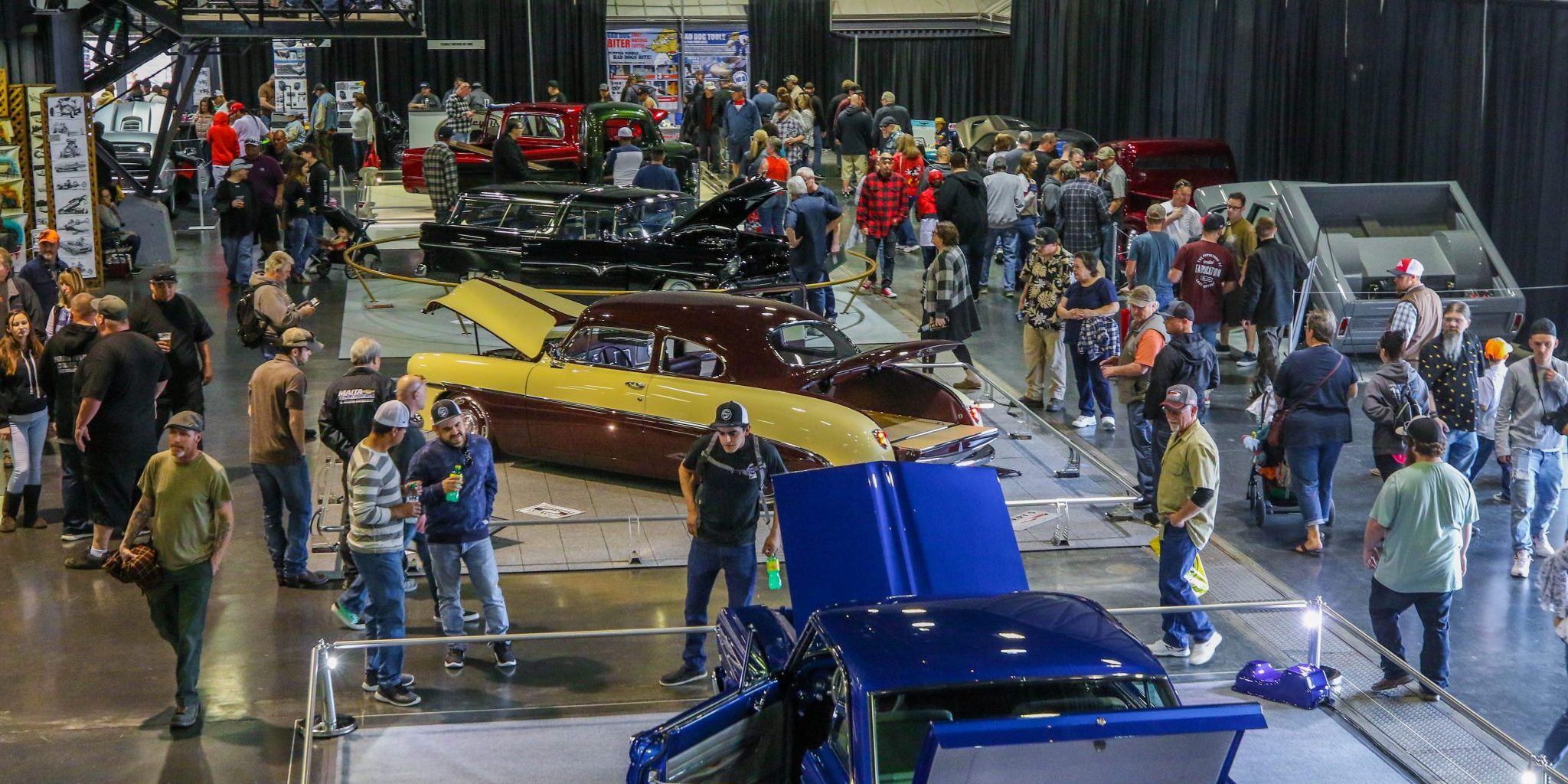 Sacramento, Calif. (April 4, 2022) – The Sacramento Autorama returns to the Cal Expo Fairgrounds in Sacramento, California April 29 to May 1, 2022. The three-day event presented by O’Reilly Auto Parts will feature over 500 hot rods, customs, lowriders, muscle cars, trucks and motorcycles from across the country, with up to 400 additional vehicles expected to participate in the 14th Annual Sacramento Autorama Drive-In.

Participating vehicles will include new builds and some of the top customs from across the country. In addition to the ’32 Ford celebration and special Tri-Five Chevy display, 2022 Builder of the Year Jason Standley of Standley Brothers Hot Rods will be honored, along with the winners of the Grand National Roadster Show’s “America’s Most Beautiful Roadster” and “Al Slonaker Memorial Award.”

This year’s additional featured events and vehicles include:

14th Annual Sacramento Autorama Drive-In
The three-day outdoor Autorama Drive-In is open to all pre-1987 cars and trucks, with no motorcycles allowed, and all vehicles must be driven into the event. This year’s Drive-In celebrates 90 years of the ’32 Ford. Several magazines, including Modern Rodding, All Chevy Performance and Classic Truck Performance, will name Editor’s Pick awards all three days.

“Custom d’Elegance” Awards
The most prestigious Sacramento Autorama award, the “Custom d’Elegance” now presented by ARP Fasteners, will be given to the best chopped, channeled or sectioned vehicle from 1936-1964 that embodies the true spirit of a classic custom. Custom owners and builders across America will be competing for the title and the $5,000 purse courtesy of ARP. In addition, cars will compete for the “King of Kustoms” award and the “Big B Awards,” which include the “Dick Bertolucci Automotive Excellence Memorial Award,” “Candy Apple Joe Bailon Memorial Award,” “Sam Barris Memorial Award” and “World’s Most Beautiful Custom, H.A. Bagdasarian Memorial Award.”

Lowrider Showcase
The Lowrider Showcase returns for its fifth year and will be in the Pavilion and outside surrounding grounds with over 250 custom lowriders. Hosted by Raj Reddy and Jay Walding, it will feature some of the lowrider community’s finest lowriders, bombs, bicycles, and motorcycles.

Pinstriper Charity Fundraiser
The show will again host the popular Jammin at the Autorama pinstriping charity fundraiser, where show attendees can watch the best pinstripers in the nation create custom works of art live during the show. You may also have your own personal items pinstriped on site for a small fee. All creations will be up for auction, with 100% of the proceeds going to the University of California Davis Children’s Hospital.

About Rod Shows
Rod Shows produces the West Coast’s premier indoor hot rod and custom car shows, including the Grand National Roadster Show and the Sacramento Autorama. Its professional show management team sets the highest standards for top-quality competition and displays with every show and personally visit the country’s top automotive coachbuilders and events throughout the year, ensuring the Best of the Best participate in its events. For more information, visit www.rodshows.com.