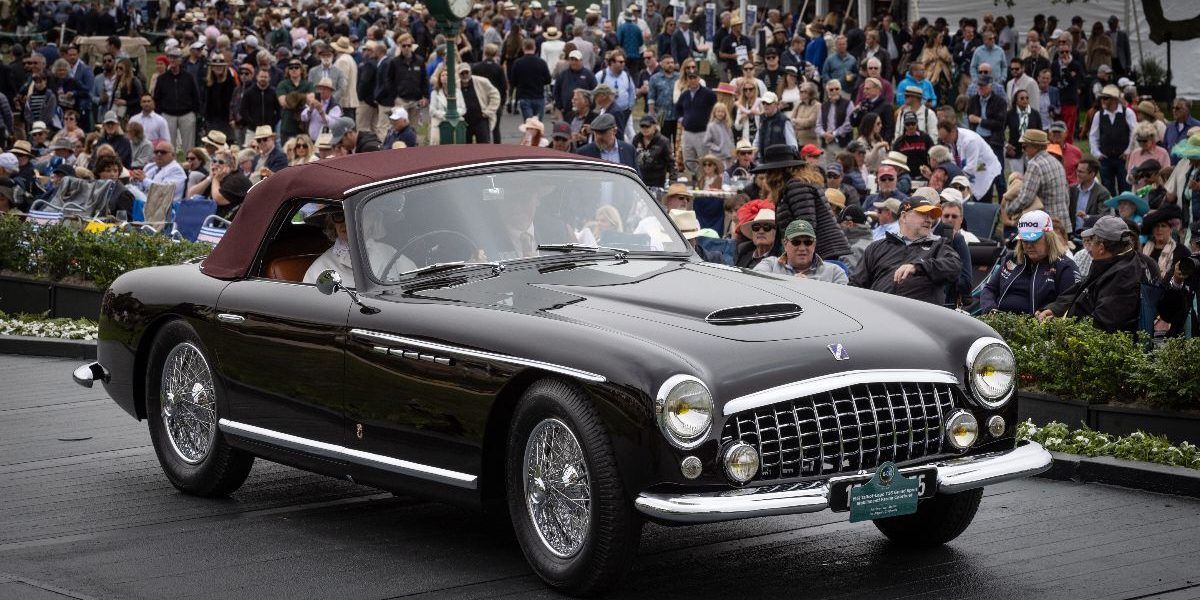 PEBBLE BEACH, CALIF. (August 22, 2022) – The 1951 Talbot-Lago Type 26 Grand Sport Stabilimenti Farina Cabriolet from the Mullin Automotive Museum collection was awarded the “Best in Class” prize for the Talbot-Lago Grand Sport Line, at the Pebble Beach Concours d’Elegance. The car was also a finalist for the coveted “Best of Show” award. Owner Merle Mullin was on hand to accept the award, as the vehicle drove across the famous stage.

“We are honored to receive the ‘Best in Class Talbot-Lago Grand Sport’ award from the Pebble Beach Concours d’Elegance,” said Mullin Automotive Museum Founder and CEO Peter Mullin. “The Pebble Beach Concours is a flagship event for the entire automotive community and we were elated to be considered for Best of Show as well as win our class. Sharing this exquisite vehicle with enthusiasts and collectors from around the globe at one of the most historic shows always presents a wonderful opportunity.”

This example is one of 36 Grand Sport models, however, this model is the only known Talbot-Lago Grand Sport produced with Italian coachbuilding from the Stabilimenti Farina firm, reflecting an Americanized style. In 1950 a Portuguese car collector ordered this car and sent it to the aforementioned Italian coachbuilding firm, to become a special one of one vehicle. The owner demanded the wooden model used to create the car, be destroyed so nobody have anything similar.

When brought back to Lisbon, another car afficionado, Jacques Touzet fell in love with the car, and courted the owner for two years, until he finally sold the one-off vehicle to Touzet in 1953. Touzet owned the car up until 2000 when it passed through one more owner, and eventually onto Peter Mullin.

The car was fully restored in 2006 and made a debut at the 2010 Pebble Beach Concours d’Elegance where it won First in Class. The vehicle is co-owned by Peter and Merle Mullin but resides under the care of the Mullin Automotive Museum.