TEAM NITTO TIRE SWEEPS THE PODIUM AT KING OF THE HAMMERS 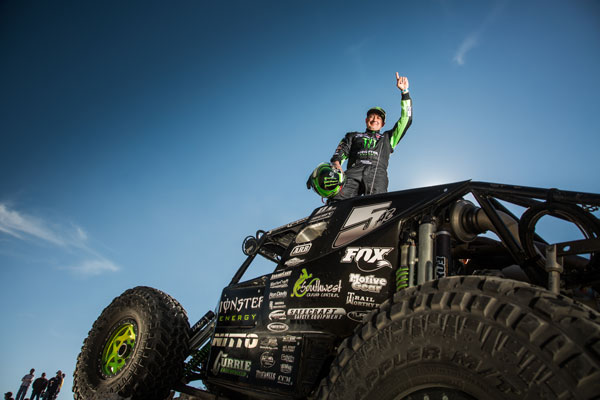 Cypress, Calif. (February 12, 2017) – Nitto Tire U.S.A., a leading manufacturer of off-road and street performance tires, is excited to announce that Team Nitto drivers Shannon Campbell, Wayland Campbell, and Jason Scherer have swept the 2017 King of the Hammers podium while 2016 champion Erik Miller finished just behind in fourth place. This victory makes Shannon Campbell the first three-time winner of the prestigious race and is the first time a tire manufacturer has swept the podium in the race’s 10-year history.

The 2017 Ultra4 Racing season kicked off this week with the annual King of the Hammers race held in Johnson Valley, California. One of the toughest off-road races in the world, King of the Hammers tests the limits of its drivers and their custom race buggies as they navigate the 181-mile course, which includes both high speed desert running with technical rock crawling, in less than 10 hours. This year, Team Nitto drivers Jason Scherer, Loren Healy and Erik Miller along with Wayland, Shannon, and Bailey Campbell, once again were able to compete at their best thanks to the tried and true Nitto Trail Grappler tires. In one of the closest King of the Hammers finishes yet, Shannon Campbell clinched his third KOH victory while Wayland Campbell, Jason Scherer and Erik Miller finished shortly behind him, followed by JP Gomez and Josh Blyler. All drivers and teams were competing on Nitto’s race specification of the Trail Grappler M/T light truck tire.

“Everyone at Nitto Tire is extremely proud of what our talented team of drivers has once again accomplished at this extremely challenging race,” said Chris Corbett, Nitto Tire U.S.A.’s Events and Motorsports Manager. “Shannon Campbell has once again shown that he is the dominant force in off-road racing and we are proud to have been a part of his unmatched success at King of the Hammers and in the Ultra4 series. It was also fantastic to see Shannon’s son Wayland become a real contender in this race and we know it is only a matter of time until he gets his first KOH win.”

This year’s King of the Hammers race was one of the most hard-fought races to date. Throughout the entire day every one of the top contenders remained within sight of each other, constantly swapping out who was in the lead position. After battling their way past a broken-down competitor early in the race, Jason Scherer, Wayland Campbell, Shannon Campbell, and Erik Miller pulled out into a commanding lead. By the sixth hour of the grueling race the lead had changed multiple times and it was still anyone’s race. As the drivers emerged from the final obstacles, Wayland Campbell had opened up a physical lead over his father Shannon Campbell and crossed the finish line ahead of him. But when the dust settled and times were calculated, Shannon Campbell had come out on top by a mere 28-seconds.

For more information about Ultra4 Racing, visit www.ultra4racing.com. To learn more about Nitto Tire, please visit Nitto on Facebook at www.facebook.com/NittoTire, on Twitter at @NittoTire, on YouTube at www.youtube.com/NittoChannel, or at www.nittotire.com. 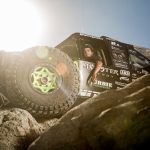 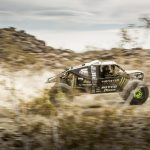 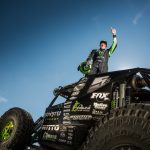 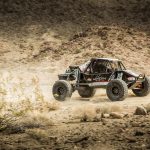 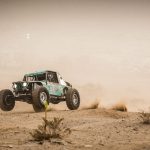 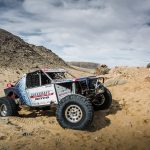 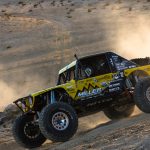