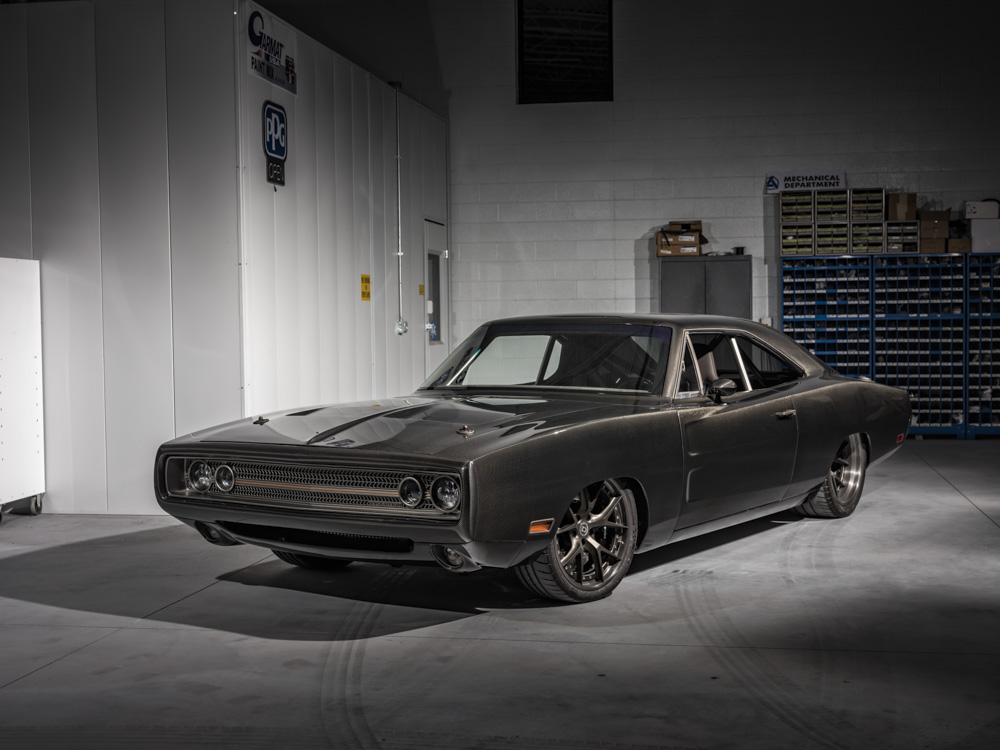 Being shown to the general public for the first time, the carbon fiber-bodied 1970 Dodge Charger known as “Evolution” and the custom carbon fiber 1970 Ford Mustang Boss 302 built for Robert Downey Jr. will be on display at the world’s longest running indoor car show January 25-27, 2019

Grafton, Wis. (January 2019) – SpeedKore, the American performance company known for its carbon fiber vehicles and pre-preg carbon fiber body parts, will publicly debut two of its most popular vehicles at the 2019 Grand National Roadster show in Pomona, California. The first vehicle, the 1970 Dodge Charger known as “Evolution,” was first unveiled at the 2018 SEMA Show and features a complete carbon fiber body with a modified powerplant from the current Dodge Demon. The second vehicle, the 1970 Ford Mustang Boss 302 built for actor Robert Downey Jr., was originally unveiled at the 2017 SEMA Show where it received the Ford Motor Company’s “Best in Show” design award.

“Evolution” is powered by the same 6.2-liter supercharged V8 found in the SRT Dodge Demon which, after a few upgrades, now produces 966 horsepower to the rear wheels through its Tremec six-speed T-56 transmission. The increase in power comes by way of larger fuel injectors, a dry-sump lubrication system, a smaller drive pulley for the supercharger and a custom intake and exhaust manifold designed in-house by SpeedKore. The powerful engine rests atop a custom 3D-designed SpeedKore two-inch by three-inch box frame chassis designed and manufactured by SpeedKore. The vehicle rides on Penske coilover dynamic adjustable shocks and HRE forged wheels wrapped in Michelin Pilot Sport tires and is brought to a stop via Brembo GT monoblock calipers and 14-inch drilled and slotted rotors. The full-carbon fiber body is complemented by a custom billet aluminum front grill, door handles and fuel cap with an anodized finish. The interior was custom designed by SpeedKore and features a 14-point roll cage neatly tucked amongst the carbon fiber door and quarter panels which serve as an accent to the cigar-brown leather on the custom upholstered Recaro seats and throughout the interior of vehicle.

Robert Downey Jr.’s 1970 Ford Mustang Boss 302 came to be after Downey approached SpeedKore to create his vision of a modernized Mustang. His vision for the vehicle was to incorporate carbon fiber components into the body while retaining the classic style of the 1970 body style, update the performance and handling capabilities to that of a modern supercar while creating an interior that draws inspiration from European styling. The Mustang’s body received a full complement of SpeedKore carbon fiber body panels, replacing the hood, fenders, bumpers, deck lid, chin spoiler, quarter extensions and valence to save weight. While the car was finished with a custom paint color from PPG, stripes of the carbon fiber has been left exposed through a glossy clearcoat to generate a nice contrast between the two.

The Boss 302 is powered by a 5.0-liter V8 Aluminator engine from Ford Performance fitted with a Roush Stage II supercharger. The engine is attached to a Bowler T56 magnum six-speed transmission and routes power to the rear wheels through a Detroit Speed Ford 9-inch rear differential. The vehicle remains planted thanks to a Detroit Speed and Engineering Aluma-frame suspension system in the front and a Quadralink in the rear. In order to create additional clearance for the massive 345/30ZR19 Michelin Pilot Super Sport tires in the rear, the vehicle was outfitted with DSE mini tubs. To match the period-correct exterior color of the vehicle, the Recaro seats, dash and the remaining interior components were wrapped with a brown leather and contrasting woven fabric not commonly used in automotive interiors. The rear seat was removed in lieu of a seat delete which covers the rear wheel tubs. The cockpit was then finished with a Vintage Air climate control system and SpeedKore-designed, CNC machined custom steering wheel.

“We are incredibly excited to showcase these two vehicles at the 2019 Grand National Roadster Show” says Salvaggio. “After receiving such an exceptional response during their respective debuts at the SEMA Show, we are looking forward to seeing the reaction of the enthusiast audience to these vehicles which we believe provide a glimpse into the future of custom car building.”

For more information on “Evolution” the 1970 Dodge Charger and the 1970 Ford Mustang Boss 302, SpeedKore and SpeedKore carbon fiber parts, please visit www.speedkore.com or stay connected with the team on Facebook and Instagram.

ABOUT SPEEDKORE
SpeedKore™ Performance Group is an American performance company where engineers and artisans combine traditional craftsmanship with cutting edge technology. The SpeedKore high performance vehicles are engineered and built as limited editions or one-off, custom builds. SpeedKore is known for its use of pre-impregnated carbon on classic and late model vehicles builds as well as a wide variety of aftermarket body panels, parts and accessories. SpeedKore’s 1970 Dodge Charger, “Evolution,” received one of five Goodguy GOLD awards at the 2018 SEMA Show. Its all-carbon fiber 2017 Ford Mustang GT Fastback and it’s 1970 Ford Mustang Boss 302 were awarded the prestigious “Best in Show” design award from Ford Motor Company at the world’s largest aftermarket automotive trade show, the SEMA Show. 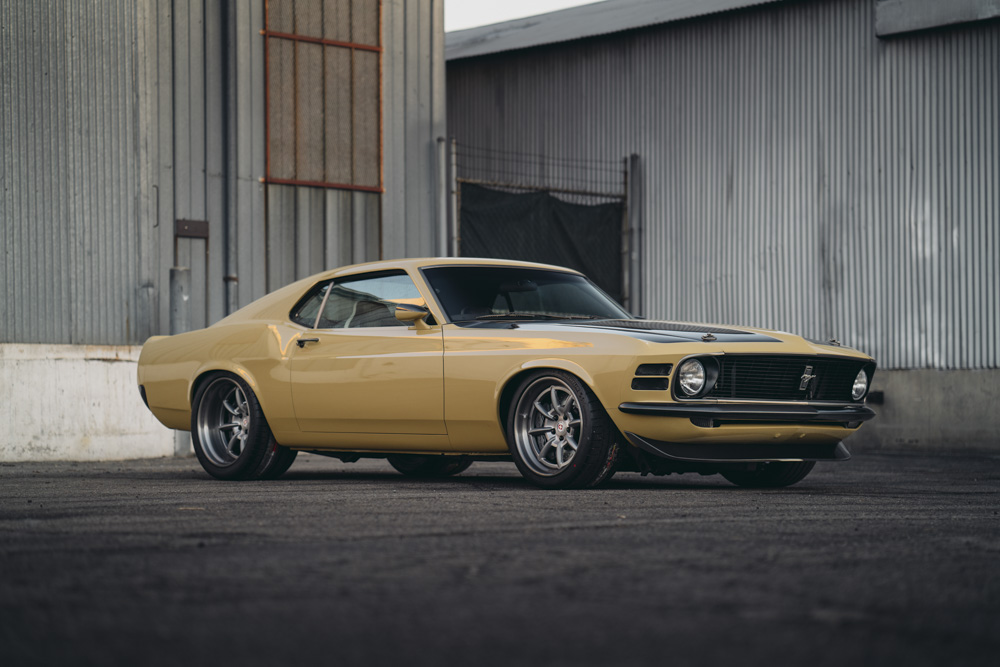