In its seventh year, San Marino Motor Classic exhibited 357 cars and welcomed 10,000 attendees. The show raised more than $300,000 for the Pasadena Humane Society & SPCA, the Rotary Club of San Marino, and USC Trojan Marching Band. To date, the event has raised $1.6 million for charity.

“The show has become a staple in Southern California,” says Aaron Weiss, event chairman and co-founder.  “This year’s show offered the most diverse assemblage of concours-level vehicles in our seven-year history.”

The event featured a broad spectrum of collector cars from Brass and Nickel Era to American muscle, hot rods and everything in between. Ferrari, Porsche and Mercedes-Benz were showcased alongside Jaguar, Alfa Romeo, Aston Martin and Rolls-Royce.

Renowned collector David SK Lee displayed eight cars, including a McLaren P1 GTR and 1964 Ferrari 250 GT Lusso Competizione, which was named the “Most Significant Ferrari” at the show.

The organizers of the San Marino Motor Classic have announced that the 2018 event will be held on June 10th. For more information please visit www.SanMarinoMotorClassic.com. 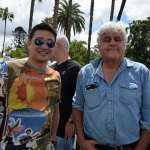 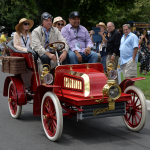 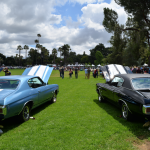 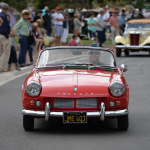