RUF MAKES US DEBUT OF NEW CTR AT THE QUAIL, A MOTORSPORTS GATHERING 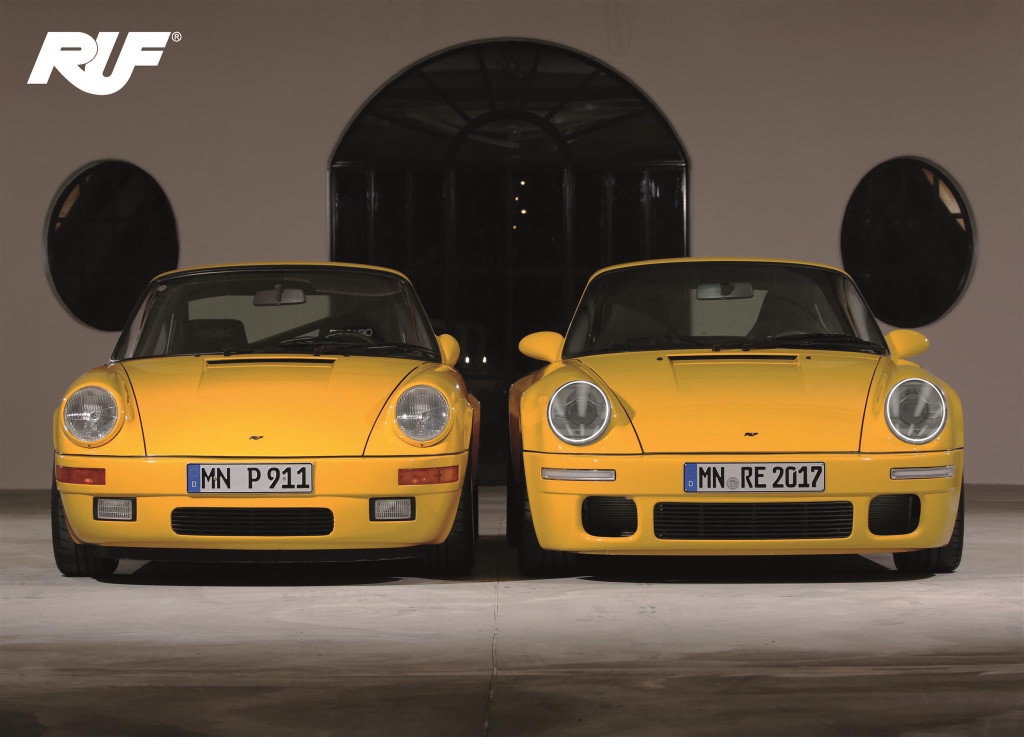 The German sports car manufacturer will have a special class at The Quail, A Motorsports Gathering on Friday, August 24, 2018 and debut its latest CTR alongside the freshly restored legendary 1989 “Yellowbird” CTR #001

Pfaffenhausen, Germany (June, 2018)– Ruf Automobile GmbH, manufacturer and engineer of bespoke sports cars, will be honored in a special class at The Quail, A Motorsports Gathering entitled “The Alois Ruf Reunion”. The event will make the first North American appearance of the new RUF CTR alongside the completely restored RUF 1989 “Yellowbird” CTR #001 owned by an automobile enthusiast, connoisseur and car collector Bruce Meyer.

“The Alois Ruf Reunion” will bring together a handful of notable cars from throughout the marque’s history, reuniting them with Alois and Estonia Ruf on the manicured lawns of The Quail Lodge in Carmel-by-the-Sea, California. Other RUF cars that will be on display include the CTR Clubsport, CTR2 and RCT.

“When we began building our own automobiles in 1974 it was all for the thrill of the drive,” said Alois Ruf, owner of RUF Automobile GmbH. “We are honored to have been given a special class at The Quail, but we recognize that this is a celebration of RUF owners and their passion for driving as much as it is the RUF brand. RUF is not a car or a company, it’s an all-encompassing experience of which we are just a part. We share this honor with all of the members of the RUF community.”

The 1987 RUF CTR “Yellowbird” took the automotive world by storm when it out-paced every other production car in the world, topping out at an unprecedented 211 mph at the Ehra-Lessien test track in Germany. Along with its top-speed record, the CTR also became the first production car to break the 200-mph barrier. RUF commemorated the 30th anniversary of the “Yellowbird” with the release of the new CTR, an entirely bespoke high performance sports car developed and built in RUF’s Pfaffenhausen, Germany facilities. Among other engineering achievements, the new CTR is the first carbon fiber monocoque production car with a rear-engine layout. The turbo charged RUF is only equipped with minimalistic electronic driving aids, such as ABS and slip-control, resulting in one of the purest driving experiences available in a modern car. Production of the new CTR is expected to begin in late 2018.

The celebration will also include a private event for RUF owners at a separate location during the week. For more information on RUF automobiles, visit the RUF website at ruf-automobile.de/en.

ABOUT RUF AUTOMOBILE GMBH
In 1939, Alois Ruf Sr. first formed his company, AUTORUF, as a general service garage. The company grew and in 1949 Ruf Sr. added a gas station to the company complex. By 1955, Ruf Sr. recognized a need in Germany for a full-size tourist bus and challenged himself to build his own to run this as a separate business. In 1963, the company began specializing in Porsche vehicles, a direction that Alois Ruf Jr. vowed to continue when he assumed ownership of the company in 1974. In the following year, the first RUF-enhanced Porsche model made its debut.

In 1982 RUF has been approved by the German authorities as a car manufacturer in its own right, which meant that RUF cars were identified by their own VIN. In 1987 RUF achieved the approval from NHTSA and EPA in the United States. Now it is still family run by Alois and Estonia Ruf.