RUF Debuts Hillclimb-Inspired “Bergmeister” at The Quail, A Motorsports Gathering 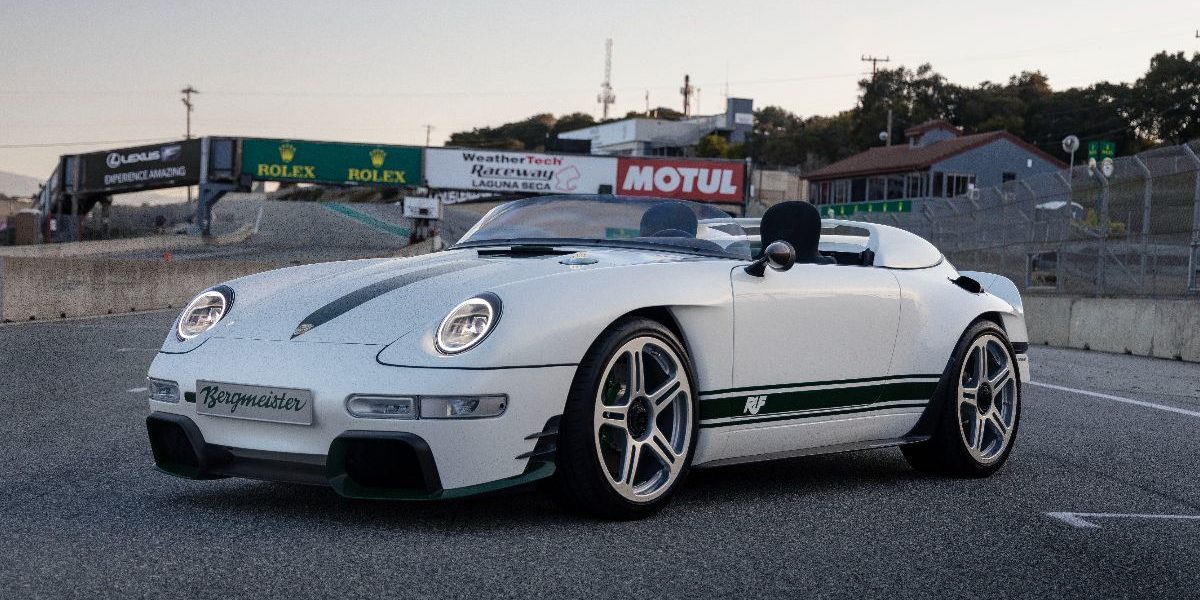 The lightweight prototype makes its world debut alongside the RUF SCR at the exclusive Monterey event on Friday, August 19

MONTEREY, Calif. (Aug. 19, 2022) – RUF Automobile GmbH, manufacturer of exclusive and authentic high-performance sports cars, reveals two special vehicles at The Quail, A Motorsports Gathering during Monterey Car Week. Project RBS, or “Bergmeister,” makes its world debut alongside the naturally aspirated SCR, which is being seen for the first time in North America.

The never-before-seen Bergmeister is inspired by the legendary Porsche 906, the 909 Bergspyder and the 718 RS 60 Spyder hillclimb cars and was designed by Tony Hatter. Mounted in the rear is a dry sump, RUF-engineered, air-cooled 3.6-liter single-turbocharged flat-six engine producing 450 bhp and 442 lb-ft of torque, connected to a six-speed manual transmission.

The Bergmeister all-carbon skinned roadster combines the best of classic design and modern engineering in a package ready to master both road and track. True to RUF’s heritage, the pursuit of the perfect driving experience has never been more visceral. Black Alcantara lines the entire interior and the driver sits in bucket seats, with an Alcantara-clad steering wheel rounding out the driving experience. With its direct steering, the Bergmeister responds to the slightest wheel input and ensures precise handling.

“When we began building our own automobiles in 1974 it was all for the thrill of the drive,” said Alois Ruf, owner of RUF Automobile GmbH. “We are honored to be featured at The Quail and to celebrate the passion for driving with our friends. Bergmeister embodies the most elemental driving experience, while the SCR highlights the latest technology offerings from our team in Pfaffenhausen.”

Alongside Bergmeister and debuting in North America for the first time, the newly developed SCR prototype carries much of the same DNA as the 1978 original dressed in a modern package using RUF’s latest technology and engineering. The carbon-fiber monocoque and bodywork deliver maximum strength with minimum weight, while an integrated roll cage and rear space frame provide rigidity.

The iconic SCR build is designed as a state-of-the-art sports car for those who prefer the soundtrack of a naturally aspirated engine. The consistent light-weight construction and powerful engine result in the feeling of a racecar built for the street. The 4.0-liter flat-six produces 510 bhp at 8,270 RPM and 346 lb-ft of torque. Power is routed to the rear wheels via a six-speed manual gearbox, giving the car the optimal mechanical feel.

The SCR and Bergmeister both feature RUF’s most current materials and technology. For more information on RUF automobiles, visit the RUF website at ruf-automobile.de/en/.

About RUF Automobile GmbH:
In 1939, Alois Ruf Sr. first formed his company, AUTO RUF, as a general service garage. The company grew and in 1949 he added a gas station to the company complex. By 1955, Ruf Sr. recognized a need in Germany for a full-size tourist bus and challenged himself to build his own to run as a separate business. In 1963, the company began specializing in Porsche vehicles, a direction that Alois Ruf Jr. vowed to continue when he assumed directorship of the company in 1974. In the following year, the first RUF-enhanced Porsche model made its debut. RUF is still family owned and operated by Alois and Estonia Ruf.