ROLEX Marks 10 Seasons as the Official Timepiece of Formula 1® 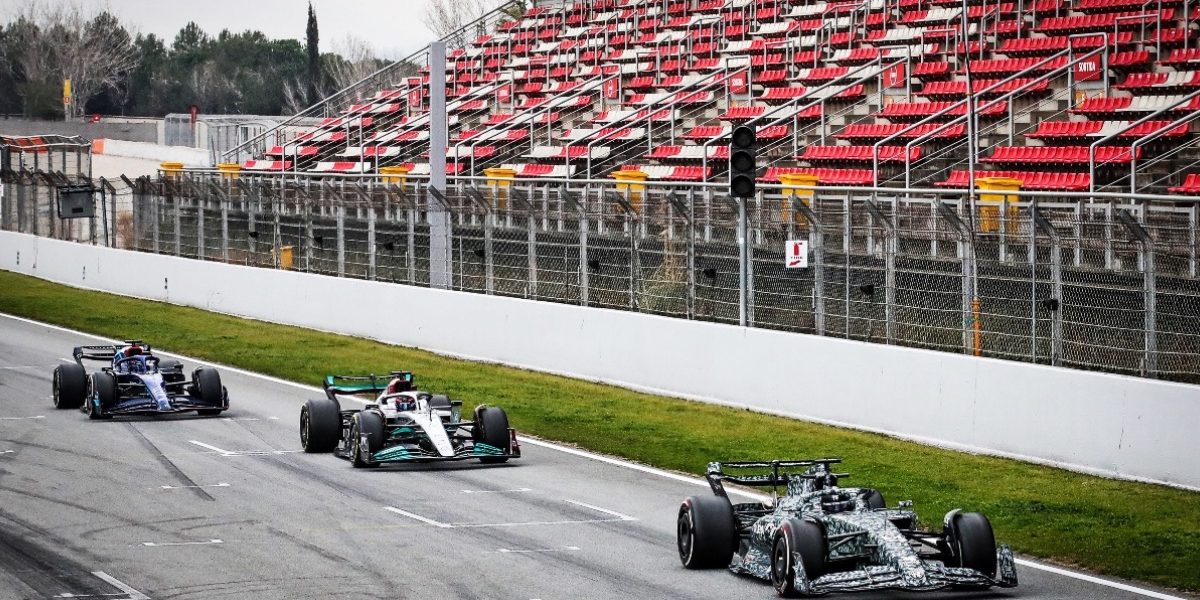 Geneva, 14 March 2022 – The highly anticipated first race of the 2022 FIA Formula One World Championship™ takes place this weekend on Sunday 20 March at Bahrain International Circuit. This year heralds the dawn of a new era as the sport undergoes a technical revolution with the largest update to its regulations in decades. It also marks Rolex’s 10th season as a Global Partner and the Official Timepiece of Formula 1® as part of its dedication to excellence and innovation. The Swiss watchmaker supports the pinnacle of motor sport through every transformation, celebrating its desire for advanced engineering, timeless appeal and world-class competition. 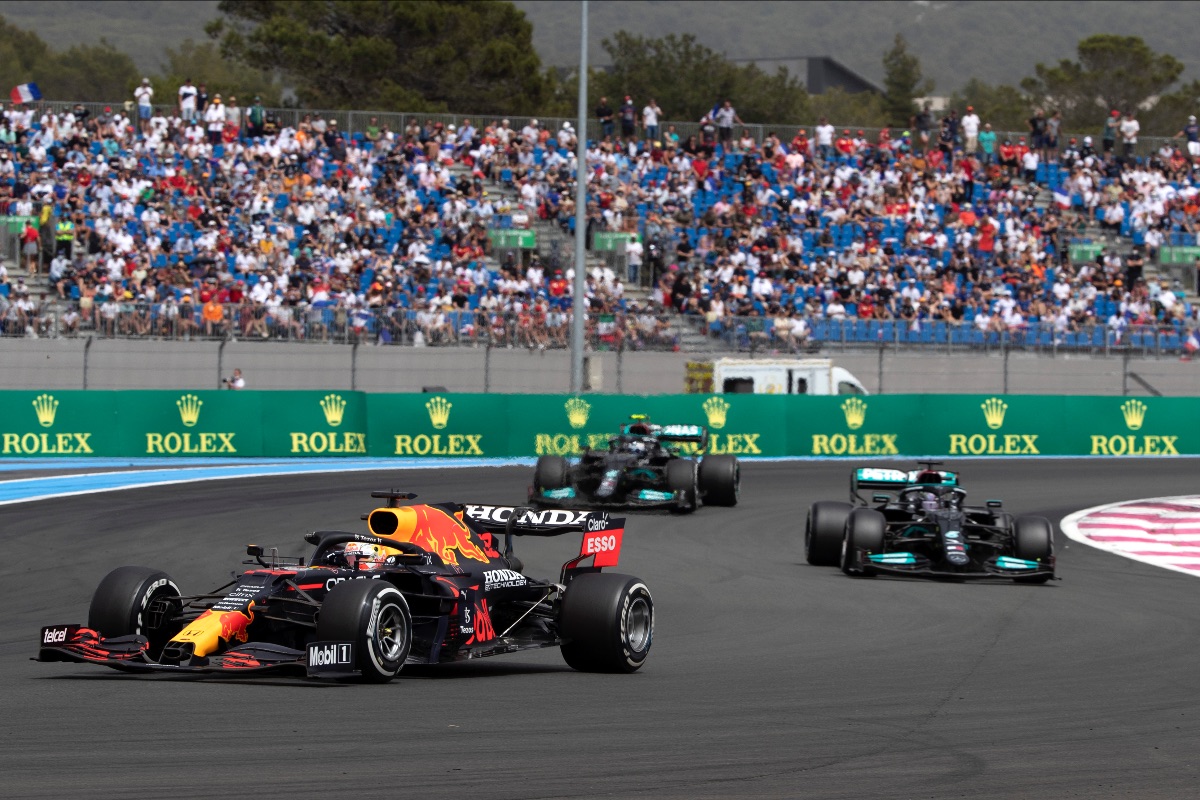 “This year marks 10 seasons of Rolex’s partnership with Formula 1, and since the beginning both have embodied ground-breaking technology, precision and ingenuity at every level, while having a mutual appreciation for magnificent craftsmanship, style and, ultimately, the importance of timing. Nurturing long-term relationships is fundamental to Rolex, whether through associations with events or sporting legends.” 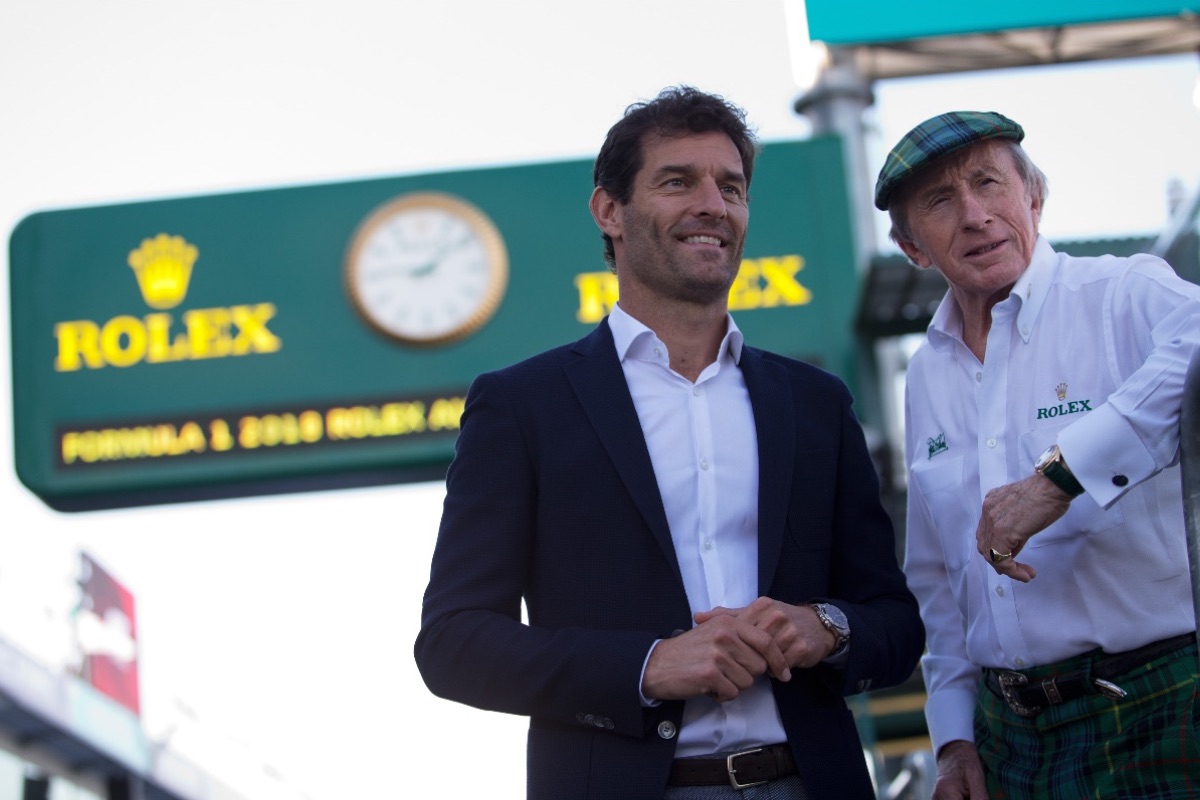 Pre-season testing, which concluded two days ago in Bahrain, highlighted how Formula 1® continues to push the boundaries. The new regulations have resulted in significant changes to the design of the machines. A return to ground-effect aerodynamics, low-profile tyres and wheel covers aims to promote closer racing between the 20 drivers. In addition to creating a tighter field, the rules embrace the target to achieve 100 per cent sustainable fuels by the middle of the decade and the comprehensive cost cap means the 10 teams are operating under different circumstances.

“It’s set to be a hugely exciting year with complex changes to the appearance and drivability of the cars. Pre-season testing has provided us with some insights into how the teams are looking but until they race in earnest this weekend, performance and reliability is all to play for – I think a lot of the teams are very nervous. Plus, with the opening races offering very different challenges in terms of circuit design, it might take some time for us to see who has the advantage as it’s an incredibly dynamic situation with quick rates of development – it’s going to be tremendous for the fans. This year also marks 10 seasons of Rolex and Formula 1, which is a wonderful milestone that showcases loyalty and is something that both parties can be very proud of.” 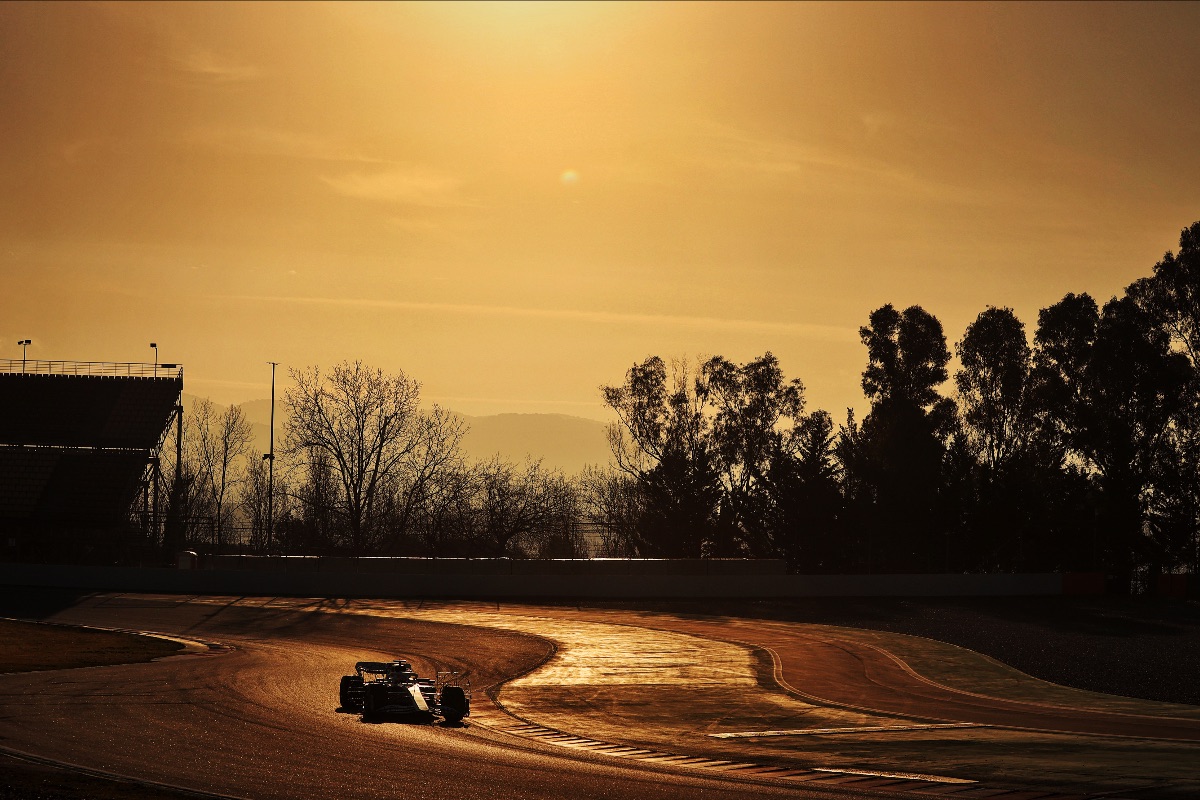 In 2022, the Rolex Pit Lane Clock will accompany Formula 1® at races across five continents and the series will debut a condensed three-day format at each leg. Long-established races in Australia, Canada, Singapore and Japan return to the schedule, while joining the calendar in May is the inaugural race in Miami, Florida, featuring a 19-turn, 5.41 kilometre street circuit. The championship will once again conclude with the FORMULA 1 ETIHAD AIRWAYS ABU DHABI GRAND PRIX 2022, from 18 to 20 November. 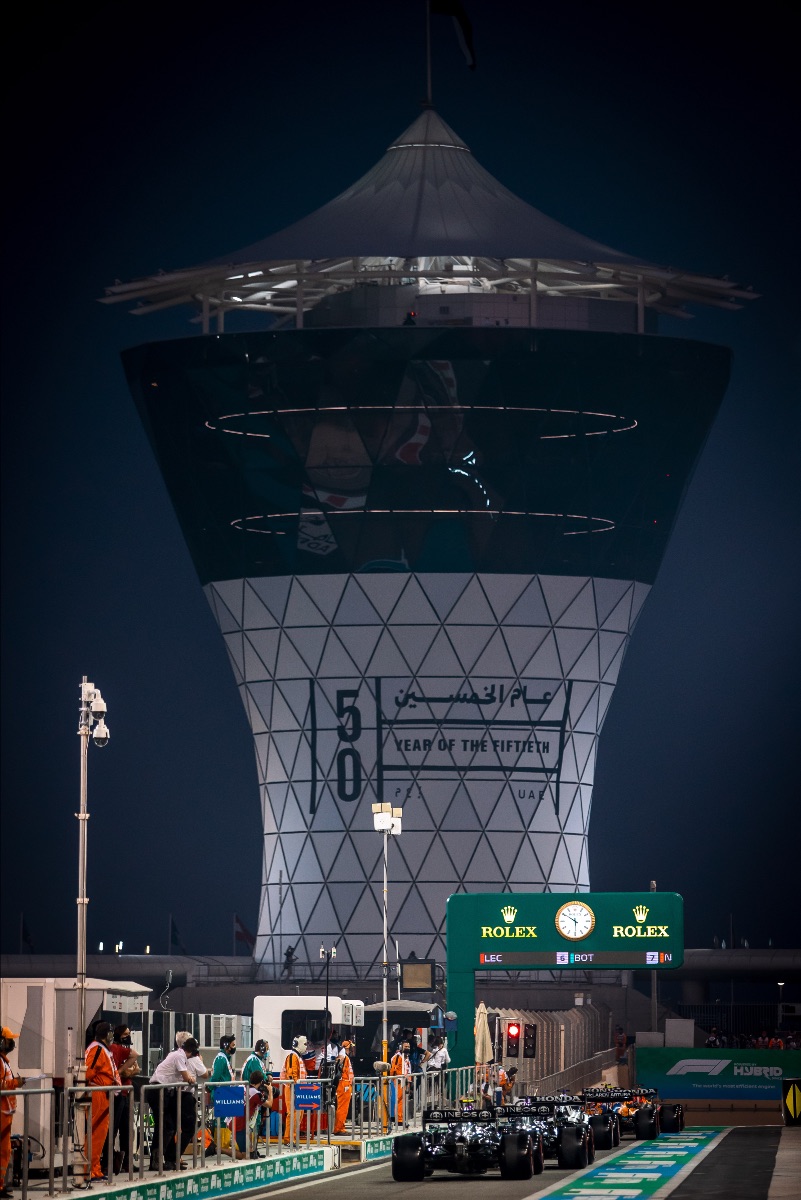 A constant presence in Formula 1® for more than half a century, Sir Jackie highlights the ongoing influence of the sport:

“Formula 1 has always pioneered expertise and it’s the best example of an industry that focuses on continual development to achieve optimum performance. With the rule reset this season, all the teams on the grid want to be champions, which will make for a hugely competitive field. Everyone who competes in the sport knows that success is gained through reliability, attention to detail and integrity; the same as in the Rolex world.”

The innovative and visionary spirit of Formula 1® mirrors that of Rolex and its continued quest for excellence and precision timing. The brand’s deep affiliation with motor sport started in the 1930s when Sir Malcolm Campbell broke the 300 mph (483 km/h) barrier at the wheel of his World Land Speed Record car Bluebird. On his wrist was a Rolex, which today remains a symbol of man and machine performing at the highest level. 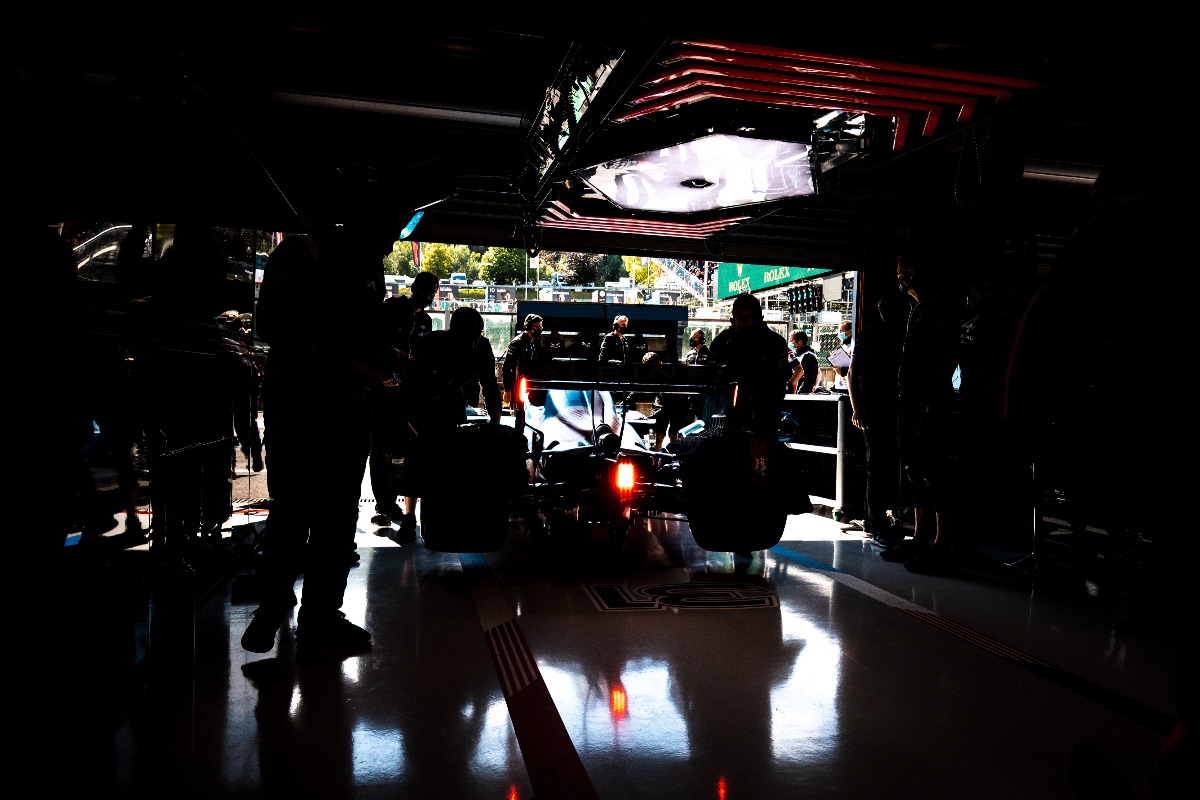 ROLEX AND MOTORSPORT
Rolex’s close ties with motorsport date back to Sir Malcolm Campbell’s World Land Speed Record successes in the 1930s, when he became the first driver to break the 300 mph barrier (483 km/h) at the wheel of his car, Bluebird. Since then, Rolex’s presence in motor racing has grown steadily, its support extending to revered endurance events such as the Rolex 24 At DAYTONA, the 24 Hours of Le Mans and the FIA World Endurance Championship. In 2013, Rolex became associated with Formula 1®, the pinnacle of motorsport, having supported Rolex Testimonee Sir Jackie Stewart since 1968. The three-time FIA Formula 1® Drivers’ World Champion has been joined by fellow high achievers from the world of motor sport: Tom Kristensen, the record nine-time 24 Hours of Le Mans winner, and Mark Webber, the multiple Formula 1® race winner and 2015 FIA World Endurance Champion. The brand also has a global appreciation for classic automotive events steeped in elegance, beauty and tradition, including the Pebble Beach Concours d’Elegance®, The Quail, A Motorsports Gathering, the Rolex Monterey Motorsports Reunion and the Goodwood Revival.

ABOUT ROLEX
AN UNRIVALLED REPUTATION FOR QUALITY AND EXPERTISE
Rolex is an integrated and independent Swiss watch manufacture. Headquartered in Geneva, the brand is recognized the world over for its expertise and the quality of its products – symbols of excellence, elegance and prestige. The movements of its Oyster Perpetual and Cellini watches are certified by COSC, then tested in-house for their precision, performance and reliability. The Superlative Chronometer certification, symbolized by the green seal, confirms that each watch has successfully undergone tests conducted by Rolex in its own laboratories according to its own criteria. These are periodically validated by an independent external organization.

The word “Perpetual” is inscribed on every Rolex Oyster watch. But more than just a word on a dial, it is a philosophy that embodies the company’s vision and values. Hans Wilsdorf, the founder of the company, instilled a notion of perpetual excellence that would drive the company forward. This led Rolex to pioneer the development of the wristwatch and numerous major watchmaking innovations, such as the Oyster, the first waterproof wristwatch, launched in 1926, and the Perpetual rotor self-winding mechanism, invented in 1931. In the course of its history, Rolex has registered over 500 patents. At its four sites in Switzerland, the brand designs, develops and produces the majority of its watch components, from the casting of the gold alloys to the machining, crafting, assembly and finishing of the movement, case, dial and bracelet. Furthermore, the brand is actively involved in supporting the arts and culture, sport and exploration, as well as those who are devising solutions to preserve the planet.