Rolex and Formula 1® Arrive in Miami for Inaugural Race 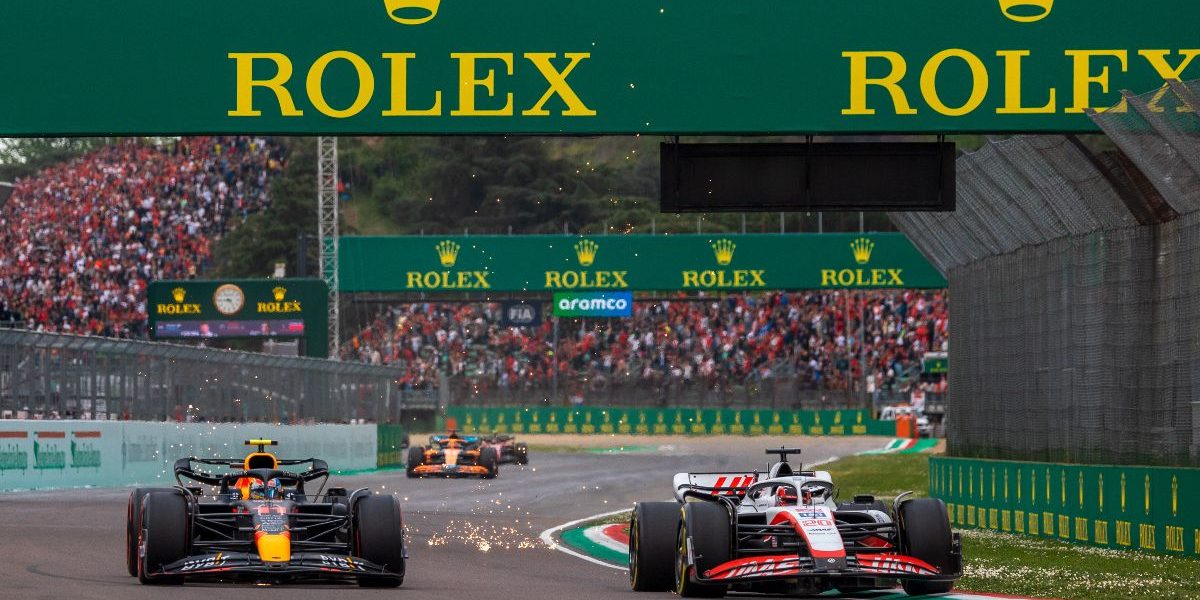 May 5, 2022 – Miami will host Formula 1® for the first time when the 20-car field contests the fifth round of the 2022 FIA Formula One World Championship™ from 6–8 May. The opening four races have shown how the sport continues to push the boundaries, with the largest regulation change in decades creating closer competition and high-octane racing. As Formula 1® travels to Miami, Florida, Charles Leclerc’s lead of the championship has narrowed following Max Verstappen’s victory at the previous race in Italy.

This year marks Rolex’s 10th season as a Global Partner and the Official Timepiece of Formula 1®, with the iconic Rolex Pit Lane Clock present at all races across five continents. The Swiss watchmaker supports the pinnacle of motor sport through each era of racing, celebrating its quest for advanced engineering, timeless appeal and world-class competition.

“For me, the standards of excellence which are demonstrated at the highest echelons of motor sport, are very similar to those upheld by Rolex. This year, Rolex and Formula 1® celebrates 10 seasons, and since the beginning both have embodied ground-breaking technology, precision and ingenuity at every level, while having a mutual appreciation for magnificent craftsmanship, style and, ultimately, the importance of timing.”

This highly anticipated event in Miami becomes the second Formula 1® Grand Prix™ on United States soil this season with Austin, Texas, hosting the nineteenth round of the championship in October, while a third race in Las Vegas, Nevada, will join the calendar in 2023. Located in the Miami Gardens suburb, the newly built Miami International Autodrome features a 19-turn, 5.41 kilometre (3.36 mile) street circuit. Designed to promote wheel-to-wheel racing, the track features three straights, presenting drivers with the opportunity to reach speeds of up to 320 km/h (199 mph).

On Sunday 8 May, the 57-lap race will get under way at 3.30 p.m. local time in front of a capacity crowd. Sir Jackie continues:

“With the rule reset this season, all the teams on the grid want to be champions, which has made for a very competitive field. I think it’s fantastic that the sport is travelling to Miami for the Grand Prix. Florida is a wonderful state, one that has a reputation for all the best things in life, and that’s why they intend to create the best event in the world. You can see the interest for the race. They sold out almost instantly and it’s been received with such enthusiasm and confidence – there is enormous anticipation.”

“The relationship between time and motor racing is clear to see but the significances goes far beyond that. Formula 1® is the pinnacle of motor sport and Rolex is at the pinnacle of watchmaking, and for that reason, Rolex has always had a special place within the world of Formula 1®. Both represent excellence and they never stop innovating in their mutual pursuit of perfection.”

ROLEX AND MOTORSPORT
Rolex’s close ties with motorsport date back to Sir Malcolm Campbell’s World Land Speed Record successes in the 1930s, when he became the first driver to break the 300 mph barrier (483 km/h) at the wheel of his car, Bluebird. Since then, Rolex’s presence in motor racing has grown steadily, its support extending to revered endurance events such as the Rolex 24 At DAYTONA, the 24 Hours of Le Mans and the FIA World Endurance Championship. In 2013, Rolex became associated with Formula 1®, the pinnacle of motorsport, having supported Rolex Testimonee Sir Jackie Stewart since 1968. The three-time FIA Formula 1® Drivers’ World Champion has been joined by fellow high achievers from the world of motorsport: Tom Kristensen, the record nine-time 24 Hours of Le Mans winner; Mark Webber, the multiple Formula 1® race winner and 2015 FIA World Endurance Champion and, most recently, Jenson Button, 2009 FIA Formula 1® Drivers’ World Champion. The brand also has a global appreciation for classic automotive events steeped in elegance, beauty and tradition, including the Pebble Beach Concours d’Elegance®, The Quail, A Motorsports Gathering, the Rolex Monterey Motorsports Reunion and the Goodwood Revival.

ABOUT ROLEX
AN UNRIVALLED REPUTATION FOR QUALITY AND EXPERTISE
Rolex is an integrated and independent Swiss watch manufacture. Headquartered in Geneva, the brand is recognized the world over for its expertise and the quality of its products – symbols of excellence, elegance and prestige. The movements of its Oyster Perpetual and Cellini watches are certified by COSC, then tested in-house for their precision, performance and reliability. The Superlative Chronometer certification, symbolized by the green seal, confirms that each watch has successfully undergone tests conducted by Rolex in its own laboratories according to its own criteria. These are periodically validated by an independent external organization.

The word “Perpetual” is inscribed on every Rolex Oyster watch. But more than just a word on a dial, it is a philosophy that embodies the company’s vision and values. Hans Wilsdorf, the founder of the company, instilled a notion of perpetual excellence that would drive the company forward. This led Rolex to pioneer the development of the wristwatch and numerous major watchmaking innovations, such as the Oyster, the first waterproof wristwatch, launched in 1926, and the Perpetual rotor self-winding mechanism, invented in 1931. In the course of its history, Rolex has registered over 500 patents. At its four sites in Switzerland, the brand designs, develops and produces the majority of its watch components, from the casting of the gold alloys to the machining, crafting, assembly and finishing of the movement, case, dial and bracelet. Furthermore, the brand is actively involved in supporting the arts and culture, sport and exploration, as well as those who are devising solutions to preserve the planet.