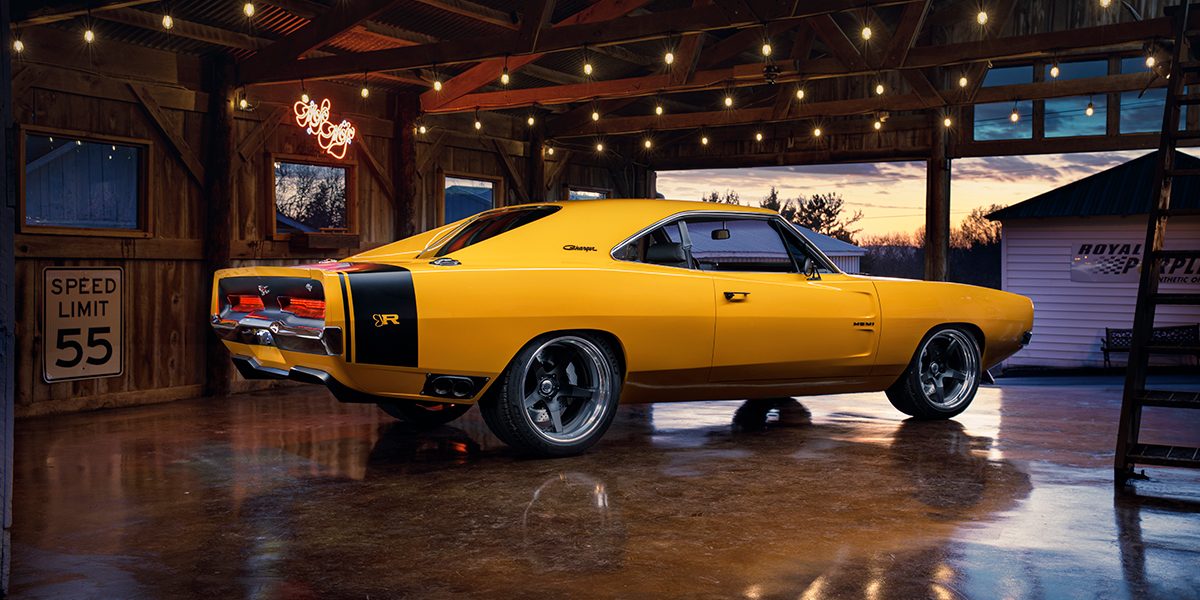 The restomod build features a Hellcat V8 engine mated to a six-speed manual transmission wrapped in 4,000 build hours of custom modifications by Ringbrothers

Disassembly and prep began in New Zealand before the build made its way to Ringbrothers to bring Murphy’s vision to life. The Ringbrothers team completed the extensive metalwork, including making the Charger unibody and integrating the Flowmaster exhaust system. A custom BASF “Pile Up Yellow” paint job was then applied and the Hellcat crate engine was installed and filled with Motul engine oil for protection and performance. Other highlights of the build include custom HRE wheels, a QA1 carbon fiber driveshaft and adjustable shocks, Baer six-piston brakes, and a set of Michelin Pilot Sport 4S tires. The build was also fitted with a top-of-the-line MoTeC engine management system and gauges.

“This project has been years in the making,” said Ringbrothers co-owner Jim Ring. “The project was started more than 8,000 miles from where it was finished with work being carried out on either side of the Pacific. Greg and his team did phenomenal work before it came here, and it was a joy to work on such an amazing build together.”

“This marks the second time this car was built in America, first in Detroit in 1969 and now in Spring Green, Wisconsin in 2021,” Mike continued. “We couldn’t have pulled this off without the help of our partners at Motul, Holley, BASF, HRE Wheels, GFS, and so many more.”

Among a litany of Ringbrothers billet parts incorporated into the build was the newest product to come from their shop: a custom Ringbrothers steering wheel. The new line of steering wheels incorporates the latest in materials technology, including a 3D-printed horn button, carbon fiber hoops and billet aluminum spokes and hub.

About Ringbrothers
Based in Spring Green, Wisconsin, Ringbrothers has established itself in the automotive aftermarket as a premium parts builder and world-class car designer. Among its many accolades are several Chevrolet Best in Show awards, Goodguys Street Machine of the Year awards, Mothers’ Shine awards and a SEMA Battle of the Builders win in 2019. Ringbrothers has also been featured in some of the world’s largest automotive and mainstream news outlets. Ringbrothers proudly designs, fabricates, packages and ships its products from its headquarters in the United States, focusing on quality materials, craftsmanship and customer service. Revolutionizing the way resto-mods are done, Ringbrothers continues to innovate its products and builds every year with the goal of unveiling at least one new car at each SEMA Show. Learn more about Ringbrothers products and builds at Ringbrothers.com.