RINGBROTHERS REVS UP FOR SEMA 2016 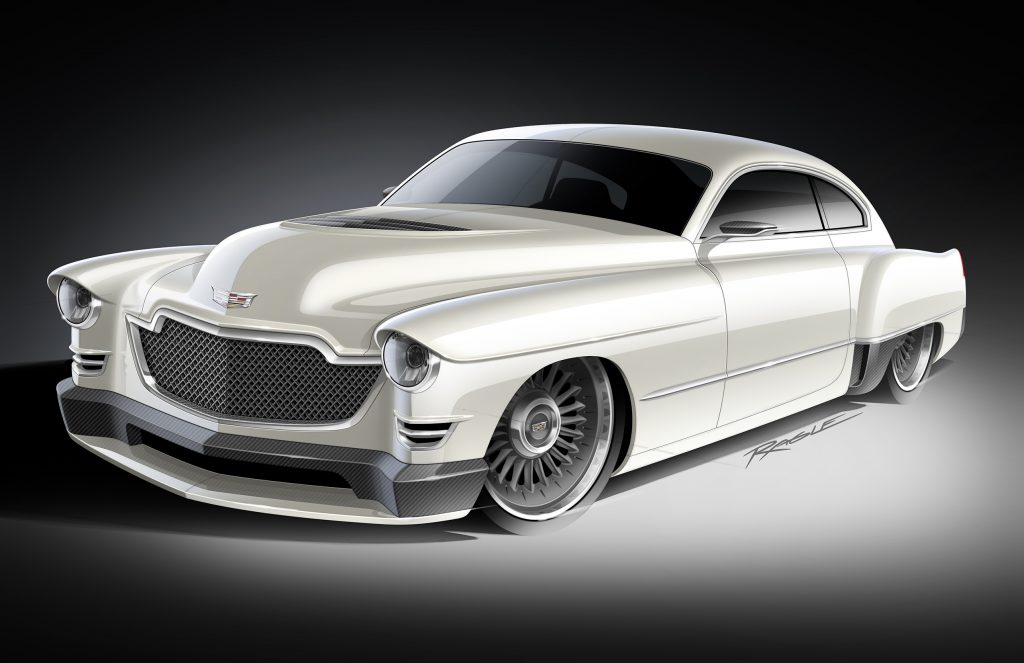 Spring Green, Wis. (September, 2016) – World renowned car builder Ringbrothers, based in the small town of Spring Green, Wisconsin, is preparing for its biggest year to date at the SEMA Show, bringing an eclectic collection of cars representing Chevrolet, Cadillac, Ford, and Winnebago. In addition to introducing the world to its three newest builds, Jim and Mike Ring will also be making a major announcement about their new partnership with Prestone Products Corporation.

The first Ringbrothers build that will be unveiled at the 2016 SEMA Show is one of the most daring projects the boys from Spring Green have ever undertaken. Built for Wes Rydell and his wife Vivian, the 1948 Cadillac Series V fastback named “Madam V” represents a monumental feat of engineering. Ringbrothers customized the 1948 Cadillac’s steel body and utilized two brand new 2016 ATS-V Cadillacs to create a one-of-a-kind Cadillac that melds vintage with modern. “Madam V” will be officially unveiled in the Flowmaster booth (#22351) in the Central Hall on Tuesday, November 1, 2016 at 11:20 a.m.

While the SEMA show is known as Camaro heaven, “G-Code” is only the second 1969 the Rings have ever built. Equipped with a Wegner Whipple supercharged LS3 under the hood, this Camaro is by far the fastest and most powerful Chevy the Rings have ever built. Mike and Jim took the familiar lines of the second generation Camaro and thoroughly reworked them. The Rings also installed an unforeseen amount of billet products on the car that make the ’69 stand apart from the rest. “G-Code” will be revealed in the Royal Purple booth (#23057) in the Central Hall on Tuesday, November 1, 2016 at 3:00 p.m.

While Ringbrothers has built a stable full of fastback Mustangs, they had yet to take on a convertible – until now. The 1965 widebody Mustang convertible “Ballistic” is powered by a supercharged 5.8 liter Ford V8 engine that was taken from a late model GT500. The crew at Ringbrothers put countless hours on body work and finishing the car in the dazzling BASF Glasurit custom hue “Blu by U,” to make the car not only show ready, but equipped to rule the road. The Mustang will be making history, as it will be the first car to ever be unveiled in the Ringbrothers booth. The cover will be pulled off “Ballistic” in the Ringbrothers booth (#23283) on Wednesday, November 2, 2016 at 10:00 a.m.

“The World’s Fastest Winnebago,” the 1972 “Happy Camper” Winnebago Brave will also make its first SEMA appearance this year. Hosted in the Prestone booth (#30327) in the Upper South Hall, the 900+ horsepower RV will be on display with its doors open for show goers to explore its tikki lounge and WWII Bomber-inspired, party-ready interior. Ringbrothers and Prestone will also be making a joint announcement in the Prestone booth during a press conference on Wednesday, November 2, 2016 at 1:00 p.m. The press conference will include a preview of one of the most unique build projects Ringbrothers has ever undertaken, which will debut at the 2017 SEMA Show.

“SEMA is such a big deal for us every year,” said Jim Ring. “We love having the chance to show the world all the hard work we put into these projects all year long and it’s great to see all of our friends and fans.” “We’re excited to debut these three new cars at the show,” Mike Ring added, “and we know everyone at the show will get a real kick out of the Winnebago. It’s going to be a great week.”

For more information on the Ringbrothers and its 2016 SEMA cars, stay tuned to its social media channels – Facebook, Twitter, and Instagram. Also, don’t miss the Ringbrothers University video series, in which Mike and Jim Ring give step-by-step tutorials on how to do body work. 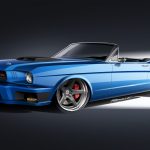 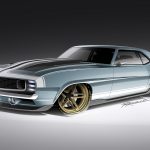 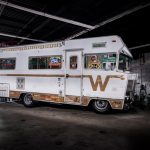 Ringbrothers LLC – (www.ringbrothers.com) – Based in Spring Green, WI, Ringbrothers has rocketed into the top ranks of American car builders over the past decade, winning numerous design awards including “Best in Show” at the 2014 SEMA Show, back-to-back Goodguys Street Machine of the Year awards, multiple Mother’s Shine awards, countless magazine covers and several builds commissioned by OEMs. Founders Mike and Jim Ring also design and manufacture some of the most detailed billet interior and exterior parts that money can buy, beautifully designed with architectural lines and incredible craftsmanship, all made in the USA. Each piece of automotive jewelry that leaves the facility gives buyers an opportunity to make their own Ringbrothers-inspired cars that truly stand apart.