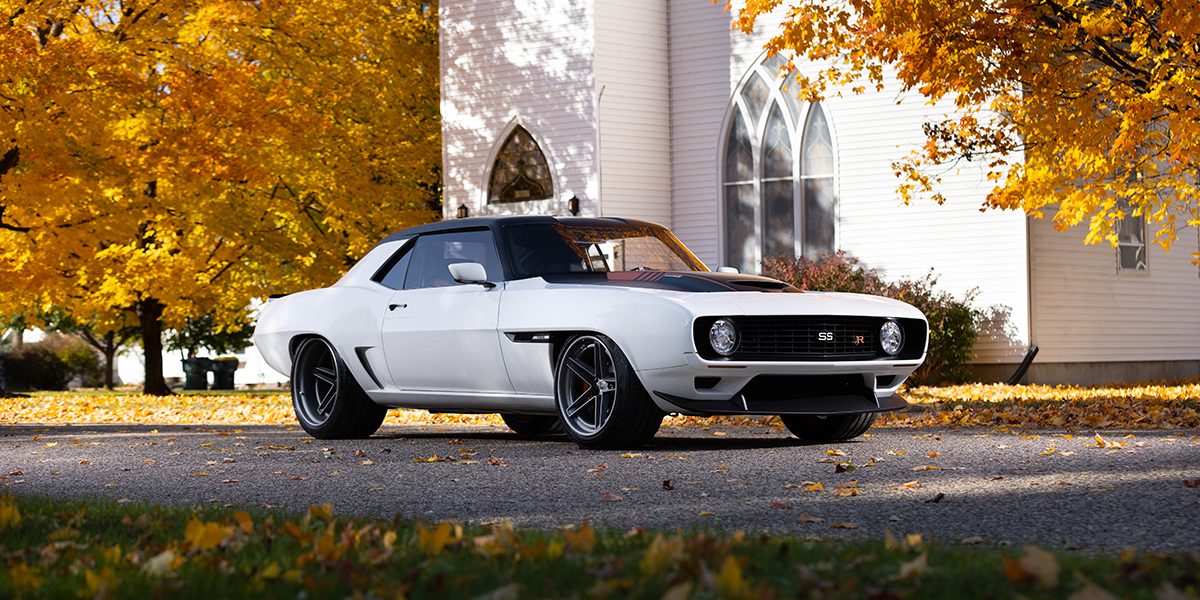 Thousands of hours of meticulous labor, cutting-edge manufacturing techniques, innovative design and the highest level of build quality result in a groundbreaking Camaro complete with a one-off carbon fiber body, 1,010-horsepower engine and a myriad of custom details

SPRING GREEN, Wis., Nov. 1, 2022 – Ringbrothers, the world-renowned custom car builder and parts manufacturer, has unveiled its latest custom creation, “STRODE.” A thorough reengineering of iconic American muscle, the 1969 Chevy Camaro is a complete, ground-up build utilizing extensive carbon-fiber construction and components merged with a modern drivetrain, chassis and suspension. With only two parts of the original Camaro used, STRODE took over 6,500 hours to complete and is a testament to the high-end design, engineering capabilities and rigorous build quality of Ringbrothers.

“We wanted to push the limits of what we can do and showcase our capabilities with STRODE,” said Ringbrothers co-owner Mike Ring. “It is a radical rethink of the original Chevy Camaro, expanding its dimensions and levels of performance. With its one-off carbon-fiber body and thousands of hours of custom work, there has never been another Camaro like it. Of course, we must thank our partners Motul, HRE Wheels, BASF, Miller Welding, Flowmaster and others for helping to make STRODE something even Michael Myers can’t catch.”

“The build process of STRODE shows what can be accomplished using cutting-edge techniques, painstaking levels of detail and imagination,” added Ringbrothers co-owner Jim Ring. “We digitally modeled the original Camaro body and rendered a more aggressive version of it in carbon fiber. Custom 3D-printed and billet-machined parts were also manufactured and paired with advanced components to make STRODE extremely capable and comfortable.”

Ringbrothers offers a host of products for the Camaro, including hood and trunk hinge kits, steering wheels, universal parts and more. Visit www.ringbrothers.com for more details.

Ringbrothers LLC – (www.ringbrothers.com) – Based in Spring Green, Wisconsin, Ringbrothers has established itself in the automotive aftermarket as a premium parts builder and world-class car designer. Among its many accolades are several Chevrolet Best in Show awards, Goodguys Street Machine of the Year awards, Mothers’ Shine awards and a SEMA Battle of the Builders win in 2019. Ringbrothers has also been featured in some of the world’s largest automotive and mainstream news outlets. Ringbrothers proudly designs, fabricates, packages and ships its products from its headquarters in the United States, focusing on quality materials, craftsmanship and customer service. Revolutionizing the way resto-mods are done, Ringbrothers continues to innovate its products and builds every year with the goal of unveiling at least one new car at each SEMA Show. Learn more about Ringbrothers products and builds at Ringbrothers.com.