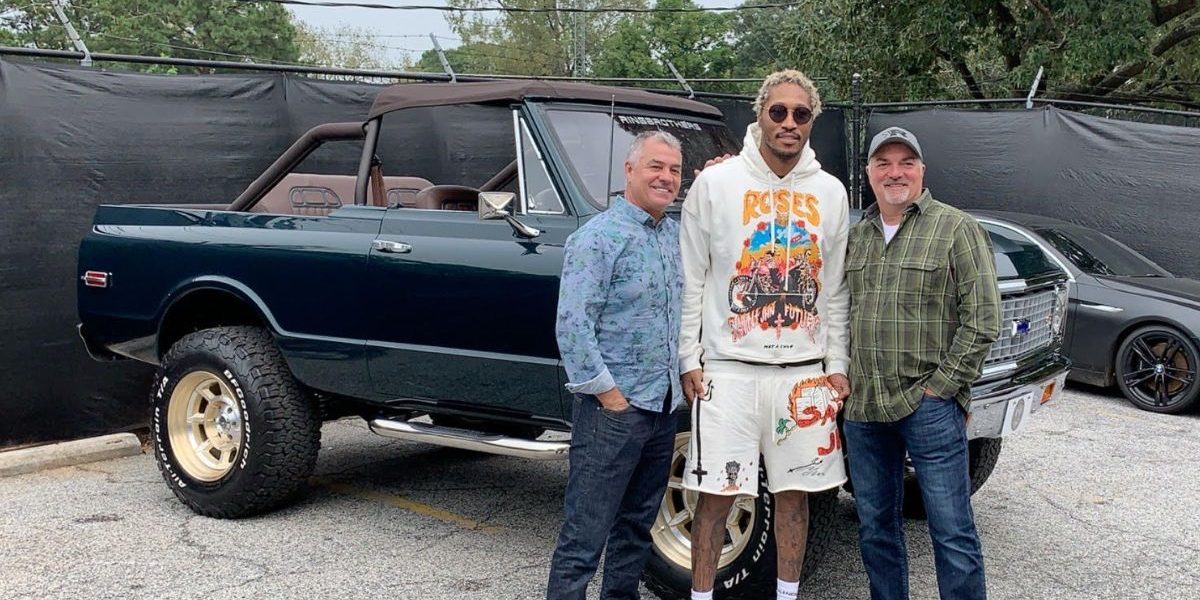 “We first started building Blazers a few years back, and they’ve really taken off in popularity since then,” said Ringbrothers co-owner Jim Ring. “There is no assembly line at our shop, as each build is completed by hand, bespoke to the owner’s request. There is no other Blazer in the world like this one.”

Future’s K5 Blazer also features a custom tan interior by Upholstery Unlimited with several Ringbrothers touches throughout. The exhaust is provided by Flowmaster, with engine coolant by Prestone, and Motul engine oil inside the LS3.

“We’re humbled that people continue to come to us for special projects like this,” said Ringbrothers co-owner Mike Ring. “We realize that our customers could get a new Ferrari or Lamborghini but choose us instead. It’s an honor we don’t take lightly, so we put our heart into each project. We’re glad Future appreciates that.”

Known for its muscle car builds, Ringbrothers completed its first K5 Blazer in 2018. The platform took off in popularity, and Ringbrothers released several K5-specific products, including a glove box door, hood hinges, and a dash gauge bezel. Future’s Blazer features those parts, along with a custom carbon fiber hood and custom tailgate with integrated seating. The musician’s Blazer also features a JL Audio sound system.

Ringbrothers LLC – (www.ringbrothers.com) – Based in Spring Green, Wisconsin, Ringbrothers has established itself in the automotive aftermarket as a premium parts builder and world-class car designer. Among its many accolades are several Chevrolet Best in Show awards, Goodguys Street Machine of the Year awards and Mothers’ Shine Awards, and a SEMA Battle of the Builders win in 2019. Ringbrothers have also been featured in some of the world’s largest automotive and mainstream news outlets. Ringbrothers proudly designs, fabricates, packages, and ships all its products from its headquarters in the United States, focusing on quality materials, craftsmanship, and customer service. Revolutionizing the way resto-mods are done, Ringbrothers continue to innovate its products and builds every year with the goal of at least one new car at each SEMA Show. Learn more about Ringbrothers product and builds at Ringbrothers.com.