For 80 years RUF has worked in pursuit of the perfect driving experience. That pursuit began with repairs, moved to modifications and finally to the engineering and manufacture of its own cars. From the small town of Pfaffenhausen, Germany, RUF turned the automotive world upside down when its turbocharged CTR was crowned the fastest car in the world by Road & Track magazine in 1987. At the Ehra-Lessien test track legendary racing driver Phil Hill hit 211 mph in the “Yellowbird,” a nickname given to the car by the magazine because of the shining yellow paint.

At The Quail, A Motorsports Gathering this year, a selection of custom RUF creations will be on display. The all new RUF CTR will make its U.S. debut alongside the very first “Yellowbird” CTR #001. With a bespoke carbon fiber monocoque and 710 horsepower flat-six engine, the all-new CTR carries on the legacy of its record setting predecessor. 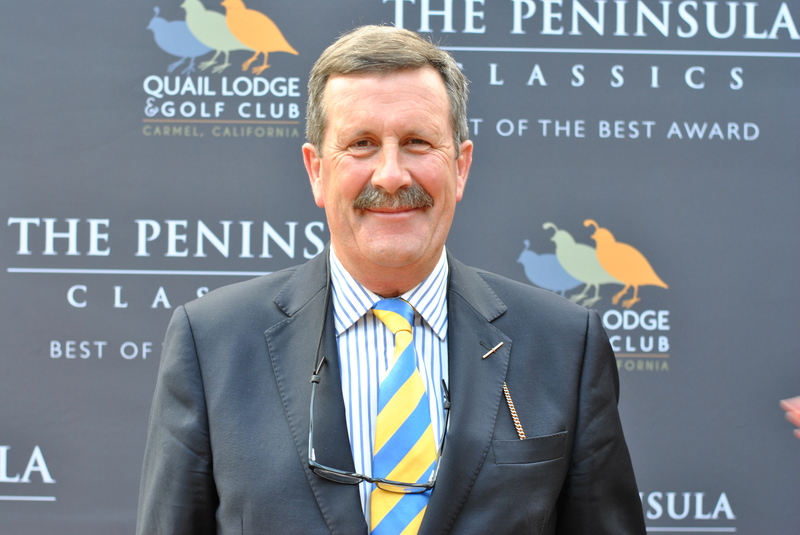 The Quail, A Motorsports Gathering is pleased to welcome again Mr. Richard Charlesworth MVO from Cheshire, England as Master of Ceremonies for this year’s event. Richard has been acting as Master of Ceremonies at The Quail for over a decade and brings a wealth of knowledge and experience to the role each year. After more than 40 years working in Crewe with Bentley Motors, Richard has taken on a new role as an independent Automotive Consultant. In addition, he has become a non-executive board member of Classic Motor Cars Ltd.

Richard will be guiding attendees of The Quail, A Motorsports Gathering through the day’s events while highlighting a selection of show vehicles. His unparalleled knowledge and affinity for the finest motor vehicles will greatly compliment The Quail.

Presented during the world-famous Salon Rétromobile, The Peninsula Classics Best of the Best Award recognized excellence in masterful craftsmanship, attention to detail, tradition and ingenuity. This year’s winner was the 1936 Bugatti Type 57 SC Coupé Atlantic co-owned by Peter Mullin and Rob Walton. The impeccable French design icon was reviewed by 24 automotive experts, designers and motoring world celebrities before being named the Best of the Best. The Hon. Sir Michael Kadoorie, together with award co-founders William “Chip” Connor, Bruce Meyer and Christian Philippsen cited their passion for automotive excellence as the inspiration for creating the Best of the Best competition.

Speaking of the award’s legacy, The Hon. Sir Michael Kadoorie stated, “My great hope is that we not only succeed in thrilling long-term car enthusiasts, but that this award will also ignite a new-found passion for those just discovering the world of motoring.”