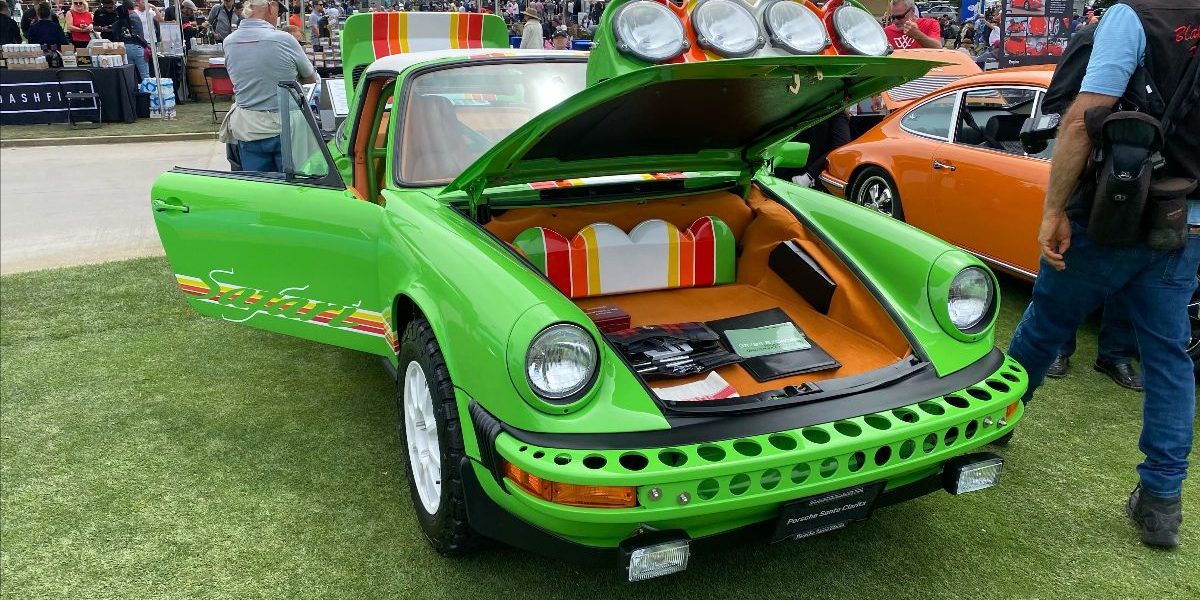 Santa Clarita, Calif. (Aug. 24, 2022) Porsche Santa Clarita, member of the Galpin Motors family, won the People’s Choice Award at Werks Reunion on Friday, August 19, 2022. The vehicle was unveiled at the event, as part of the Porsche Classic Restoration Challenge. The build started with chassis 161 of only 246 road-going Targa models in the US and is powered by a modified 2.7L naturally-aspirated flat-six engine The modified flat-six features larger 92mm cylinders (compared to the factory 90mm cylinders), producing 180 horsepower. The brakes are upgraded OEM 986 Porsche Boxster units, a rear-seat delete saves weight and the steering was restored with new seals and gaskets. This is Galpin’s second year in a row winning the award.

The car retains its Targa top, but features a ducktail spoiler from the 1973 Carrera. The exterior color was changed to Lime Green, an iconic color of Porsche cars from the 1970s. The custom-built roll cage adds safety and stability to the vehicle (also painted in Lime Green) along ‘70s-inspired stripes were added to the car and rollbar.

“It’s an honor to participate again in the Porsche Classic Restoration challenge and there was no shortage of inspiration this year,” said Beau Boeckmann, President and Chief Operating Officer for Galpin Motors. “Our goal with this Targa was to build something that was modified like it might be in period with just the right amount of modern touches and performance. We can’t wait to spend some time in the dirt with it.”

About Galpin Motors
Based in North Hills, California, Galpin Motors has established itself as one of the foremost automotive dealers in the United States. Family-owned and operated since 1946, Galpin’s list of automotive brands includes Ford, with which it consecutively held the No. 1 dealer title for 29 years, Honda, Volkswagen, Mazda, as well as premiere brands such as Volvo, Land Rover, Polestar, Lotus, Aston Martin, Lincoln, Jaguar and Porsche. Quality service centers, dedicated staff, and world-class amenities, such as Galpin Auto Sports (G.A.S.), in-dealership Starbucks and an award-winning restaurant, set Galpin above the rest, offering the best buying and ownership experience of any dealer in the world. To learn more about Galpin Motors, visit www.galpin.com.