Petersen Automotive Museum to Exhibit the Largest Official Gathering of Vehicles from James Bond Films in the U.S. 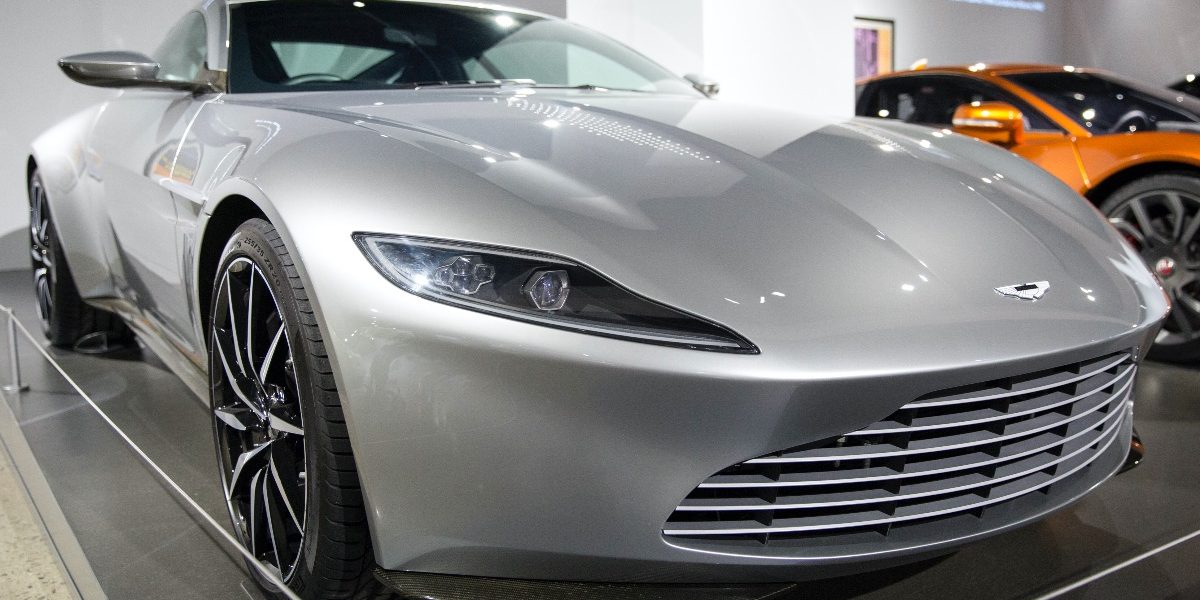 Produced in collaboration with EON Productions and the Ian Fleming® Foundation, Bond in Motion will showcase land, sea and air vehicles used in used in 007 films including the forthcoming, No Time To Die

LOS ANGELES (September 7, 2021) – The Petersen Automotive Museum will present a new exhibit celebrating the 60th anniversary of the James Bond film franchise through a highly diverse selection of iconic screen-used vehicles. Opening September 25, 2021, in the Mullin Grand Salon gallery, Bond in Motion will be the largest official Bond vehicle display to date in the U.S., and will feature more than 30 cars, motorcycles, boats, submarines, helicopters and even scale filming models of aircraft from an array of both classic and contemporary Bond films.

“James Bond is an international pop culture icon and the vehicles he drives are an integral part of his character,” said Petersen Automotive Museum Executive Director Terry L. Karges. “The Petersen is excited to showcase so many of the series’ most well-known vehicles. We are sure that there will be something to satisfy every generation of Bond fan.”

Bond in Motion was created as a collaboration between EON Productions and The Ian Fleming® Foundation, with support from Metro Goldwyn Mayer (MGM), to explore how the vehicles featured in the Bond movies contributed to each movie’s popularity and legacy. Transportation of eight automobiles from the United Kingdom was generously donated and managed by DHL, who oversaw logistics for the last five Bond films and is the official partner of No Time To Die (2021).

Prior to the public opening, the Petersen will host an opening reception on the evening of September 23 with live entertainment, and gourmet appetizers and cocktails.

The exhibit will replace the Hollywood Dream Machines exhibit in the Mullin Grand Salon gallery on the first floor of the museum and will run through October 30, 2022. It will also provide a space for screenings, panel discussions and lectures related to the Bond franchise.

The 25th film in the James Bond Franchise, No Time To Die, will be released in cinemas from September 30 2021 in the UK through Universal Pictures International and in the US on October 8 2021, from Metro Goldwyn Mayer (MGM) via their United Artists Releasing banner.

The Petersen Automotive Museum Foundation is a non-profit 501(c)(3) charity. The museum is located at 6060 Wilshire Blvd. (at Fairfax) in Los Angeles, 90036. Admission prices are $16 for general admission adults, $14 for seniors and $11 for children ages 4 to 17. Active military with ID, personal care attendants and children under age 4 are admitted free. Museum hours are 10 a.m. to 5 p.m. Tuesday through Sunday. For general information, call 323-930-CARS or visit www.petersen.org.

About the Ian Fleming® Foundation (IFF)
The Ian Fleming® Foundation (IFF) was formed as a public benefit nonprofit U.S. 501(c)(3) California corporation in July of 1992. The IFF is dedicated to the study and preservation of the history of Ian Lancaster Fleming, Ian Fleming’s literary works, the James Bond phenomenon, and their impact on popular culture. One of the IFF’s goals is procuring, restoring, preserving, archiving, and displaying the original works of Ian Fleming® and all of the subsequent products of that original body of work. These include the films, as well as the merchandise and memorabilia spawned by the films. Another goal of the Ian Fleming® Foundation is to establish scholarships and endowments in studies related to the dedicated areas. For further information please visit: http://www.ianflemingfoundation.org