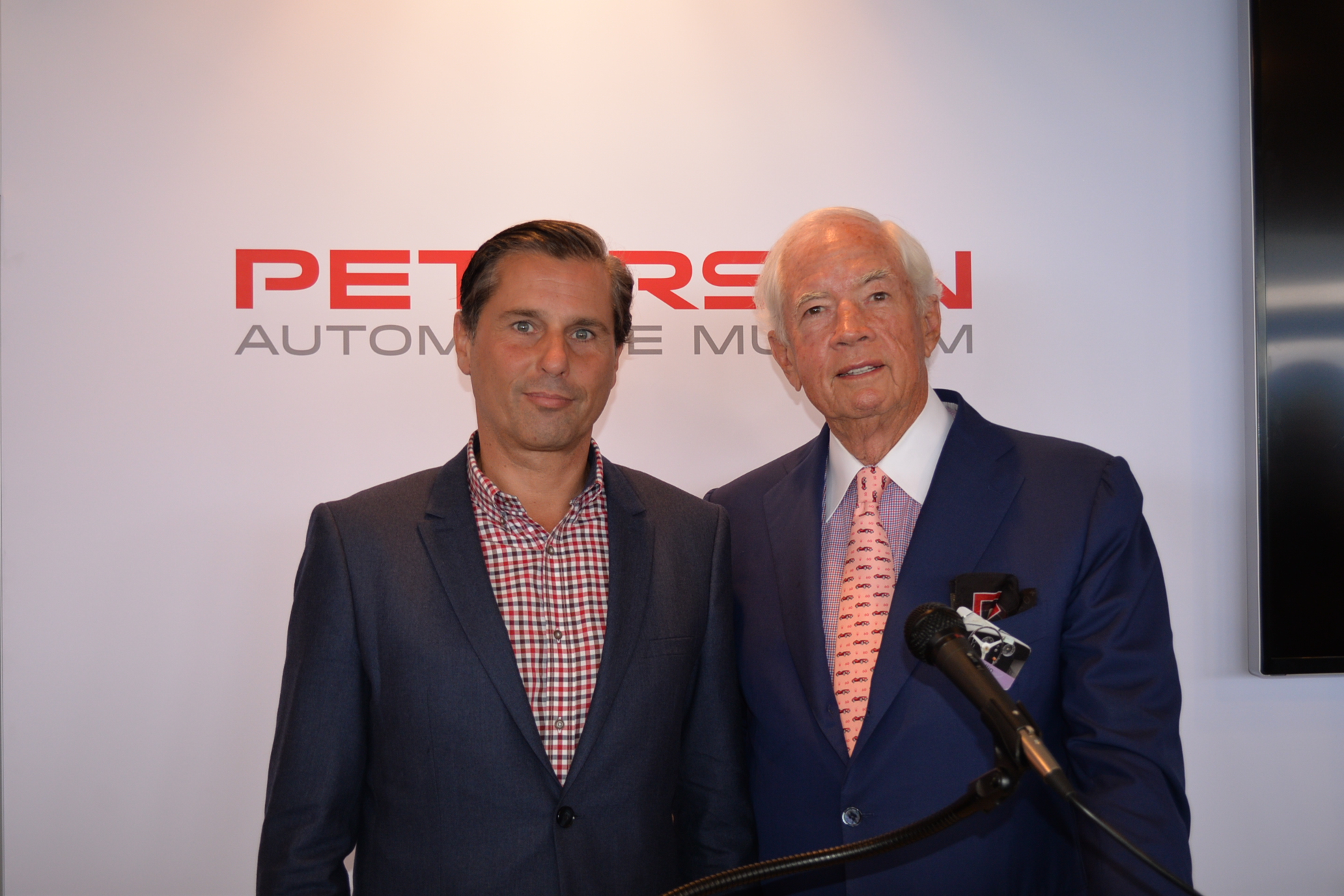 Los Angeles (August 20, 2017) – The Petersen Automotive Museum will team with Porsche Cars North America to host one of the most comprehensive displays of the marque outside of Stuttgart. Opening February 3, “The Porsche Effect” will focus on the impact of the iconic German brand from a cultural and design perspective, offering a selection of sports and race cars along with renderings, engines and billboards.

Staged in the Mullin Grand Salon, the exhibit will be previewed in early 2018, with a large celebratory event hosted by the Petersen and Porsche.

“Porsche has been overwhelmingly successful in every field they have entered, pushing the boundaries both on and off the track,” said Peter Mullin, Chairman of the Board of Directors for the Petersen. “This display of extremely rare Porsche sports cars on a grand scale is a tribute to the spirit of the marque.”

“Last November, after a visit to the newly renovated Petersen Museum, great minds came together to develop the partnership between Porsche and the Petersen,” said Klaus Zellmer, President and CEO of Porsche Cars North America. “We are excited and proud to showcase some of our most historic Porsche sports cars for the Petersen and its visitors.”

From humble beginnings in a Gmünd sawmill, to Stuttgart, Le Mans and now the corner of Wilshire and Fairfax in Los Angeles, Porsche has become an international icon. To capture this evolution, Petersen curators selected models from early in the brand’s engineering beginnings through its current modern-day sports cars, showcasing the vehicles as kinetic art. Some of the vehicles already selected for the exhibit include a 911 RS from 1973, an early Porsche 901, the precursor of the 911 and a 1955 Porsche Continental Cabriolet, a name used in the United States for 1955 only, making it especially rare. More vehicles, art and static displays will be announced in the months prior to the exhibit’s opening.

The exhibit will run from February 3, 2018 through January 27, 2019. During this time, the Petersen is also planning for a healthy amount of programmatic events that bring education and enthusiasm to those interested in attending. For more information on “The Porsche Effect” or about the Petersen Automotive Museum, please visit www.Petersen.org.

Established in 1984, Porsche Cars North America, Inc. (PCNA) is the exclusive U.S. importer of Porsche 911, 718 Boxster and 718 Cayman sports cars, Macan and Cayenne SUVs, and Panamera sports sedans. Headquartered in Atlanta, Georgia since 1998, PCNA is also home to the first Porsche Experience Center in North America featuring a module-based 1.6 mile driver development track, business center, and fine dining restaurant, 356. The company operates a second Porsche Experience Center near Los Angeles. This 53-acre complex features a driver development track with eight educational modules totaling 4.1 miles, a business center, and Restaurant 917. PCNA employs over 300 people who provide parts, service, marketing, and training for 188 dealers. They, in turn, work to provide Porsche customers with a best-in-class experience that is in keeping with the Porsche brand’s nearly 70-year history of leadership in the advancement of vehicle performance, safety, and efficiency. PCNA is an indirect wholly-owned subsidiary of Porsche AG, which is headquartered in Stuttgart, Germany.

At the core of this success is Porsche’s proud racing heritage that boasts some 30,000-plus motorsport wins to date.

Photos and video footage are available to accredited journalists on the Porsche Press Database at press.porsche.com.