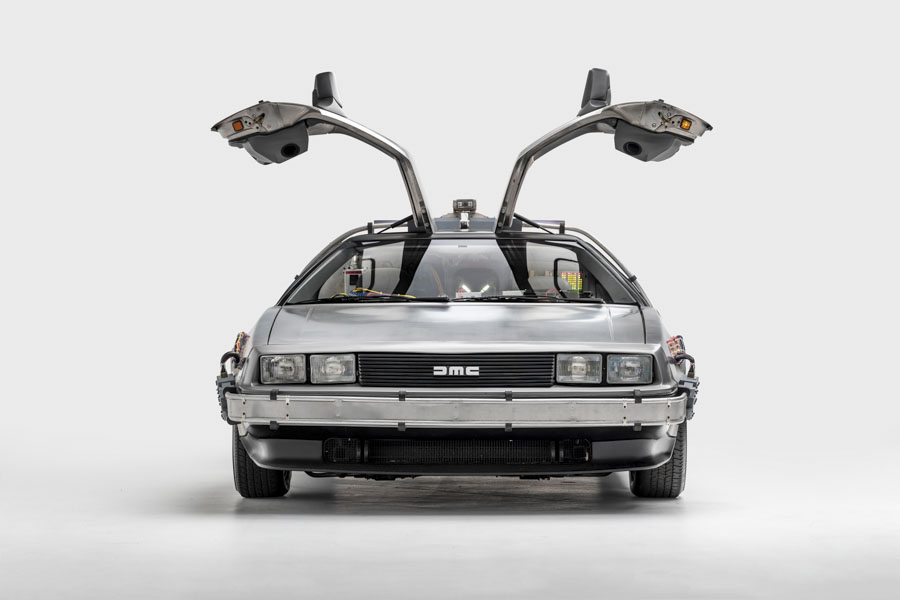 The Petersen Automotive Museum will bring a selection of its most famous movie star cars and customs to Monterey Car Week, including the time machine from “Back to the Future,” the 1989 Batmobile from “Batman,” the 1959 “Outlaw” custom by Ed Roth and more

LOS ANGELES (July 24, 2019) – The Petersen Automotive Museum has announced it will display seven legendary Hollywood star cars and custom hot rods at several events during the world-famous Monterey Car Week. Guests of The Quail, A Motorsports Gathering and the Pebble Beach Concours d’Elegance will have an up-close view of one-of-a-kind icons including the time machine made for the classic 1985 film “Back to the Future,” the 1989 Batmobile from Tim Burton’s film adaptation of “Batman,” the 1959 “Outlaw” custom hot rod built by legendary car customizer Ed “Big Daddy” Roth and more from the museum’s wide selection of historic vehicles.

Since its founding in 1994, the mission of the Petersen Automotive Museum has been to document and share the history of the automobile in Southern California. As the premier California automotive event, Monterey Car Week is a perfect showcase for these California-built vehicles.

“Our selection of display vehicles for 2019 is set to be one of the most exciting groups we’ve ever sent to Monterey,” said Petersen Automotive Museum Executive Director Terry L. Karges. “Monterey Car Week is one of the centerpieces of the automotive world, and its luxurious events are a perfect opportunity to share this group of Hollywood hero cars and timeless customs with the public outside of the museum.”

The events and the automobiles to be featured are as follows:

The rolling grasses of Quail Lodge & Golf Club will play host to six of the most iconic movie vehicles in the Petersen’s collection during The Quail, A Motorsports Gathering. The display will include the legendary time machine used to travel from the year 1985 to 1955 in “Back to the Future” along with the 1989 Batmobile driven by Michael Keaton in the 1989 “Batman” film directed by Tim Burton. The display will also feature the 1999 Mach 5 Prototype race car inspired by the classic 1966 animated series “Speed Racer,” the 1998 Volkswagen Beetle “Shagmobile” driven by title character Austin Powers in “Austin Powers: The Spy Who Shagged Me,” the race-prepared 1961 Volkswagen Beetle “Herbie the Love Bug” used by actress Lindsay Lohan in the 2005 film “Herbie: Fully Loaded” and the 1946 Ford better known as “Greased Lightning” and customized by world-famous custom car builder George Barris for the 1975 movie musical “Grease.”

Widely considered the world’s foremost Concours event, the Pebble Beach Concours d’Elegance will feature one of the Petersen’s most historic custom hot rods. This car, the 1959 “Outlaw” custom car built by iconic custom car builder Ed “Big Daddy” Roth, heralded a new era in hot rodding at the time of its debut thanks to its completely bespoke and wildly styled fiberglass body. The car will be displayed in the Historic Hot Rod “Cover Cars” special class at the event.

For more information about these cars and others in the Petersen Automotive Museum collection, please visit www.Petersen.org.

About Petersen Automotive Museum
The Petersen Automotive Museum Foundation is a non-profit 501(c)(3) charity. The Museum is located at 6060 Wilshire Boulevard (at Fairfax) in Los Angeles, California, 90036. Admission prices are $16 for general admission adults, $14 for seniors, $11 for children ages 4 to 17. Active military with ID, personal care attendants and children under four are admitted free. Museum hours are 10 a.m. to 6 p.m. For general information, call 323-930-CARS or visit www.Petersen.org.