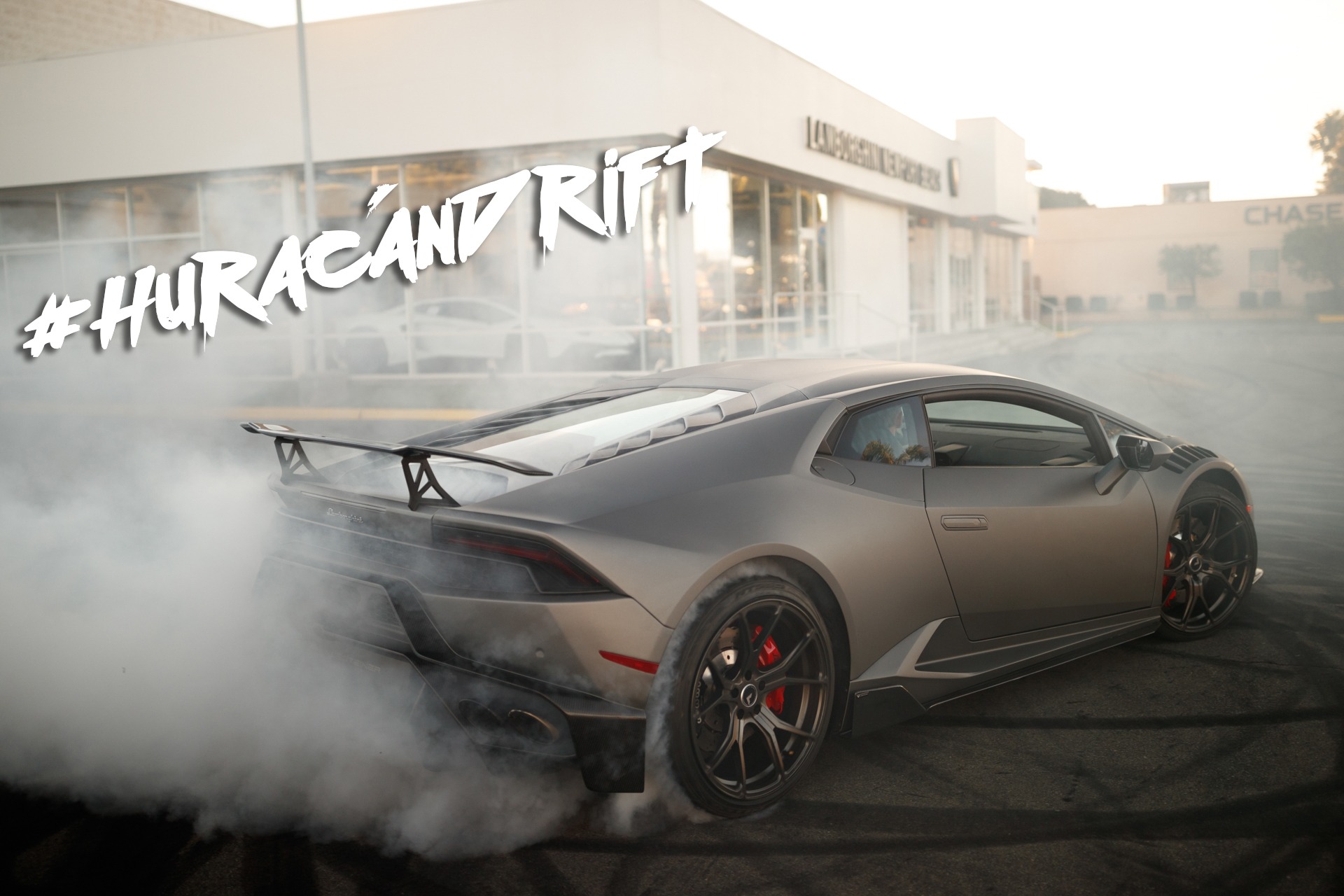 “Huracán Drift,” featuring stunt drivers Samuel and Stina Hubinette drifting a modified Lamborghini LP580-2 equipped with Nitto NT555G2 tires, amassed over 2 million views in the first 36 hours and has reached more than 11 million people since its release on November 1st.

Cypress, Calif. (November 9, 2016) – Nitto Tire U.S.A. Inc., a leading manufacturer of off-road and street performance tires, is excited to announce that its latest video, “Huracán Drift,” has exploded in popularity in the first few days following its release. Nitto Tire takes pride in being a company that is “Fueled by Enthusiasts,” and this latest video shows that it knows how to fuel its fans’ enthusiasm as well.

“Huracán Drift” officially debuted on November 1st, 2016 at 9 a.m. PDT and quickly went viral – garnering over 2 million views on Facebook alone in the first 36 hours it was live. Since then it has gone on to surpass 3.2 million Facebook views (plus an additional 300,000 on YouTube) and has reached over 11 million people. The video’s Facebook post has also received nearly 6,000 comments, over 41,000 reactions, and has been shared more than 63,000 times. Even the short 10-second teaser video that was released a week prior to the main video saw an impressive 336,000 views.

“Everyone at Nitto is thrilled with how well our fans have responded to the ‘Huracán Drift’ video,” said Stephen Leu, Nitto Tire U.S.A.’s Brand Publishing Manager. “We love collaborating on creating exciting and unique content that resonates with our fans and knew that combining the Hübinettes, a Lamborghini LP580-2 equipped with a hydraulic handbrake and our NT555G2 tires, and a dealership packed with millions of dollars of exotic cars would result in a video that people would enjoy and want to share with their friends.”

Creating video content that captures people’s attention and establishes a real connection with them has been the holy grail of marketing for the past few years. While many companies have tried it, few have seen as much success as Nitto Tire and Cie Digital Labs, Nitto’s agency of record. From their pioneering use of 360-camera Virtual Reality technology to their behind-the-scenes coverage of races like the Nürburgring 24 Hours and King of the Hammers, Nitto Tire and Cie Digital have continually set the bar for both reach and interactivity with fans. Following the release of “Huracán Drift,” Nitto Tire once again dominated the attention of the automotive world.

The “Huracán Drift” video can be seen on Nitto Tires’ DrivingLine Facebook page and YouTube Channel. For more information on Nitto Tires visit www.nittotire.com. Join Nitto Tire on Facebook at and on Twitter at @NittoTire.