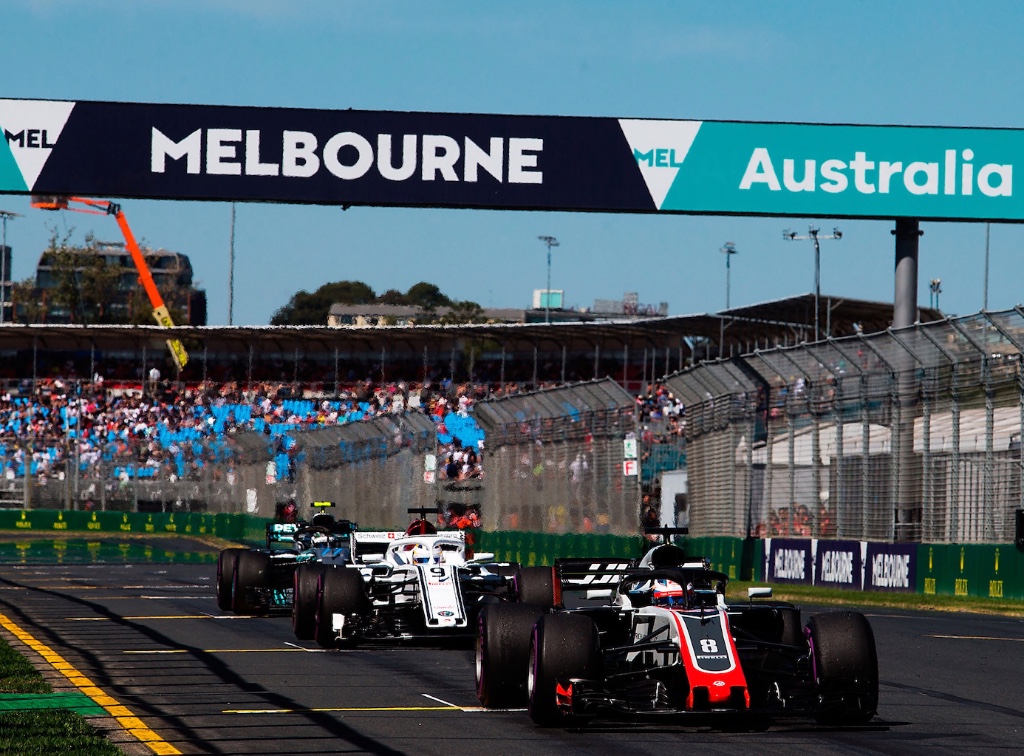 Melbourne, Friday March 23, 2018 – For the sixth consecutive year, Rolex will begin the Formula 1® season as F1® Event Title Partner of the FORMULA 1 2018 ROLEX AUSTRALIAN GRAND PRIX. Since its inception in 1950, Formula 1® has continually pushed the boundaries of performance and innovation to become the leading motor sport series worldwide. As a Global Partner and the Official Timepiece of Formula 1®, Rolex closely identifies with the sport’s groundbreaking technology and relentless pursuit of engineering precision.

This afternoon, the twenty racing drivers took part in two practice sessions at Albert Park circuit, just south of central Melbourne, with Mercedes-AMG Petronas Motorsport’s Lewis Hamilton setting the fastest time. The pioneering halo cockpit protection device also made its first official appearance at a Grand Prix™ weekend – a reflection of the Fédération Internationale de l’Automobile (FIA) and Formula 1®’s ongoing quest for driver safety. On Sunday March 25 at a revised local time of 16:10 the five lights will go out in Melbourne marking the start of the 2018 FIA Formula One World Championship™.

“As an Australian, it is always a great privilege to begin the season with the Rolex Australian Grand Prix,” said Rolex Testimonee and multiple Formula 1® Grand Prix™ winner, Mark Webber. “Rolex and the city of Melbourne are truly united by their commitment to world-renowned sporting events, such as Formula 1 and the Australian Open, that see competitors and spectators alike yearn to return year-onyear. The energy and atmosphere is always breathtaking and it is an honour to be part of this event, representing my country and Rolex.”

In 2018, the Formula 1® cars will compete in 21 countries, equalling the greatest number of races in a single season, with the high-speed action making a much anticipated return to the Circuit Paul Ricard, France and the Hockenheimring, Germany. Following the 58 laps in Australia, the teams will travel to Bahrain, China and Azerbaijan before the European season commences at the FORMULA 1 GRAN PREMIO DE ESPAÑA 2018 in May, followed by the definitive test of accuracy around the historic streets of Monaco a fortnight later. This year, Formula 1® welcomes the first ever triple-header with the sport racing on consecutive weekends – at the newly returned FORMULA 1 GRAND PRIX DE FRANCE 2018, in the verdant hills of Austria for the FORMULA 1 GROSSER PREIS VON ÖSTERREICH 2018 and at the historic FORMULA 1 2018 ROLEX BRITISH GRAND PRIX. The second half of the season will continue across Europe, Asia, North America, South America and finally the Middle East. Rolex will accompany this famous sporting series as it travels around the world; at every Grand Prix™ the official Rolex Pit Lane Clock provides a visual reminder of the importance of timing and precision, further highlighting the Swiss watch brand’s strong international presence.

The shared pursuit of excellence and supreme engineering unites Rolex and Formula 1®, demonstrating the dedication required to reach the pinnacle of watchmaking and sport. Ahead of the season, Rolex welcomes a new motor sport Testimonee, 2016 FIA Formula One Drivers’ World Champion™ Nico  Rosberg, who joins fellow Testimonees and retired Formula 1® drivers Sir Jackie Stewart and Mark Webber. The addition of Nico Rosberg is a natural evolution of the brand’s longstanding commitment to motor racing at the highest level.

Reflecting on the partnership, Nico Rosberg said: “Rolex is a very special brand and the Rolex family includes incredibly successful sportsmen and women from around the world, I am honoured to join them as a Rolex Testimonee.”

ABOUT ROLEX
Rolex, the Swiss watch brand headquartered in Geneva, enjoys an unrivalled reputation for quality and expertise the world over. Its Oyster and Cellini watches, all certified as Superlative Chronometers for their precision, performance and reliability, are symbols of excellence, elegance and prestige. Founded by Hans Wilsdorf in 1905, the brand pioneered the development of the wristwatch and is at the origin of numerous major watchmaking innovations, such as the Oyster, the first waterproof wristwatch, launched in 1926, and the Perpetual rotor self-winding mechanism invented in 1931. Rolex has registered over 400 patents in the course of its history. A truly integrated and independent manufacturing company, Rolex designs, develops and produces in-house all the essential components of its watches, from the casting of the gold alloys to the machining, crafting, assembly and finishing of the movement, case, dial and bracelet. Rolex is also actively involved in supporting the arts, sports, exploration, the spirit of enterprise, and the environment through a broad palette of sponsoring activities, as well as philanthropic programmes.