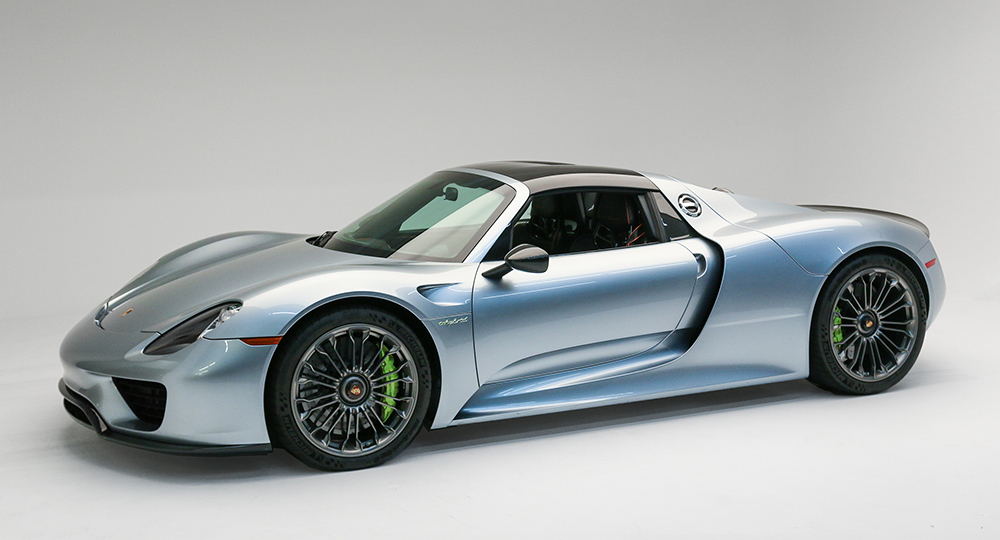 “Uncompromised Design” will showcase a curated selection of iconic and influential mid-engine Porsche vehicles from the brand’s more than 70 year history including the 1955 Porsche 550 Spyder, 2015 Porsche 918 Hybrid and 1971 Porsche 914-6

LOS ANGELES (July 18, 2019)– The Petersen Automotive Museum announced today it will open a new exhibit featuring a selection of historic mid-engine cars from Porsche spanning the length of the brand’s 70 year history. Located in the Mullin Design Studio, “Uncompromised Design” will showcase the evolution of Porsche’s roadgoing and race models that continue to advance the pursuit of ultimate performance. The new exhibit is scheduled to open on July 25, 2019.

Highlights of the exhibit will include a 1955 Porsche 550 Spyder, the first production Porsche designed specifically for racing and the first with a mid-mounted engine. Three examples of the 550 Spyder finished first, second and third in their class at the 1955 24 Hours of Le Mans. Other highlights include a 2015 Porsche 918 Hybrid hypercar, which was the first production car ever to lap the iconic Nurburgring race circuit in Germany in under seven minutes, and a 1971 Porsche 914-6 which holds the distinction of being Porsche’s first regularly available mid-engine production model.

The Petersen will host an opening reception for “Uncompromised Design” on Thursday, July 25, 2019. Media guests and ticketholders will be able to preview the exhibit while enjoying complimentary beverages and light appetizers by Drago Ristorante along with a special panel discussion featuring Porsche Design of America Head of Design Steffen Gantz, ArtCenter College of Design Head of Transportation Design Stewart Reed and Porsche exterior designer Grant Larson.

“’Uncompromised Design’ is a focused look into the legacy of Porsche’s most single-minded and advanced performance cars,” said Petersen Automotive Museum Executive Director Terry L. Karges. “These cars helped to push back the boundaries of automotive performance, and we can’t wait to share their story with the public.”

The Petersen Automotive Museum Foundation is a non-profit 501(c)(3) charity. The Museum is located at 6060 Wilshire Boulevard (at Fairfax) in Los Angeles, California, 90036. Admission prices are $16 for general admission adults, $14 for seniors, $11 for children ages 4 to 17. Active military with ID, personal care attendants and children under four are admitted free. Museum hours are 10 a.m. to 6 p.m. For general information, call 323-930-CARS or visit www.Petersen.org.