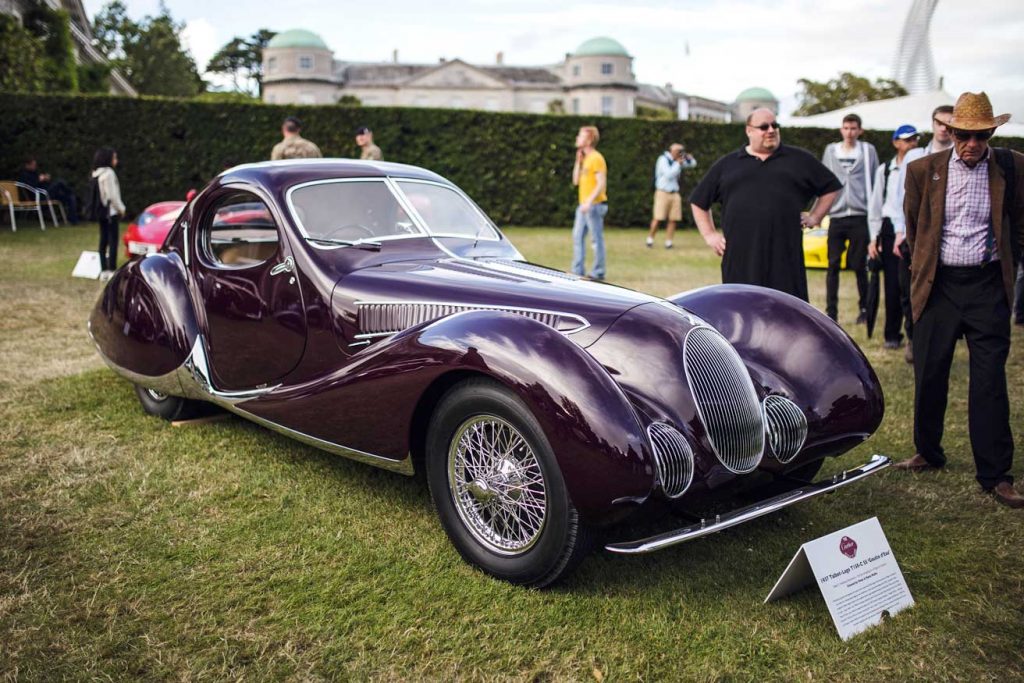 Figoni-bodied Talbot-Lago and Delahaye stunned the crowds at Goodwood Festival of Speed while the “Million-Franc Delahaye” triumphed at the Art of the Car Concours in Kansas City.

The Goodwood Best of Show 1937 Talbot-Lago Goutte d’Eau – which Mullin Automotive Museum Chairman Peter Mullin considers “the most gorgeous car ever designed” – was originally owned by Bentley Motors Chairman Woolf Barnato. The car spent several decades in England before being sold to Otto Zipper and imported into the United States. Peter Mullin acquired the car in 1985 and completed a concours restoration that had been started by a previous owner. The Delahaye Type 165 Cabriolet was originally rushed into development to be displayed at the 1939 New York World’s Fair. The engine wasn’t finished in time for the debut and was ultimately sold separately from the car. Peter Mullin purchased the chassis from an owner in Hawaii and united it with its intended engine.

While the quintet of Mullin cars were in England, the museum’s famous “Million-Franc Delahaye” was invited to participate in the Art Of The Car Concours in Kansas City. It won the Chairman’s Award, the equivalent of Best In Show, at an event that benefitted the Kansas City Art Institute’s scholarship fund.

The famous 1937 Delahaye Type 145 got its name by answering a million-franc challenge set by the Automobile Club of France to beat the existing speed record, then held by the Italians, around the Autodrome de Montlhery. Legendary French racing car driver Rene Dreyfus drove the Delahaye around the circuit for 16 laps at an average speed of 91 mph, and thus history was made.

Reflecting on the two-continent show honors, Peter Mullin said, “This has been an incredible weekend for the museum and the collection. To be asked to participate in a celebration of the work of one of history’s finest coachbuilders by Lord March is an incredible honor – to have the Talbot-Lago win Best In Show and for the Type 165 Delahaye win its class is a wonderful feeling. Then, to have the “Million Franc Delahaye” win at an event halfway around the world is simply icing on the cake.”

About the Mullin Automotive Museum
The Mullin Automotive Museum is located at 1421 Emerson Ave., Oxnard, CA 93033, in the building formerly occupied by the Otis Chandler Vintage Museum of Transportation and Wildlife. The museum is open to the public on the second and fourth Saturdays of every month from 10:00 a.m. to 3:00 p.m. Tickets must be purchased in advance at www.MullinAutomotiveMuseum.com. For information on semi-private tours or on Mullin 1000 Club membership benefits, please call 805.385.5400. 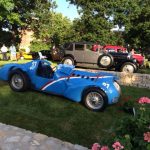 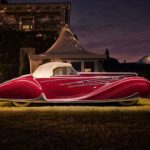