The Mullin Automotive Museum to show eight French classics in Monterey, including a 1912 Delaunay-Belleville, Grand Prix cars by Talbot and Delage, two historic Delahayes and a Citroen SM.

Oxnard, Calif. (July 20, 2016) — The Mullin Automotive Museum will bring rare and iconic vehicles to Monterey in mid-August that showcase the engineering, art and elegance that defined the best French automakers from the dawn of the automotive age through the performance era of the early 1970s.

Eight vehicles will be shown at four events over the course of the famed “car week,” including a 1912 Delaunay-Belleville Omnibus Chassis 3197, a 1927 Delage ERA, a Chapron-bodied 1937 Delahaye 145, a 1938 Delahaye 135M, a Chapron-bodied 1939 Delage D8-120, a 1946 Delage D6-3L race car, a 1950 Talbot-Lago Type 26 Grand Prix car and a new addition to the Mullin Collection – a 1972 Citroën SM. The vehicles will be shown and raced at McCall’s Motorworks Revival, the Rolex Monterey Motorsports Reunion, The Quail and the Pebble Beach Concours d’Elegance.

“It’s always a great honor to participate in events during Monterey Car Week,” said Peter Mullin, founder of the Mullin Automotive Museum. “We love to spend time with fellow enthusiasts, exercise the cars and use these iconic pieces of rolling sculpture the way they were intended – on the road and at the track.”

McCall’s Motorworks Revival
The 1972 Citroën SM will be on display at Gordon McCall’s Motorworks Revival on Wednesday, August 17th. The SM debuted in 1970 as Citroën’s top of the line grand tourer. It made use of Citroën’s famous oleopneumatic suspension system first introduced on the revolutionary DS and is powered by a potent V6 developed by Maserati. The SM was ahead of its time as a high-speed grand touring car and received many accolades from period publications including Motor Trend’s Car of the Year for 1972.

The 1927 Delage ERA, originally ordered by the Prince of Siam (now Thailand), was designed to win the World Constructor’s Championship title under new rules utilizing a 1.5 liter supercharged engine. This particular chassis was a successful competitor but after several teams had campaigned the car, it was eventually repowered by a rare two-stage supercharged ERA E-Type racing engine that made it competitive into the 1950s.

The 1946 Delage D6-3L was developed by Louis Delage’s protégé, Walter Watney, when France returned to racing after the conclusion of WWII. This car was originally purchased and raced by Henri Louveau, who drove the car to second-place finishes at both Le Mans and the Grand Prix of Spa-Francochamps. The car was rebodied in the early 1950s and its true racing heritage was forgotten until it was acquired by Peter Mullin in 2002 and restored to its original configuration by Auto Classique Touraine in Tours, France.

The 1950 Talbot Type 26 features a cutting-edge chassis and a powerful engine designed to compete in a brand new Grand Prix class – Formula One. With rules that stipulated either a supercharged engine displacing 1.5L or unsupercharged engines displacing up to 4.5L, Anthony Lago mated a powerful 4.5L inline six cylinder to a new chassis that Autocar Magazine touted as the “fastest production chassis in the world.” The result was a small, aerodynamic Grand Prix car capable of 166mph that did much to elevate the prestige of French Formula One racing around the world.

Pebble Beach Concours d’Elegance
The Mullin Automotive Museum will enter four automobiles at the Pebble Beach Concours d’Elegance on Sunday, August 21st. The first of these is the museum’s 1912 Delaunay-Belleville Omnibus, a motorcar known at the time for being the most desirable of the luxury French marques. These desirable automobiles were the favorites of royals such as Tsar Nicholas II of Russia (who had 7 in his garage by 1912), King Alphonso XIII of Spain and the social elite throughout Europe.

The Mullin will also show its 1938 Delahaye Type 135M with body by Figoni et Falaschi. This example, known informally as “The Star of India” was owned originally by explorer and businessman Casimir Jourde and was delivered to his estate in India shortly after it was built. One of only three surviving cars penned by Joseph Figoni for the Paris Auto Salon featuring the curved arcs later known as “French Curves” that helped establish the Art Deco movement, was eventually found on wooden blocks in a garden shed in Jodhpur before it was acquired by The Mullin and restored to its former glory.

The museum’s 1937 Delahaye Type 145 coupe is one of four originally ordered by Ecurie Bleue racing team owner Lucy Schell to compete in the famous Million Franc Challenge issued by the French government. The Mullin owns three of the four cars, one of which actually won the million franc prize at the hands of Rene Dreyfus. This particular chassis went to coachbuilder Henri Chapron to be rebodied into a touring car in 1939, but after delays due to the war it was finally completed as a two-seat coupe.

Lastly, the museum will be displaying its stunning 1939 Delage D8-120. This sleek car was also bodied by Chapron and is powered by a potent V8 engine. The D8-120 was renowned in its time for its excellent handling and staggering good looks. This particular example has a colorful history, as it was owned by a French general, then sold to RKO Studios in Hollywood where it was used in the movie An American in Paris, where it transported actor Gene Kelly around the City of Lights alongside actress Nina Foch. The car was purchased in 1987 by The Mullin and restored to its original condition.

Part of The Mullin Automotive Museum’s mission is to show and exhibit its cars, sharing their stories and educating the public on the fascinating history of these rolling sculptures. Monterey Car Week provides an unparalleled stage on which to showcase the beautiful French designs that exemplify the museum’s mission. For more information on the Mullin Automotive Museum, please visit please visit www.mullinautomotivemuseum.com or call 805.385.5400.

About the Mullin Automotive Museum
The Mullin Automotive Museum is located at 1421 Emerson Avenue, Oxnard, CA 93033, in the building formerly occupied by the Otis Chandler Vintage Museum of Transportation and Wildlife. The museum is typically open to the public on the second and fourth Saturdays of every month from 10 AM to 3 PM. Tickets must be purchased in advance at www.MullinAutomotiveMuseum.com. Semi-Private tours are offered on Tuesdays at 10 AM and Thursdays at 11 AM for $40 per person. Other weekdays may be available by appointment. Reservations are required. For information on semi-private tours or on Mullin 1000 Club membership benefits, please call 805.385.5400. 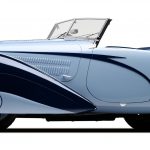 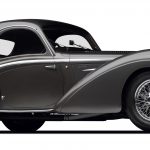 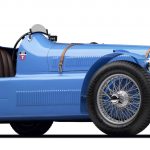 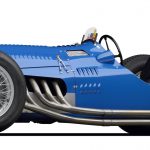 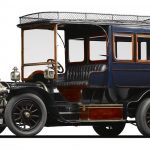 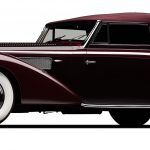