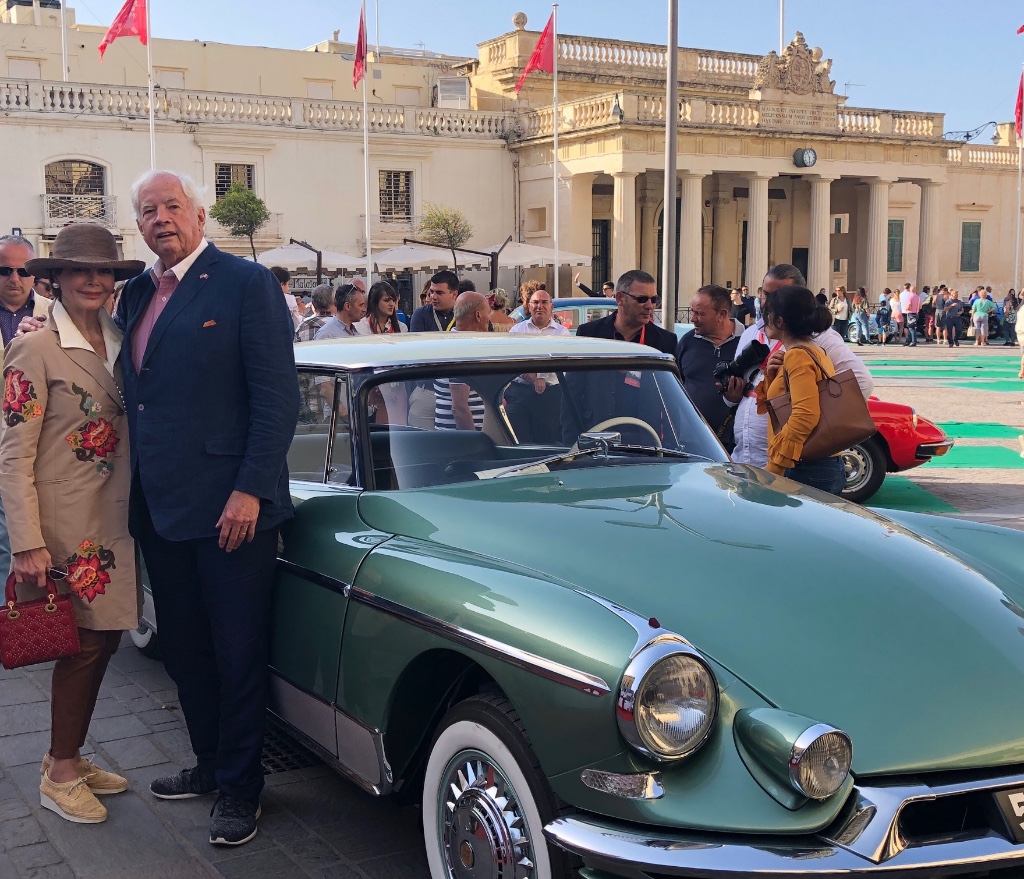 One of nine ever produced by famed coachbuilder Henri Chapron, the Le Paris, owned by Peter and Merle Mullin, recently underwent a full, two-year restoration before claiming the international title on May 20 in Malta

Valletta, Malta (May 29, 2018) – The Mullin Automotive Museum’s 1960 Citroën ID19 Le Paris won the prestigious title of “Best in Show” at the Valletta Concours d’Elegance on Sunday, May 20, 2018. The annual show, which took place in the baroque city of Valletta, Malta, presented more than 80 treasured classics from private car collections around the globe within the walls of historic St. George’s Square.

Selected for best representing the ethos of the event in regard to elegance, presentation and history, the Mullin’s Le Paris represents one of only three left in the world from the initial nine and the only model still with the original ID chassis. Peter and Merle Mullin purchased the car in 2016 in Europe and soon began a full, two-year restoration, which included a fresh coat of paint on the car’s original Andalusia burgundy red exterior.

“I’ve always been intrigued by Citroën’s dramatic avant-garde design and unparalleled engineering,” said Peter Mullin, founder and CEO of the Mullin Automotive Museum. “I’m honored to have shared my fascination for this extraordinary automaker in Malta over the weekend. I’m even more thrilled that this car’s unique design and history were recognized as the very best amongst such beautiful vintage cars from all over the world.’”

French coachbuilder from the Art Deco era, Henri Chapron, first created the Citroën Le Paris in 1958 following the success of his La Croisette cabriolet model. The Le Paris was Chapron’s hard-top version of the La Croisette. While both hand-built cars were well received by the public, the La Croisette was so popular that Citroën asked Chapron to make a factory-sponsored version called the “Usine.” After the introduction of the Usine, production ceased on the Le Paris and La Croisette altogether. However, the Le Paris has continued to be a rare example of Chapron’s distinctive coachwork and automotive styling.

The car will now return to the Mullin Automotive Museum collection, where there are many notable examples of Citroën’s iconic styling and engineering. For the first time in history, the legendary automaker will grace the 2018 Pebble Beach Concours d’Elegance as a featured marque.

For more information about the 1960 Citroën ID19 or other vehicles in the Mullin Automotive Museum collection, please visit www.MullinAutomotiveMusuem.com.