During the Chubb Insurance Concours d’Elégance at Salon Privé on the stunning grounds of England’s Blenheim Palace on August 30, the D8 won “Best Pre-War Automobile” and “Most Opulent”

Oxnard, Calif. (September 7, 2018) – The Mullin Automotive Museum’s 1937 Delage D8-120 claimed “Best Pre-War Automobile” and “Most Opulent” during the Chubb Insurance Concours d’Elégance held at Salon Privé on Thursday, August 30, 2018.  Salon Privé is one of the United Kingdom’s longest-running and most successful motoring events, where the D8 ultimately took second in show overall during the 13th-anniversary celebration.

Kicking off the three-day Salon Privé, the Chubb Insurance Concours d’Elégance welcomed a world-class collection of automotive glamour and royalty to the prestigious lawns of Blenheim Palace—the birthplace and ancestral home of Sir Winston Churchill. This year featured more than 50 cars and 20 motorcycles from around the word that were judged by an expert panel of 17 judges led by the five-time Le Mans winner Derek Bell MBE.

“We are happy with the opportunity to share the beauty and history of the French automotive styling every chance that we get,” said Peter Mullin, founder and CEO of the Mullin Automotive Museum. “We’re thrilled that our passion and one of the most beautiful cars in our collection could be shared at the most elegant and historic Concours event in the United Kingdom.”

Known for its exceptional handling, the Mullin’s 8-cylinder D8-120 starred in the 1951 classic film “An American in Paris.” The film’s producers commissioned certain changes to the car’s design, including taillight modifications and a new green paint job. The car’s original French coachbuilder, Henri Chapron, was involved in the alterations. Years later in 1987, the car was put up for auction and purchased by Peter Mullin, who restored the car to its original configuration and added it to the museum’s collection.

For more information about this car or others in the Mullin Automotive Museum collection, please visit www.MullinAutomotiveMusuem.com. 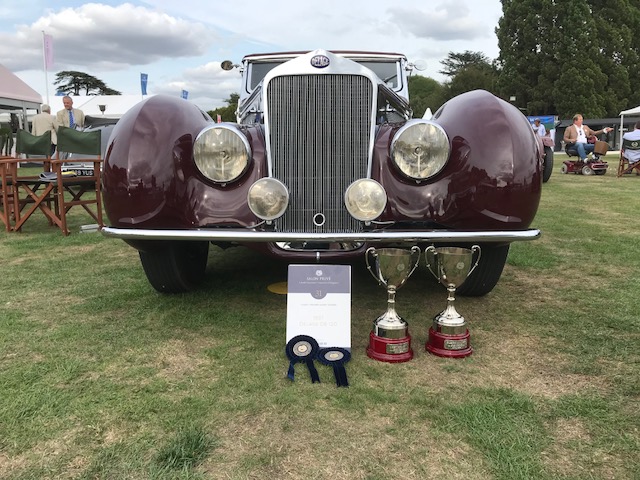 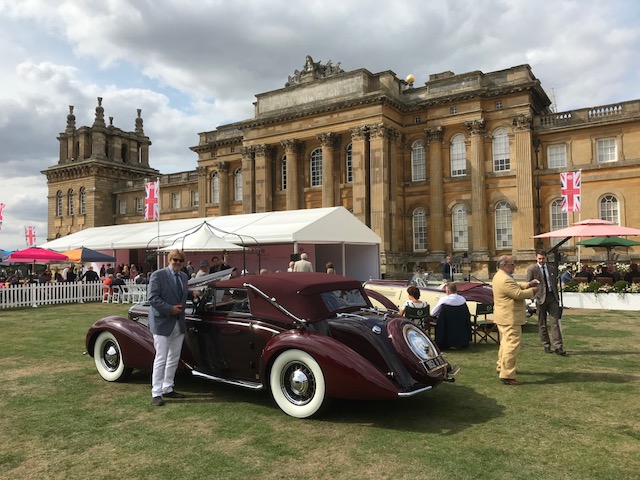