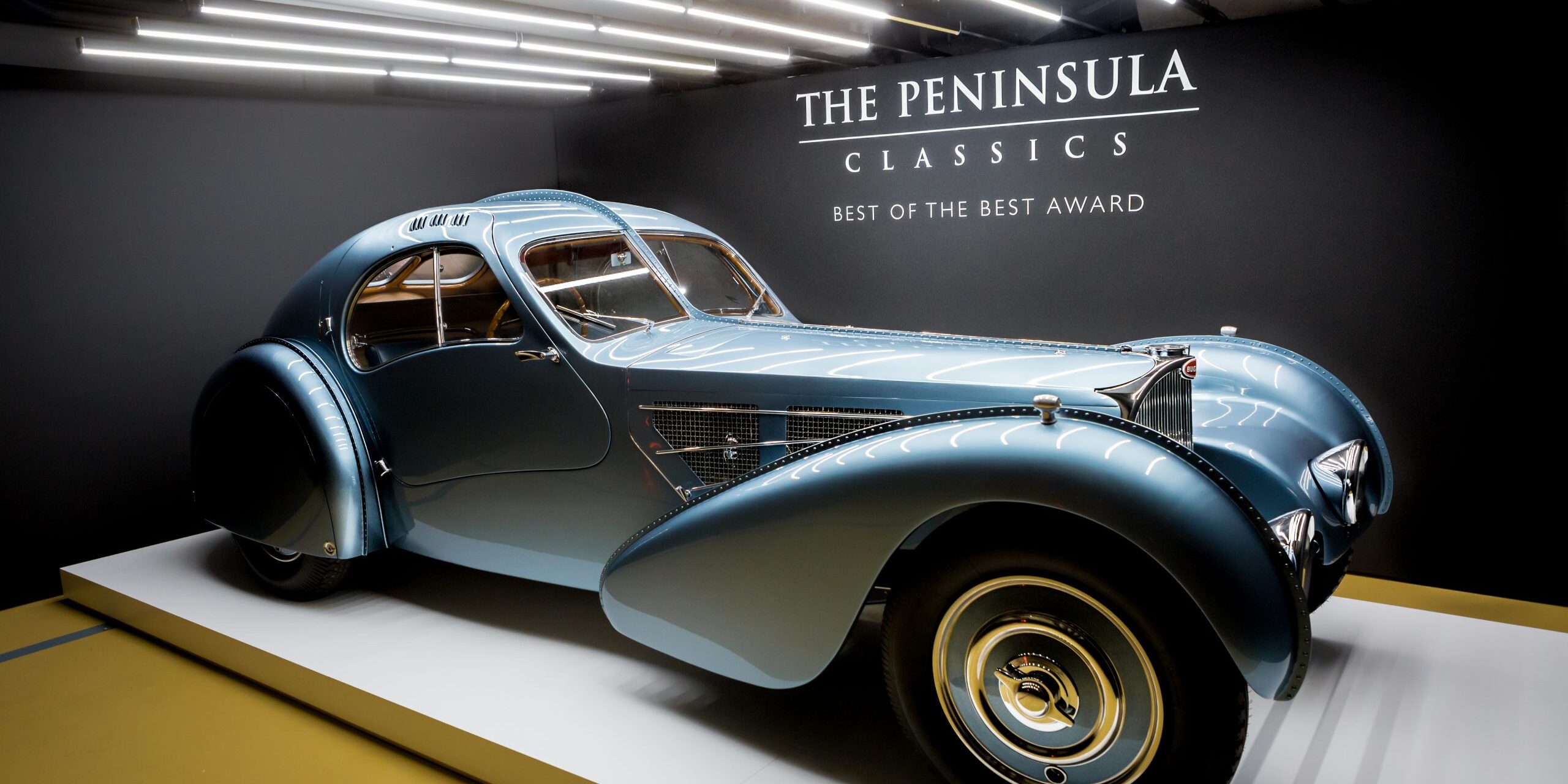 The pre-war Bugatti now carries the top automotive honor, following its qualifying “Best of Show Concours d’Etat” title at the Chantilly Arts & Elegance. The award marks the second “Best of the Best” accolade for the Mullin collection.

Paris, France (February 8th, 2018) – The Mullin Automotive Museum’s 1936 Bugatti Type 57SC Atlantic was named The Peninsula Classics “Best of the Best” during a private dinner held at the Peninsula Paris on February 8th. In three years of the annual award, the Mullin Museum has won twice, claiming the inaugural title with its 1937 Talbot-Lago T150-C SS.

Late last year, the Atlantic was nominated to compete against seven other “Best in Show” winners from prestigious Concours events around the globe. After being judged by a panel of 24 experts, including Henry Ford III and The Duke of Richmond, the car received the prestigious title, signifying its status as one of the world’s finest automobiles. The car will now return to the Mullin Museum, where it will continue to be on display.

“The Atlantic represents the pinnacle of everything I adore about the French automotive styling and widely described as the Mona Lisa of the automobile collector world,” said Peter Mullin, founder and CEO of the Mullin Automotive Museum. “From its signature curves to its aviation-inspired rivets to the John Bugatti designed sleek all-aluminum body, the car is truly a remarkable piece of art. I’m very honored to have shared it with the world amongst other worthy ‘Best of the Best’ contenders.”

Often called the “Mona Lisa” of the automotive world, the Atlantic represents the first of only three models ever produced. Marked by riveted flanges on a blue, all-aluminum body, this particular Bugatti is the only surviving “Aéro Coupé,” a designation given to the first two cars that were mechanically very similar to the aérolithe. Delivered new in 1936 to Britain’s Nathaniel Mayer Victor Rothschild, third Baron Rothschild, the Atlantic has had only a handful of owners in its 80-year history.

Under the care of the Mullin Museum, the car has been shared with the public at numerous events and venues internationally. Most recently it was on display at the Petersen Automotive Museum in Los Angeles for “The Art of Bugatti” exhibit, which closed late last month.

For more information about the Atlantic or the Mullin Automotive Museum, please visit www.MullinAutomotiveMuseum.com.