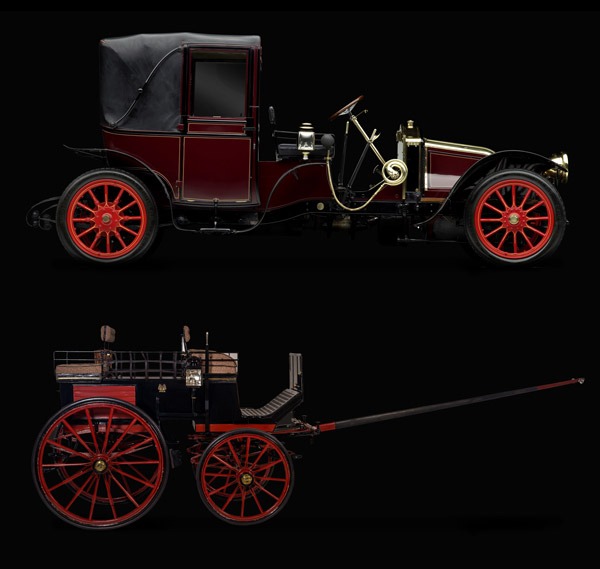 All-new exhibit at The Mullin celebrates the craftsmanship and evolving technology that blossomed during the Belle Époque period in France, the rise of coachbuilding and the transition from horse-drawn carriages to the dawn of the automobile.

Oxnard, Calif. (March, 2016) — The Mullin Automotive Museum continues its celebration of French culture and automotive design with its newest exhibit, Cars and Carriages, opening April 9th, 2016. Highlighting the finest examples of transportation from the end of the horse-drawn era and dawn of the automotive age, carriages and early motorcars from France’s prominent coachbuilders including Bugatti, Million-Guiet, Labourdette, Kellner and L’Renault will be shown in the main Mullin gallery. The conveyances on display have been curated from the Mullin’s own collection.

“We are excited to offer our guests the opportunity to see these wonderful hand-built pieces of rolling sculpture in person,” said Peter Mullin, founder of the Mullin Automotive Museum. “The Belle Époque was a period of Western European history that lasted from the 1870s until the outbreak of World War I, and it translates to ‘Beautiful Era.’ It was characterized by technological, scientific and cultural innovations in France, and the arts and sciences flourished. This unique period saw the final – and many say most beautiful – examples of horse-drawn transportation and the rise of the brass car era. These vehicles are really sculptural art, and we are proud to exhibit some of the jewels of that wonderful era.”

Eight unique, hand-built horse-drawn carriages will be on display, including late 19th century examples from L’Renault, Kellner and Labourdette, to estate carts, carriages and gigs built by Bugatti as late as the 1930s. A standout includes a pale yellow carriage designed by Ettore Bugatti himself. A lifelong equestrian, Bugatti kept a well-equipped stable at his factory in Molsheim, France, and while this particular example went into hiding during WWII to keep it safe, it stayed in the Bugatti family until 1983.

The automobile portion of the exhibit features nine beautiful examples of early French automobiles from manufacturers such as Bugatti, Hispano-Suiza, Renault, Panhard and Levassor, Sunbeam-Talbot-Darracq and more – many of them concours award winners. One standout is the diminutive 1913 Peugeot BP 1 Bébé, originally designed by Ettore Bugatti for the German firm Wanderer, and built by Peugeot under license for the French market – it was the first Peugeot to sell over 3000 units. Another stunning vehicle on display is the 1922 Hispano-Suiza Type H6B Skiff Torpédo by Henri Labourdette, featuring a polished wood skinned “Skiff” style body, a design pioneered by Labourdette. Vehicles in the exhibit span the timeframe of 1902-1929, representing quantum leaps in design and engineering. Other artifacts on display from the era include Louis Vuitton luggage, tools from the time, leather driving apparel and catalogs and literature from the era.

Cars and Carriages promises to be a unique experience for all museum patrons and is not to be missed. For more information on the Cars and Carriages exhibition or the Mullin Automotive Museum, please visit MullinAutomotiveMuseum.com, call 805.385.5400 or email info@mullinautomotivemuseum.com.

The Mullin Automotive Museum is located at 1421 Emerson Ave., Oxnard, CA 93033, in the building formerly occupied by the Otis Chandler Vintage Museum of Transportation and Wildlife. The museum is open to the public on the second and fourth Saturdays of every month from 10:00 a.m. to 3:00 p.m. Tickets must be purchased in advance at www.MullinAutomotiveMuseum.com. For information on semi-private tours or on Mullin 1000 Club membership benefits, please call 805.385.5400.all 805.385.5400. 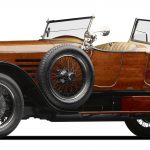 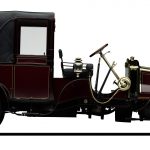 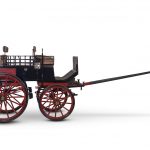 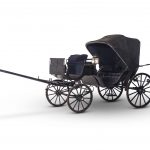