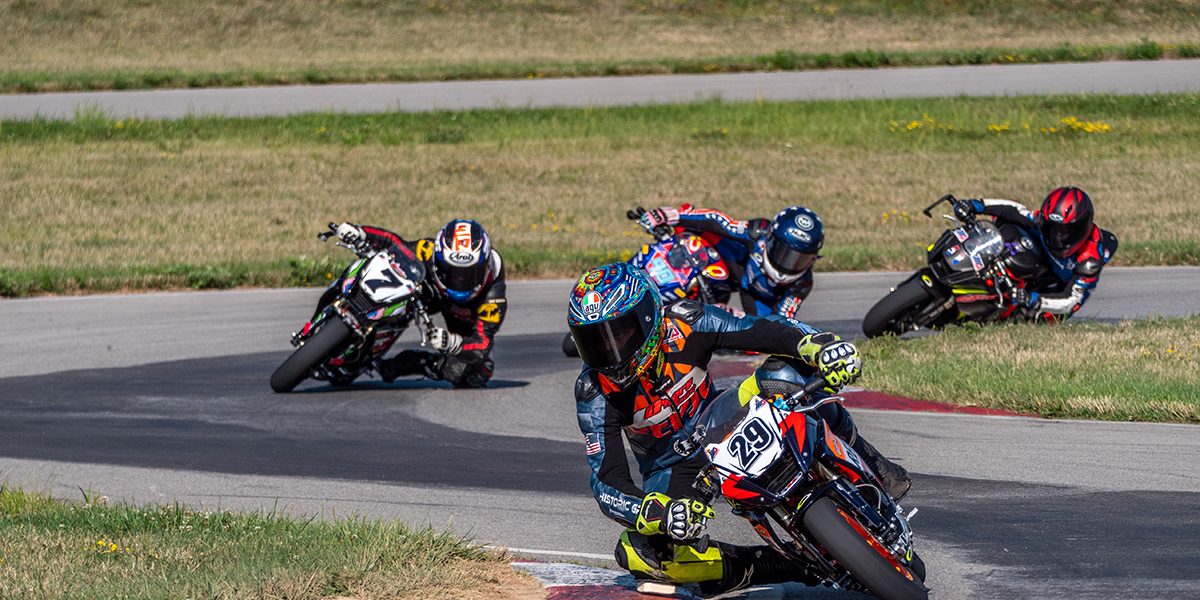 Motul expands motorsports partnership with MotoAmerica, adding King Of The Baggers lubricant sponsorship for the 2022 season

Cypress, Calif. (Jan. 27, 2022) – Motul, the world-class oil and lubricants company founded in 1853, announces its return as the presenting sponsor of the MotoAmerica Mini Cup youth road racing series for the 2022 season. In addition, the company has signed on as the official lubricant sponsor of the popular V-Twin-powered MotoAmerica Mission King Of The Baggers series.

“It’s great news that Motul is continuing as the sponsor of the MotoAmerica Mini Cup by Motul as they have been from the beginning of the class in 2020,” said MotoAmerica President Wayne Rainey. “Our King of the Baggers class is a huge attraction for the motorcycling community as a whole and having Motul supporting both our Mini Cup racers and our V-Twin competitors shows its commitment to everything on two wheels.”

Normally seen as wide-fairing cruisers, the Mission King Of The Baggers Championship emerged as a novel concept in 2021, pitting touring motorcycles from Harley-Davidson and Indian against North America’s most premier road racing destinations. The high-octane series was met with great fanfare and extends to six rounds for the 2022 season.

The Mission King Of The Baggers series kicks  off March 10-12, with a doubleheader held in tandem with the Daytona 200 during Bike Week in Daytona Beach, Fla. The Mini Cup by Motul series is set to begin at Road America in Elkhart Lake, Wisconsin, June 3-5.

“We’re truly thrilled to return as the presenting sponsor of the MotoAmerica Mini Cup and announce our partnership as the official lubricant sponsor of MotoAmerica’s Mission King Of The Baggers series,” said Motul USA Brand Manager Nolan Browning. “Motorsport is instrumental in the development of every Motul product, and the MotoAmerica Mini Cup by Motul and King Of The Baggers championships are excellent ways to connect with new audiences, for products like our Motul Twin Line of lubricants, and welcome a new generation of racing talent into the motorsport fold.”

ABOUT MOTUL
Founded in 1853, Motul is a world-class French company specializing in the formulation, production and distribution of high-tech engine lubricants. In 1989, Motul entered the U.S. market as Motul USA, where it has become well-known for its motorsports-derived automotive and powersports products. Motul also serves heavy-duty industries through its MotulTech division.

Recognized as an innovator of lubrication technologies for more than 150 years, Motul is regarded for its quality, competition-proven products. With the release of 300V in 1971, Motul became the first lubricant manufacturer to formulate a 100% synthetic engine lubricant using esters technology.

Motul is a partner to numerous manufacturers and racing teams with the goal of furthering its technological developments in motorsports. It has invested in international competitions, serving as an official supplier for teams in road racing, trials, enduro, endurance, Superbike, Supercross, Rallycross, World GT1, 24 Hours of Le Mans (cars and motorcycles), 24 Hours of Spa, Le Mans Series, Andros Trophy, Paris-Dakar, 8 Hours of Suzuka, Bol d’Or and the Daytona 200-mile motorcycle race.