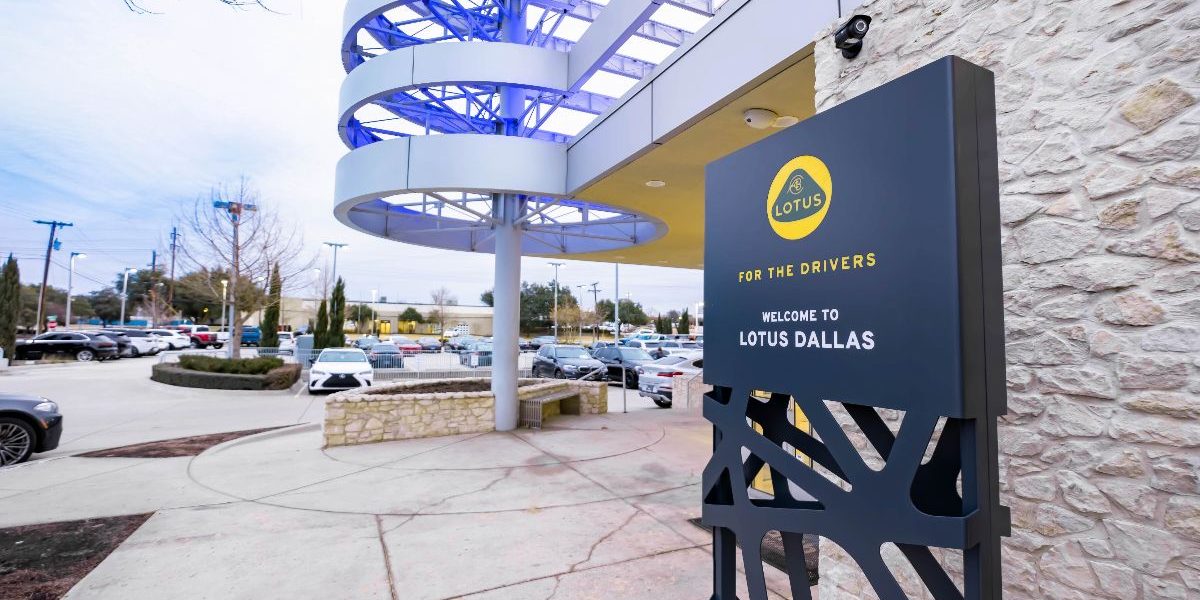 Hethel, UK – 13 April 2022
The ongoing transformation of the Lotus global retail network continues apace, with showrooms worldwide now upgrading to the brand’s new visual identity. The UK, North America and mainland Europe now have sites fully installed with the new look, and more will follow in the coming months.

The first Lotus showroom to integrate the new retail identity opened in the Kingdom of Bahrain last autumn. Sculptural and artistic in its execution, it draws directly on the company’s design and engineering prowess, capturing the energy of the brand as it transforms from a UK sports car company to a global performance car business and brand.

In the UK, the first showroom to be completed is Lotus Exeter, a solus site operated by Hendy Group. It’s at Marsh Barton, the largest retail park in the south-west and the city’s main destination for automotive retail customers.

In the USA, Lotus Dallas is operated by Earth Motorcars, the leader in the luxury and exotic car market in the Dallas-Fort Worth area of Texas. The business is a key participant in a local monthly auto show, an event which draws thousands of car enthusiasts who are learning about the exciting future of Lotus.

In Europe, the teams at the first two showrooms to feature the new retail identity celebrated by staging events to introduce their customers to the Lotus Emira. In Brussels, Belgium, an all-new Lotus showroom has been delivered by the highly respected Sterckx-Desmet automotive group. In Italy, Lotus Turin is a long-standing partner of the brand which has invested in the new retail identity to improve the experience for customers.

Geoff Dowding, Executive Director, Sales and Aftersales, Lotus, commented: ““As we evolve and expand our product range, we are enhancing the Lotus customer experience. The physical transformation of our retailers and retail agencies worldwide, coupled with the launch of our digital e-commerce platform, is a key element of that process.”