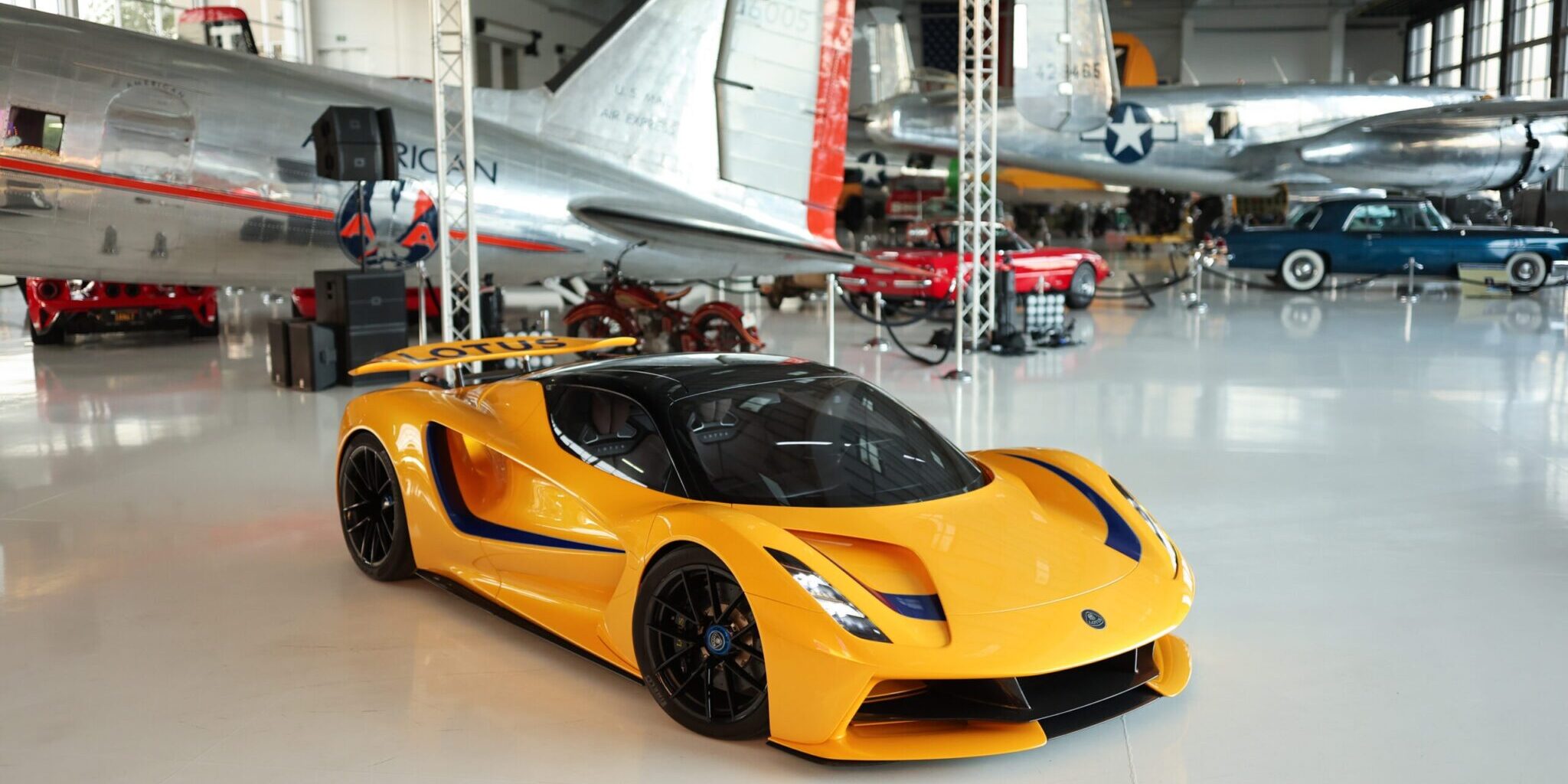 (Monterey, California, USA – 9 August 2021) – The recently unveiled Emira, the last petrol-powered car from Lotus and the best of breed, is making its US debut at Monterey Car Week.

The flagship event for Lotus will be at The Quail: A Motorsport Gathering. The Emira will also make its dynamic debut at the legendary Laguna Seca Raceway for a very special celebrity track day – more details of that will follow later this week.

The Lotus Evija pure electric hypercar is also taking centre stage in California with a striking all-new livery that will resonate strongly with US motorsport fans. Yellow with blue accents, the colour scheme is inspired by the iconic Lotus Type 99T from 1987 – the car in which Formula 1 legend Ayrton Senna was victorious at that year’s Detroit Grand Prix. 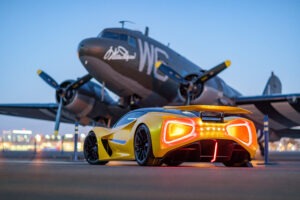 The 99T featured pioneering computer-controlled active suspension which allowed it to ride the bumpy and technically demanding downtown street circuit. The race win has become legendary in F1 circles, showing Lotus’ innovative approach and the car’s outstanding technical capability. It was also the last Lotus win for Senna.

It’s the second time the Evija has appeared at Monterey Car Week. Just weeks after it was unveiled in July 2019, California was the first stop on at world tour that also took in Japan, China and the Middle East.

The Evija has a packed schedule for its latest trip Stateside. On Saturday it supported  the world premiere of the Radford 62-2 at the Lyon Air Museum, Santa Ana. The car – limited to just 62 examples – is based on the Lotus Type 62 and being manufactured using Lotus technology.

At the museum the car was shot by world renowned photographer Larry Chen, before the Radford unveil event.

From Monday to Thursday, the Evija – the world’s most powerful production car at more than 2,000 PS – has a full diary of private meetings with American depositors and prospective customers. On Friday it’s taking centre stage at the The Quail: A Motorsport Gathering at Quail Lodge & Golf Club in Carmel Valley.

The recently unveiled Emira, the last petrol-powered car from Lotus and the best of breed, will also be at The Quail. Before that it’s heading to the nearby Laguna Seca Raceway for a very special celebrity track day – more details of that will follow later this week. 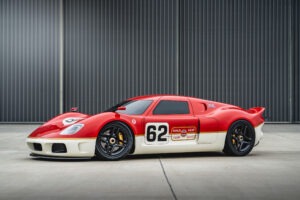 The Lotus pairing of Evija and Emira will also be joined at The Quail by the Radford 62-2. All three will be part of a press conference held at 9.15am PDT (GMT-8) on Friday 13 August on the Lotus stand.

Lotus Engineering provides comprehensive and versatile consultancy services to many of the world’s OEMs and Tier 1 suppliers and is an internationally recognized automotive engineering consultancy.