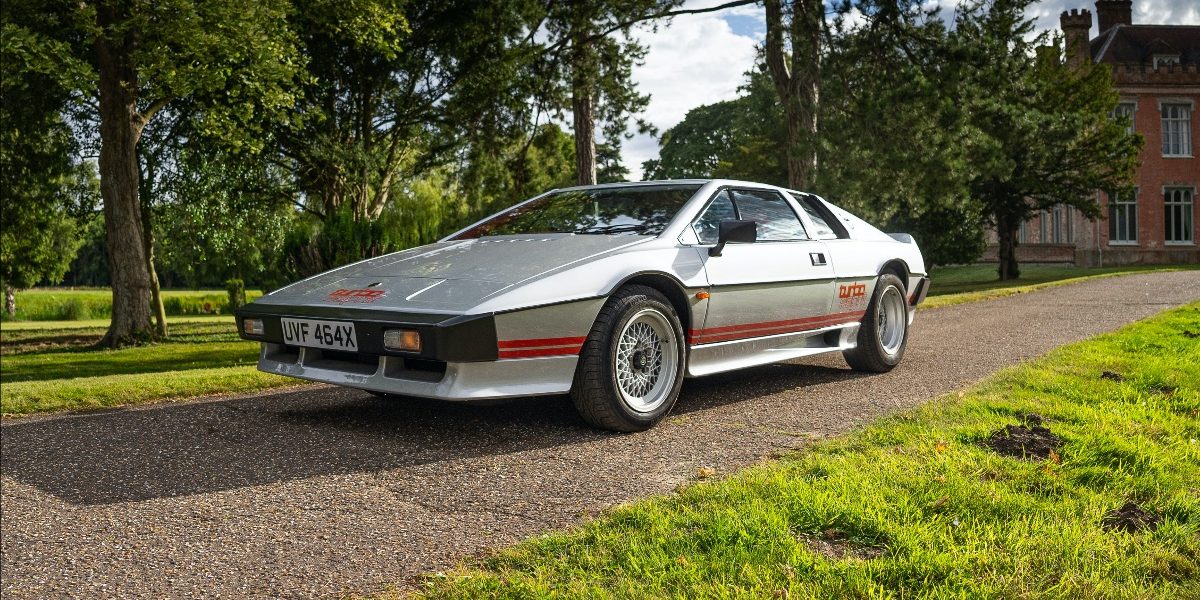 (Hethel, UK – 10 August 2020) – Lotus is launching a new Certificate of Provenance programme, revealing the first recipient as a stunning and celebrated Turbo Esprit that was the final ‘company car’ of Lotus founder Colin Chapman.

The 1981 model, which was also driven by UK Prime Minister Margaret Thatcher during a visit to Norfolk, has recently been acquired by Lotus. Following a sympathetic restoration it will join the company’s collection.

The new Certificate of Provenance is designed to appeal to owners of Lotus cars from any era. They could buy one for themselves or receive it as a gift from friends or family. It is delivered in a distinctive ‘For The Drivers’ Lotus presentation box, which contains:

The three documents are presented in a simple black envelope placed inside the presentation box. Beneath it is a selection of Lotus collectables, including an aluminium plaque engraved with the owner’s name and information from the Certificate of Provenance; a leather Lotus keyring; a carbon fibre bookmark featuring the brand’s nine most significant motorsport laurels; a presentation tin of four badges; and a Lotus ink pen.

The Certificate of Provenance is available worldwide through Lotus retailers. In the UK it costs £170 + postage. Prices in other markets may vary.

The 1981 Lotus Turbo Esprit has the UK registration plate UVF 464X and was first registered to Lotus on 1 August of that year. Its own Lotus Certificate of Provenance reveals it was allocated to company founder Colin Chapman for his exclusive use. Following Chapman’s death in December 1982, it was sold by Lotus in July 1983 and has been in private hands ever since, covering just 11,000 miles and regularly maintained.

Finished in metallic Silver Diamond paint with ‘Turbo Esprit’ decals, the factory-fitted optional extras include a full red leather interior, air-conditioning and a Panasonic audio system integrated into the headliner.

However, the specification is completely unique as it has several features added at the request of Chapman to improve his own driving comfort and enjoyment. These include power steering – it was the first Esprit ever to have this technology – plus modified and lowered suspension, modified brakes and BBS Mahle lattice alloy wheels.

On 5 August 1981 the car was used by Chapman to promote the latest Lotus range to the then UK Prime Minister, Margaret Thatcher, when she toured Norfolk. After landing at Norwich Airport and talking to Chapman, she sat behind the wheel and drove it round the site’s private roads. Local media reported that she had said: “I was tempted to drive away in it.”

Phil Popham, CEO, Lotus Cars, commented: “What better way to launch our Certificate of Provenance than by showing how it has validated the celebrated history of an iconic and unique Turbo Esprit. The Lotus archive is a fully catalogued database of information and can provide a wealth of insightful facts on any Lotus car from any era. It’s the perfect gift for a Lotus owner anywhere in the world.”

Speaking about the unique Turbo Esprit, he added: “This is an iconic and unique car from the Lotus back catalogue, personalised by our founder Colin Chapman and with a truly fascinating provenance. It deserves its place in our collection and we’re looking forward to showing it off.”
*subject to availability

Group Lotus is based in Hethel, Norfolk, UK. It is part of Geely Automotive, the fastest growing automotive group in the world. Geely has a 51% controlling stake, with 49% owned by Etika Automotive, a Malaysian conglomerate.

Lotus Cars builds world-class, high-performance sports cars including the Evora, Elise and Exige ranges. In July 2019 it launched the Evija, the world’s first all-electric British hypercar. Production will start in 2020.