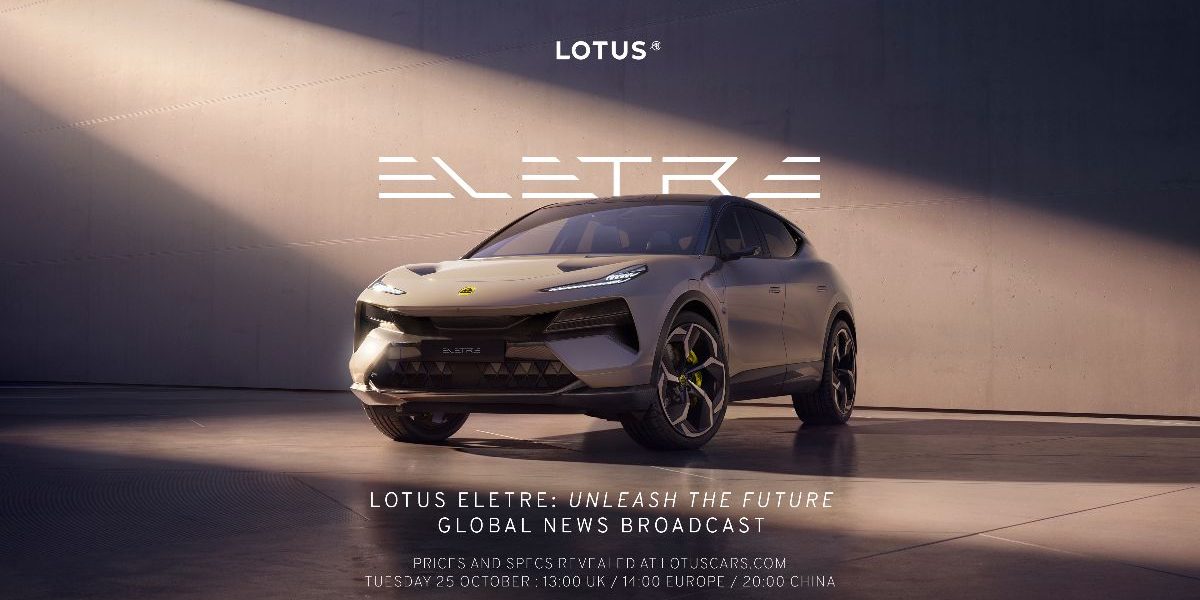 The Lotus Eletre is the first of a new breed of pure electric SUVs. It takes the core principles and Lotus DNA from almost 75 years of sports car design and engineering, evolving them into a desirable all-new lifestyle car for the next generation of Lotus customers.

On Tuesday 25 October 2022 – exactly a week from today – a global broadcast from Lotus will reveal further details of its design, technology and dynamic performance. It will include full details on the range, prices and specifications for key markets around the world.