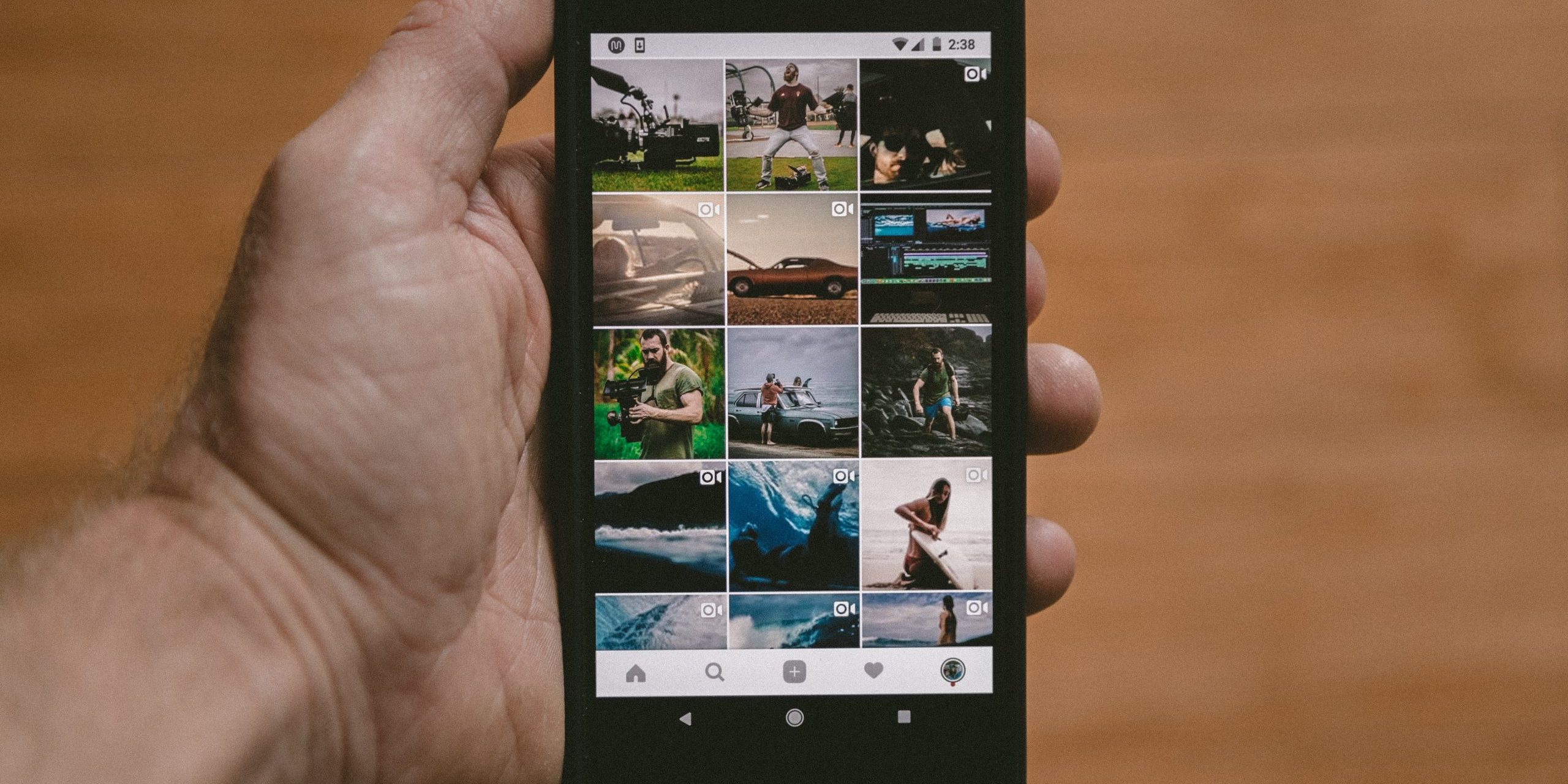 Over the last decade, Instagram has transformed from a simple photo-sharing app into the most important social media platform for businesses.

In 2016, Instagram added the Stories feature to compete with rival platform Snapchat, and in 2018, it introduced IGTV, signaling a distinct shift away from still photography. Most recently, Instagram debuted Reels, its short-form video feature. Instagram devised Reels to compete with the popular app TikTok, and if history tells us anything, Instagram is likely to be successful — which means now is the time to develop Reels for your brand and capitalize on being an early adopter of the format.

Why Short-Form Video Is Important for Social Media

Although TikTok and most recently Reels may seem somewhat new, the short-form video has been an essential part of social media for some time. When Vine launched in 2013, it introduced the medium to the social apparatus. Vine hybridized the YouTube model with those of Instagram or Twitter, moving away from the semi-immersive experience of YouTube. Instead, it prioritized quick, “scrollable” video requiring little investment on the viewer’s part.

Vine proved so popular early on that Twitter acquired the platform for $30 million. However, Vine’s success eventually faded as larger, more established competitors like Instagram added new video features. With the ability to pool their social media time on one platform, Vine users began to jump ship. As Twitter’s fate in an evolving social media sphere became ever more uncertain, the company opted to shut Vine down in early 2017, leaving its numerous users and distinct culture nowhere to go.

The vestiges of Vine seemingly found a new home on TikTok, which officially launched in the United States in 2018. Picking up where Vine left off, TikTok allows users to record short-form videos, adding music, digital stickers, text, or filters from within the app. Moreover, users can duet with others, a feature that allows them to respond to videos or even add on to them.

According to AdWeek, TikTok garnered “the most downloads for any app ever in a quarter” in Q1 of 2020. By August, however, the platform’s fate seemed uncertain. President Trump threatened to ban the Chinese-owned app, citing possible threats to national security and privacy. With TikTok’s U.S. presence in flux, Instagram seized the opportunity to introduce its latest platform feature: Instagram Reels. By most measures, Reels is a carbon copy of TikTok’s proven recipe. Even so, it offers unique features to give it a flavor all its own.

So, what makes Instagram Reels special, and why should you be using it to promote your brand and market your products?

Instagram Reels allows users to record up to 30-second video clips set to music or original audio. Moreover, users can add in-video captions, use filters to alter the video’s appearance and pull everything together with in-app editing software. Just like TikTok, if users find audio from another Reel that they wish to use on their own, they can sample the sound by clicking the “Use Audio” button. The music feature is not available on all accounts, and in our experience, most business accounts are barred from using it altogether. Fret not, however, as you can add music before uploading your content.

Instagram has a long track record of augmenting its platform to compete with emerging social media trends, and Reels is no different. The new feature is now front and center in the app to help convert as many TikTok users to Reels users as possible.


Now is the time to develop Reels for your brand and capitalize on being an early adopter of the format.

To create a new Reel, look no further than the center of the Instagram navigation bar, right where the post button formerly existed. To make feed, story, or IGTV posts, the user must now visit the “+” symbol in the top right corner. Although many of us have already adapted to this new location, the sneaky trick on Instagram’s part reveals their eagerness to get users experimenting with Reels, whether it be viewing or creating content.

The Reels tab houses content from accounts that the user follows. Similar to the regular Instagram explore page, it also inserts content from suggested accounts based on likes, accounts, followed, and location. In our experience, Instagram’s algorithm closely mirrors that of TikTok’s “For You” page.

We note that unlike IGTV, Instagram Reels uses autoplay. This means that users don’t “start” and “pause” videos themselves, automatically increasing your viewership. Users do have the ability to scroll to the next video, but the autoplay feature makes it more likely that users will watch your Reels post all the way through.

Now, you might be thinking, “why not just use TikTok?” While this is a valid question, there are several reasons to direct your brand’s efforts to Reels instead.

For starters, there is a distinct difference in user types between Instagram Reels and TikTok. Much like Reddit, TikTok favors individuals instead of companies and businesses, and the primarily Gen-Z users like the platform for socializing with friends and influencer personalities, not brands.

According to Hootsuite, 13- to 24-year-olds make up 69% of TikTok users, but with Instagram, we see a different story. Sprout Social estimates that millennials make up about 52% of Instagram users—the consumer group with the most emerging buying power that is ever more important to reach. Hootsuite also reports that “92% of all Instagram users say they’ve followed a brand, clicked on their website, or made a purchase after seeing a product/service on Instagram.” Although Instagram is an older platform, it has an established and loyal user base and has proven itself a useful business tool.

When it came to using Reels for our clients, we realized the importance of building a strong presence early on. SpeedKore Performance Group, the Wisconsin-based carbon fiber specialist and custom car builder, had an established presence on Instagram before Reels launched. One of our goals for 2020 was passing the 100,000 followers mark, and we knew Reels would be our primary way of doing that.

When Reels launched in August, SpeedKore’s follower count was just over 93,000, with followers increasing by about 2-3% month over month. We posted the first Reel to the SpeedKore account at the beginning of October and saw instant success with 157,000 plays and just under 7,000 likes. Instagram prioritized the Reel as SpeedKore was an early adopter, which helped the video gain plays. Although we were impressed with the initial performance of Reels posts, in November, we experienced great success.

In the first half of the month, we posted a short clip of SpeedKore’s Tantrum Charger. The video shows the car entering a garage and revving — it’s simple, commanding, and ticks all the boxes for an enthusiast. The Reels post quickly gained plays, and for the next two weeks, continued to do so. By the time the plays count began to drop off, the Reels post had amassed an incredible 635,000 plays, eclipsing SpeedKore’s follower count by more than 530,000. Although the play count is impressive, the likes count is equally noteworthy — most posts on the SpeedKore account, including Reels, average between 2,000 and 10,000 likes. The occasional post will eclipse 15,000 likes. Given SpeedKore’s follower count, this is already impressive engagement. This Reel, however, garnered well over 47,000 likes.

Although not all Reels posts will perform to this level, this post’s performance shows us how vital Reels is to the platform. Instagram’s algorithm is currently prioritizing Reels content, and becoming an early adopter will have lasting effects. In November 2020, SpeedKore’s follower count grew by 4.5% (1.5% to 2.5% more than the account average) and surpassed the 100,000-follower mark, finishing the month out at just over 101,000 followers. The percentage increase in month over month followers was a direct result of Instagram Reels, and with compelling content, these are followers that will stay.

If you want to optimize Instagram Reels for your business, Kahn Media has an experienced staff of dedicated social media managers that can help you find the same success that we have for our existing clients — reach out to us for assistance.

Strategies To Transition Your B2B E-Commerce Presence Into Dollars
December 21, 2020

KM101: How To Maximize The Client/Agency Creative Relationship
December 10, 2020
Search Our Blog
News Categories
Browse by Client
Latest News
Sign up for Updates
Go to Top