THE KING TO HOLD COURT AT THE PETERSEN 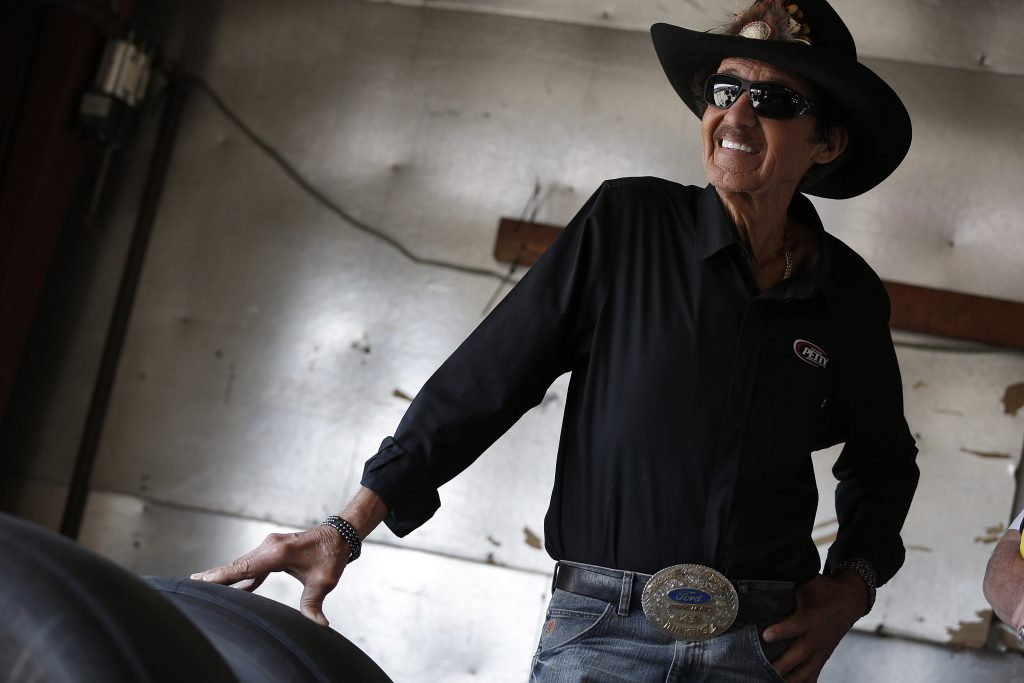 at Michigan International Speedway in Brooklyn, Michigan on June 14, 2013.

NASCAR legend and American icon Richard Petty will be honored at the Petersen Automotive Museum with an all-star dinner and Q & A in tribute to Petty’s life and career.

“Stock car racing is one of the most uniquely American forms of motorsport and nobody casts as big of a shadow in that world as Richard Petty,” said Terry Karges, Executive Director of the Petersen Museum. “His larger than life persona and incredible talent behind the wheel have done more for the sport than just about anyone else and we’re thrilled to help him celebrate his 80th birthday.”

The evening will also feature a live auction hosted by Barrett Jackson with Joseph Mast as the auctioneer. Among the items being auctioned are a 2017 Ford Mustang Richard Petty 80th Tribute Edition styled by The King himself, a one of a kind Disney Pixar custom drawing with Lightning McQueen and Petty, a signature custom designed Charlie 1 Horse cowboy hat worn by Richard Petty and a custom painted Tennessee Electric Guitar which was created and painted to celebrate The King’s seven championship-winning cars. There will also be a mobile silent auction beginning on March 9th through March 23rd, 2017, which can be accessed through the Petersen’s website. The charity auctions will benefit both the Petersen Automotive Museum and the Petty Family Foundation.

THE PETERSEN AUTOMOTIVE MUSEUM FOUNDATION
The Petersen Automotive Museum Foundation Foundation is a non-profit 501(c)(3) charity. The Museum is located at 6060 Wilshire Boulevard (at Fairfax) in Los Angeles, California, 90036. Admission prices are $15 for general admission adults, $12 for seniors and students with ID, $7 for children ages 3 to 12. Active military with ID, personal care attendants and children under three are admitted free. Museum hours are 10am to 6pm. For general information, call 323/930-CARS or visit www.Petersen.org.