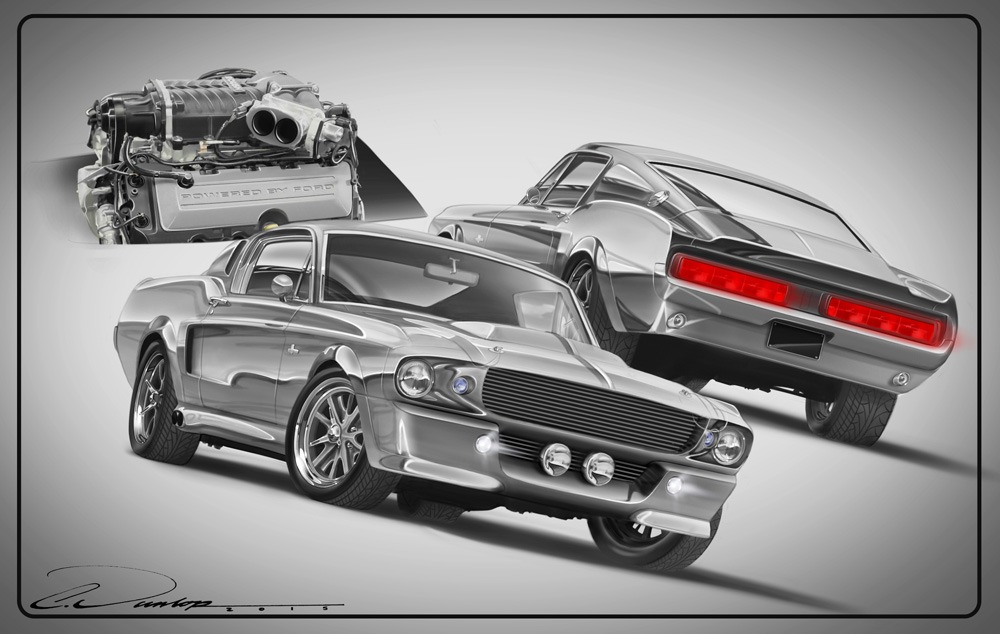 Sun Valley, Calif. (March, 2016) – Bodie Stroud has established himself as the premier car builder on the west coast and has also become the go-to custom car builder to the stars. Over the span of his career, Bodie has built cars for comedian Tim Allen, “Jackass” star Johnny Knoxville, and A-list actor Johnny Depp. So it comes as no surprise that when Imagine Dragons frontman Dan Reynolds was looking to commission a custom built 1967 Ford Mustang, his first choice was Bodie. The Mustang will be revealed to Reynolds on the season seven finale of “American Restoration” Friday, April 1 at 10/9 p.m. CDT on HISTORY.

Dan Reynolds came to Bodie with the idea of having a custom, handmade Eleanor-esque 1967 Mustang fastback built, but left the rest in Bodie’s capable hands. His only other real requirement was that he wanted a car that he would be able to use as a daily driver and show off in-between gigs in his hometown of Las Vegas, Nevada or anywhere else in the world.

“Bodie Stroud is hands down one of the most inventive and talented car builders in the industry today,” said Dan Reynolds. “I’ve dreamt of having a ‘67 Mustang since I was young and Bodie was absolutely the best man for the job – he is really good at keeping the classic integrity of the car while bringing his own creative modern twists to it. I can’t wait to see what he does with this project. I feel like a little boy on Christmas Eve.”

In true BSI fashion, the changes on this car will be understated, but impactful on the overall appearance and ride of the Mustang. For its get-up-and-go, Bodie will put a Roush Performance supercharged 5.0 liter Coyote engine in the car and equip it with modern brakes from Wilwood. To make it sound like a real “Monster,” the car will have a custom-made exhaust from MagnaFlow. Bodie will also equip the Mustang with custom BSI suspension to give it the handling of a modern sports car for the best ride in a classic car.

“Building this Mustang for Dan was a great project,” said Bodie Stroud. “He was a great customer and I liked that he had a basic idea of what he wanted built, but let me build the car my way. I can’t wait to see the look on his face when we reveal it to him on ‘American Restoration’ – he’s going to love this car.”

The seventh season of “American Restoration” features five new shops across the country. Representing the west coast is Bodie Stroud Industries – the only shop to appear on all 13 episodes of the new series. For more information on Bodie Stroud Industries, visit www.bodiestroud.com and follow BSI on Instagram, Facebook and Twitter. 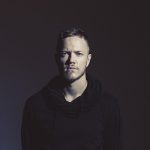 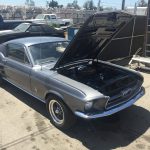 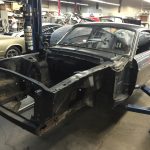 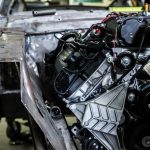 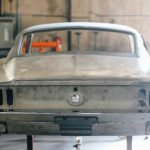 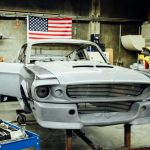