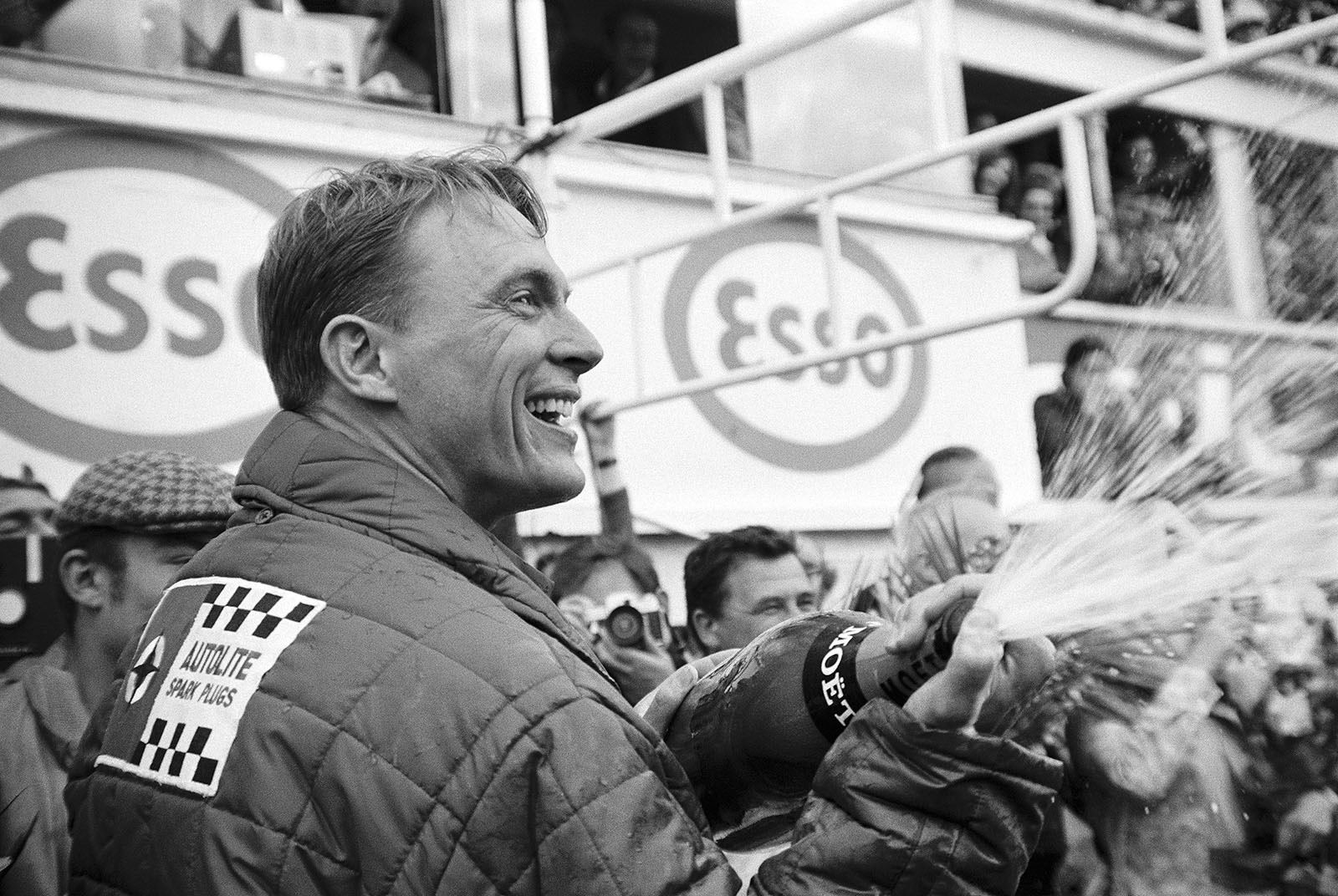 Los Angeles, Calif. (January, 2017) – The Petersen Automotive Museum will unveil its newest exhibition of racing cars, titled “The Eagles Have Landed: Dan Gurney’s All American Racers,” to the public on Saturday, January 28th, 2017. The exhibition will celebrate the life and career of one of America’s greatest racing drivers, Dan Gurney. The exhibit, which will run in the Nearburg Family Gallery until January 17th, 2018, will bring together 12 racing cars built by Gurney’s All American Racers, ranging from 1967 to the last Eagle ever built in 1999, along with an incredible collection of ephemera related to Gurney’s career.

Dan Gurney built an incredible career as not only a racing driver but also as a constructor with countless wins in both open wheel and sports car series. He is a technical innovator with inventions such as the Gurney Flap aerodynamic aid becoming almost ubiquitous in racing. Gurney also designed a completely new style of motorcycle with his Gurney Alligator. The impact of his contributions to the sport of motor racing are so large as to be almost indescribable. This exhibition at the Petersen also coincides the 50th anniversary of his incredible 1967 season which included wins at the Race of Champions and Spa as well as a qualifying record for Daytona and a win at Le Mans.

Among the 12 total vehicles on display will be the 1967 Gurney Eagle Weslake which won at Spa, the 1968 Gurney Eagle McLaren aka “McLeagle,” the 1993 Toyota Eagle IMSA GTP and the final 1999 Gurney Eagle Indy car. Ten of the vehicles will be on display in the Nearburg Gallery, and two – the 1968 Gurney Eagle Rislone Special #2 and the 1972 Gurney Olsonite Eagle #3 – will be on display in the museum’s lobby. The exhibit will also include a number of items including the famous Moet Champagne Bottle sprayed by Gurney after winning the 1967 Le Mans race. “Dan Gurney has had an incredible impact on the sport of auto racing and the Petersen is honored to be able to showcase some of his cars along with other racing memorabilia,” said Terry Karges, Executive Director of the Petersen. “This is a fantastic opportunity to expose a whole new group of people to Dan’s incredible life and career.”

The opening reception for “The Eagles Have Landed: Dan Gurney’s All American Racers” on Friday, January 27th, 2017 will feature appearances by the Gurney family. The event will be catered by Drago and will also feature a silent auction for Gurney memorabilia including two signed helmets. The event is open to the media.

For more information about the event or exhibit, visit www.Petersen.org or call 323/964-CARS. For information on Dan Gurney and All-American Racers, visit www.AllAmericanRacers.com.