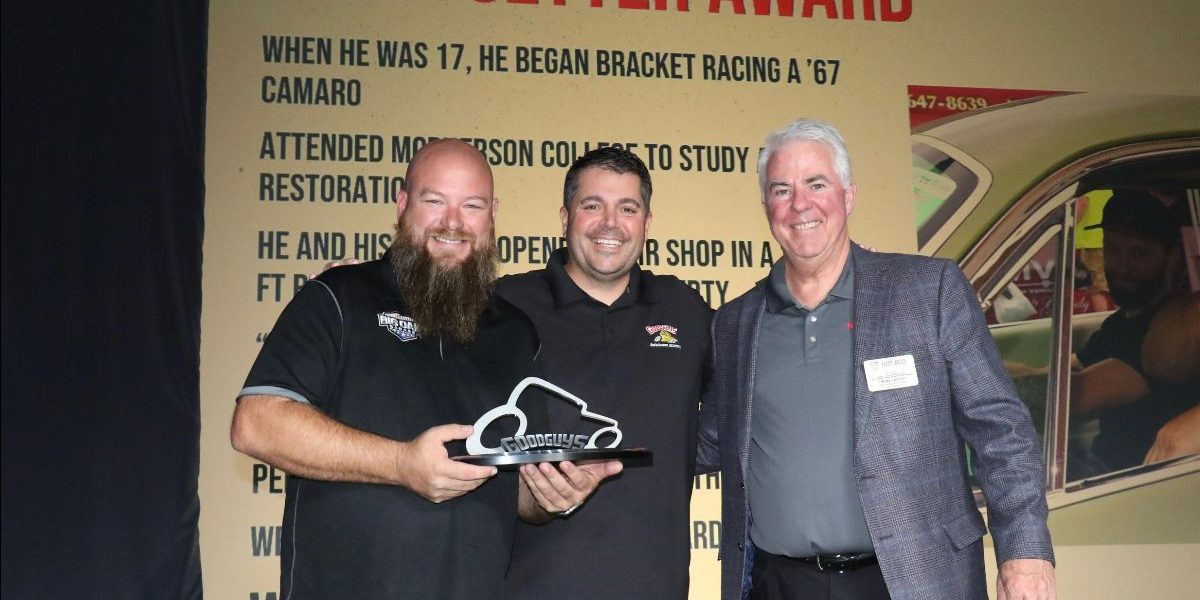 FORT WORTH, Texas (Nov. 3, 2022) – Goodguys Rod & Custom Association, the world’s largest hot-rod association, presented Will Posey, owner of Big Oak Garage in Hokes Bluff, Alabama, with its prestigious Trendsetter Award today during the Hot Rod Industry Alliance (HRIA) reception at the 2022 SEMA Show in Las Vegas. The award is given to rising young builders in the hot-rod and custom car industry and is a highlight among the Specialty Equipment Market Association’s annual industry show.

Known most recently for the 1961 Chevy Impala “Dirty Martini,” Will Posey and his team at Big Oak Garage were recognized for having won accolades such as the 2022 Chevrolet Performance GM Iron Builder of the Year and Goodguys 2022 Fuel Curve Custom of the Year, and for being a contender for the Al Slonaker Memorial Award. The shop’s brilliant green 1965 Dodge Dart was also noted for becoming a Great 8 finalist at the 2015 Detroit Autorama, as well as a Goodguys Steet Machine of the Year finalist.

“This year has been big for our Trendsetter Award competition, with so many standout builds having been shown at Goodguys events throughout the season,” said Andrew Ebel, Goodguys COO and presenter of the award. “Will and his team at Big Oak have continued to blow us away with the craftsmanship, quality and creativity of their builds. With a number of awards under his belt, he was the obvious choice to receive the Goodguys Trendsetter Award at SEMA this year.”

Will Posey’s passion began at a young age, attending rod runs and car shows with his father, Jimmy. In his teens, Will began bracket racing a 1967 Chevy Camaro and later attended McPherson College to study auto restoration. After working for Alan Johnson, another Goodguys Trendsetter recipient, Will and his father went on to open their own shop, named for the big oak tree that resides on the property. Since then, the shop has expanded, and Big Oak Garage has quickly begun to establish its identity, earning the respect of auto enthusiasts across the country. Will is also part of the popular new series “Ride of Your Life with Courtney Hansen” on MotorTrend TV.

“The Goodguys Trendsetter Award is a literal who’s who among the all-time car designer and builder greats, and it’s thrilling to join their ranks,” said Will. “We have a high standard that we have to meet, and a car’s fit and finish is the most important thing to us. The first impression means a lot to us, and we want people to trust us to take care of their cars. Being recognized by Goodguys at SEMA is another big win for the entire team at Big Oak Garage.”