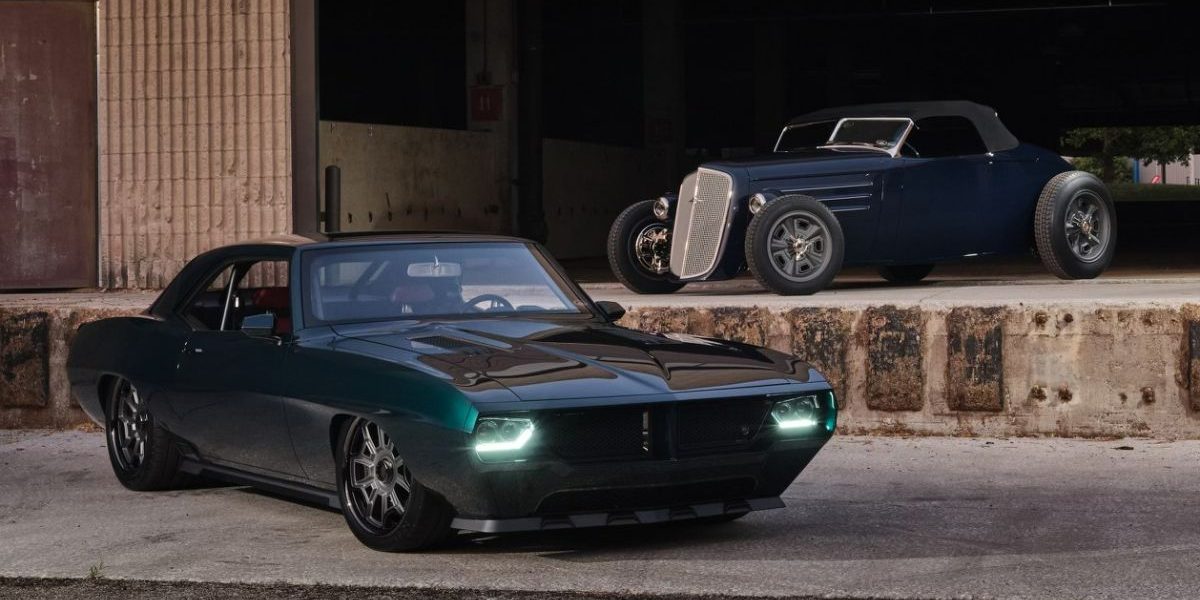 Winners of the “PPG Street Machine of the Year” and “Classic Instruments Street Rod of the Year” awards were crowned, and the 1988 Chevrolet Silverado OBS giveaway build was introduced at the 24th Summit Racing Nationals presented by PPG

PLEASANTON, Calif. (July 28, 2022) – Goodguys, the organizer of America’s favorite car shows, recognized a 1969 Pontiac Firebird as the “PPG Street Machine of the Year” and a 1934 Chevrolet Roadster as the “Classic Instruments Street Rod of the Year” in Columbus, Ohio at the 24th Summit Racing Nationals presented by PPG. In addition to the awards, Goodguys also announced the kickoff of a year-long sweepstakes where the grand prize will be an old-body-style (OBS) 1988 Chevrolet Silverado built by Roadster Shop.

The “PPG Street Machine of the Year” title is awarded yearly to the best street machine from 1954 through 1997. This award recognizes a cutting-edge vehicle that combines masterful build quality with extreme performance. This year’s winner was a 1969 Pontiac Firebird owned by Brad Sather and built by BBT Fabrications. From front to back and top to bottom, there’s not much of the original Firebird sheet metal that was not touched or tucked by the BBT crew.

Butler Performance was tasked with building the twin-turbo powerplant. It produces an estimated 1,400 horsepower from the 482 cubic-inch block topped with Edelbrock cylinder heads, MSD ignition, and a ton of one-off machined parts and pieces from EVOD. BBT fabbed the stainless headers and exhaust system, while a Billet Specialties accessory drive and Ron Davis radiator keep the fluids flowing. The power is put to the ground through a McLeod RTX clutch and Bowler T56 transmission.

The “Classic Instruments Street Rod of the Year” award recognizes the top pre-1948 street rod. The winner of this year’s award was a 1934 Chevrolet Roadster owned by Jeff Breault and built by Devlin Rod and Customs. Only the fourth Chevy to win the “Street Rod of the Year” title, Breault’s roadster was more than seven years in the making. Number 29 of 31 built in 1934 by Holden in Australia, the roadster has been reimagined as it might have looked as a no-expense-spared, track-inspired, open-wheel creation from the glory days of hot rodding.

Like the Roadster Shop chassis it rides on, its LS engine blends modern performance with a more vintage appearance. Automotive Specialists built the 650-horsepower engine, and Johnson’s Hot Rod Shop (JHRS) designed and cast a custom-made intake manifold for the stack-style injection that employs FAST EFI controls. The team at JHRS even custom machined the Dart cylinder heads and designed and built custom valve covers to help the LS resemble a World War II-era Rolls-Royce Merlin engine. Performance is enhanced with a Tremec transmission built by Bowler Performance.

“These two awards draw the best in the country each year, and 2022 was no exception,” said Goodguys COO Andrew Ebel. “The 1969 Firebird and 1934 Chevy Roadster beat out a field of amazing builds to earn top spots in their respective categories, placing them among some of the best vehicles in the country.”

Also, at the 24th Summit Racing Nationals in Columbus, Goodguys announced the winner of the 1985 Chevy C10 Goodguys 2021/2022 giveaway truck built by Goolsby Customs. Finalists from across the country traveled to Columbus to draw the winning key during the Sunday awards ceremony for their chance to claim the LT1-powered beauty. That key was in the hand of lucky winner Gary Damm from Spokane, Washington.

The Goodguys 2022/2023 giveaway truck was also unveiled: an over-the-top 1988 Chevrolet Silverado built by Roadster Shop. The truck rides on Roadster Shop’s all-new OBS Low-Pro chassis unveiled at the 2021 SEMA Show. The new chassis is just the start of a list of first-rate ingredients, including a Chevrolet Performance E-ROD LS3 engine from Gandrud Chevrolet, a Bowler Transmissions 4L60E, Ultimate Headers, Vintage Air climate-control system, Kicker audio gear and more. The resto-modded ‘80s-themed truck is thoroughly customized inside and out by Roadster Shop and incorporates products from many of the leading aftermarket manufacturers that display at Goodguys events.

The 2022/2023 giveaway truck will be on display at Goodguys events beginning in September 2022 until the winner of the truck is announced at the same Columbus, Ohio event in 2023.