Events Are Canceled, Now What? 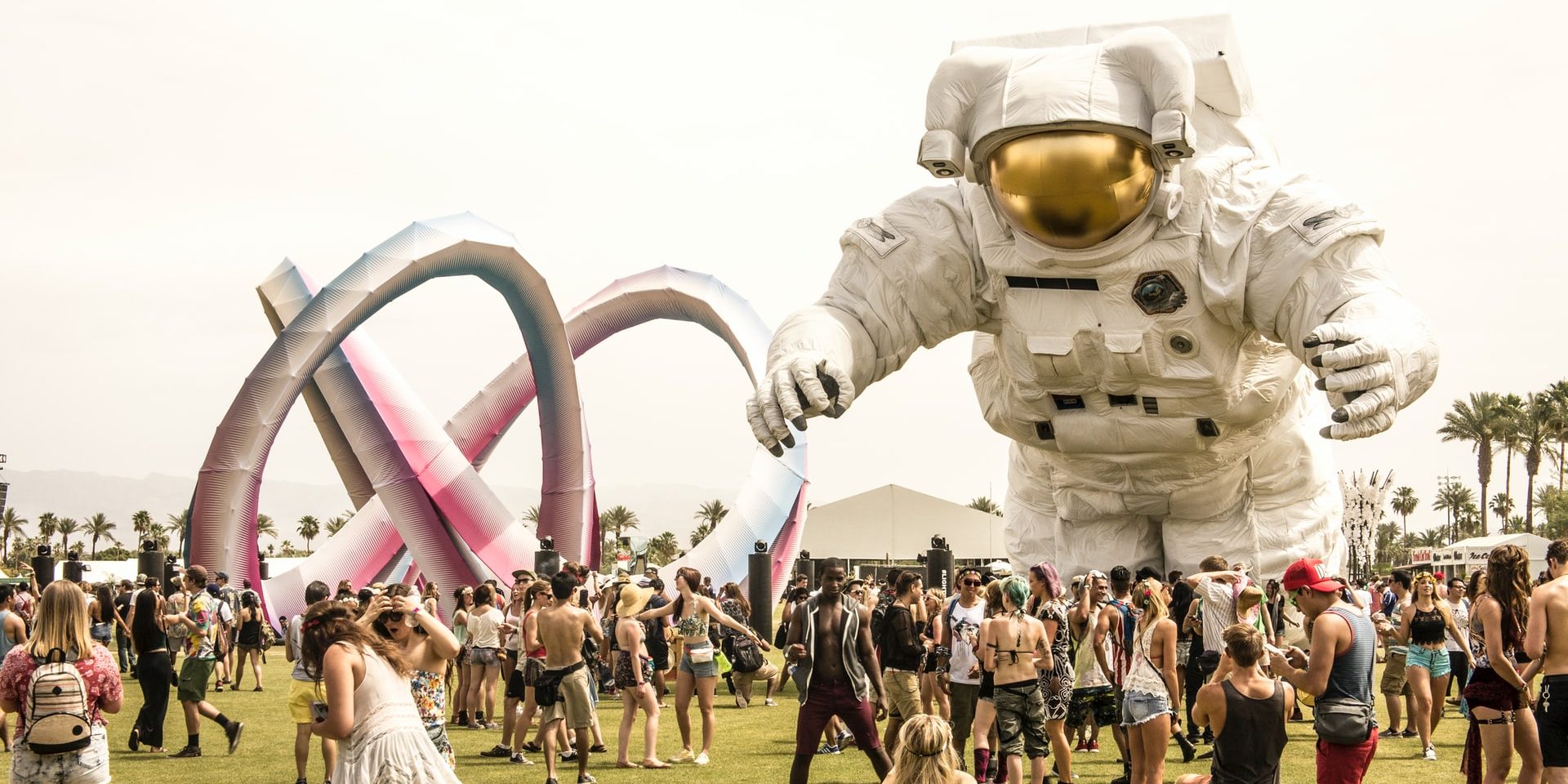 We’re not going to belabor the obvious. Everyone knows that concerts, sports, racing and many other events we know and love — everything from Coachella and SXSW to Monterey Car Week — have been canceled. None of us can change current events. What we can change is how we respond to them.

Most companies, from mom-and-pop small businesses to global brands, depend on in-person interactions with customers, fans, distributors, suppliers and the media. People visit their stores or go to public events or attend trade shows and product launches. That’s how business gets done. So, when in-person interactions can’t happen, what should you do?

If you’re Apple and you need to launch a new device, like it did with the iPhone SE in mid-April, you pivot from a splashy in-person event to a virtual one, with a live stream of a product executive showing a slideshow of images of the new iPhone. With everyone stuck at home and glued to their devices, it was the perfect time to launch an inexpensive version of the best-selling smartphone. And Apple backed up its virtual launch with an announcement that it was collaborating with Google to build “contract tracing” software to turn smartphones into tools that can help slow the spread of coronavirus.

If you’re the NFL and you’re between seasons, you host a virtual draft. Sure, it was a little weird and there was less of the pomp and circumstance that makes the NFL draft such a unique phenomenon, but they pulled it off.

If you’re the Coachella Valley Music and Arts Festival, a world-renowned event held over two weekends in April every year near Palm Springs, California, you celebrate your 20th anniversary online. When fans were stuck at home rather than attending the festival, organizers kept them engaged by launching the documentary “Coachella: 20 Years in the Desert” on YouTube.

If you’re NASCAR, you pivot from real racing to the eNASCAR iRacing Pro Invitational Series, where pro NASCAR drivers compete virtually on the iRacing simulation platform. Virtual eNASCAR races shown on Fox have drawn more than one million viewers per event. And when rising NASCAR star Kyle Larson uttered a racial slur on a live-streamed virtual race, the response was swift. He was suspended by NASCAR, dropped by sponsors and fired from the Chip Ganassi racing team — just as they would have done if it happened during a “real” race.

NASCAR pivoted to digital faster than IndyCar, F1 and other racing leagues. After years of declining attendance and viewership, NASCAR is in the spotlight again. In a world of sports media hungry for action because events are canceled, NASCAR has given journalists and broadcasters something to talk about. It has taken a leadership position and burnished its venerable brand. And starting May 17, NASCAR will run its first Cup Series races in over two months — a truncated series of three races at Darlington Raceway in South Carolina and four at Charlotte Motor Speedway — with no fans in attendance.

Elsewhere in the automotive world, the Geneva International Motor Show, held annually in March, was canceled at the last minute — automobile manufacturers and other exhibitors were nearly done setting up their booths for the event when the Swiss government issued restrictions on large gatherings. In lieu of a large in-person event, manufacturers scrambled to produce live streams of new car unveilings and concept vehicle debuts.

In late April, Pebble Beach Concours d’Elegance — one of the world’s most prestigious car collector events held every August on California’s Monterey Peninsula — announced the cancellation of its 2020 event. As a tentpole event of Monterey Car Week, Pebble Beach’s announcement created a domino effect, triggering a string of cancellation announcements by The Quail, A Motorsports Gathering, by McCall’s Motorworks Revival and by leading auction houses like Bonhams, Gooding and Co., and RM Sotheby’s (the latter will host an online auction instead).

Monterey Car Week has evolved into the preeminent global gathering for premium automobile companies and other luxury brands. New jets are unveiled at McCall’s Motorworks Revival, the traditional kickoff event of Car Week. Multimillion-dollar hypercars make their debut at The Quail, which is a veritable garden party of the global elite. Monterey Car Week is where automotive leaders, journalists, collectors and connoisseurs gather to network and conduct business. Its cancellation left a void in the marketplace.

What will take its place?

If you’re a big player like Mercedes-Benz, you pivot. You host the “Concours de Zoom” and invite high-profile celebrities like Jay Leno, Martha Stewart and Ludacris to show off their luxurious Benzes. Held on May 1 via the Zoom video conferencing platform, the general public was invited to tune into the event. It featured noteworthy historic vehicles, including a 1908 chain-drive Mercedes called Rabbit-The-First, a 1956 300 SL Gullwing and a 1991 G 300 D, as well as newer models, like the A 220, AMG G 63 and AMG GT C Coupe. And to top it all off, Mercedes-Benz pledged to make a donation to the American Red Cross after the event.

If you’re RUF, a boutique, 81-year-old German manufacturer of performance cars that depends on events like the Geneva Motor Show and Monterey Car Week to cultivate relationships with customers, you pivot. You accelerate the release of a short documentary film that tells the inside story of your company’s history. You promote the content, not the product. Instead of premiering it in August in Monterey, you launch it on YouTube and social media.

To fill the void left by the cancellation of Monterey Car Week, the Petersen Automotive Museum has organized a virtual Petersen Car Week that will take place in August. In response to the COVID-19 outbreak and its temporary closure, the Petersen, which receives 400,000 visitors annually, pivoted to digital. It launched digital programming for students and families and a weekly series of virtual tours of The Vault presented by Hagerty. It also used its YouTube channel to roll out a Global Cars & Coffee series as well as garage tours, exclusive interviews with collectors, designers, and racers, and other videos.

As one of the world’s leading automotive museums, and with a global audience that has grown rapidly as a result of its new digital content, the Petersen is in a unique position to host a series of virtual automotive events. Leading up to Petersen Car Week there will be a 10-day “The Road to Best in Show” series. And then, over a five-day period (August 12-16, 2020), multiple daily events will include a kickoff show, a virtual tour d’elegance, live auctions, vehicle unveils and spotlights, vintage racing highlights, a hypercar show, a concept car showing and a concours d’elegance.

Making the Pivot to Digital

While there’s nothing quite like the face-to-face interaction and sound, feel and energy of a live, in-person event, the examples above show that alternatives are possible. The connectivity of the internet and the ubiquity of handheld devices mean that people all over the world can participate in virtual events.

Historically, businesses that face challenging times head-on and take bold action to not only survive but thrive emerge from the challenge stronger and more resilient. Businesses that hunker down and do little more than hope for the best tend to wither and weaken their position in the marketplace.

We can’t change the current reality anymore than we can change the weather, but we can change how we adapt to it. At Kahn Media, we’ve done a deep-dive on major trends and how key industries have responded to the COVID-19 crisis and we offer solutions, which you can read in our exclusive white paper. We also help our clients use the right mix of earned, owned and paid media to market their businesses efficiently and effectively with what we call Media 3.0 — a guerilla strategy that deploys multiple tactics at the same time to create an outsized impact.

We’ve also been hard on the gas helping clients stay relevant when their facilities are closed or events have been canceled. When the Petersen Automotive Museum and Mullin Automotive Museum were forced to close their doors due to quarantine restrictions, we helped them pivot to digital by launching digital programming, live stream tours of their collections and other ways to engage their audience. And both have been rewarded with larger followings on social media.

Whether you’re launching a new product, promoting your brand or even pivoting your brick-and-mortar business to an e-commerce platform, the same rules apply to taking your event virtual/digital as they do for creating compelling social content: know your audience, know their triggers and their aversions, and then provide them with content that will entertain, engage and inform.

In the case of Apple’s iPhone SE launch mentioned above, there were two audiences: the tech-industry press who would cover the initial launch of the iPhone, and the much larger consumer audience Apple hoped would buy it. Since it was early in the quarantine, people were still expecting a traditional “Apple style” product launch, which the brand delivered with a highly orchestrated press conference and product rollout paired with high-quality presentations just as it has always done, just without an in-person audience. The media and hardcore Apple fans watched from home and the market responded with strong sales.

As the pandemic and quarantine dragged on and people’s expectations for production value went down as their consumption of online content went up, the paradigm shifted. When Mercedes rolled out a quickly orchestrated Zoom event with half a dozen celebrities talking about life and their cars, the audience watched — and happily consumed the Mercede-Benz brand message baked into the whole thing. Both RUF Automobile and Coachella took a more organic approach, unveiling behind-the-scenes documentaries about the history and heritage of the respective brands. And by promoting the content instead of the brand or product, the media picked it up — taking owned media and turning it into earned media. A double win.

In an ideal world, nothing beats the combination of interpersonal interaction and social amplification of an actual event. From Coachella to Monterey Car Week and more, events provide the opportunity for consumers to touch, see and feel actual products and then post about them on their own social channels for the world to see. Since that’s not an option for the time being, an aggressive pivot to digital and virtual events is an effective go-forward strategy, for family-owned shops on Main Street all the way up to major global brands.

The key is to focus on four steps:

If you follow these steps, and approach the process in an authentic way, the result will be short-term site traffic and engagement as well as long-term brand loyalty as you build a fanbase that appreciates not just what you sell, but what you stand for and how you helped make them happy, even if it’s just for a few minutes.

To learn more, please reach out for a brainstorming session to discuss how your company can pivot to digital in the wake of the Great Event Cancellation of 2020. Email us at Help@KahnMedia.com.

The Quail, A Motorsports Gathering Named 2021 Concours of the Year by the Historic Motoring Awards
November 18, 2021

Lotus Emira arrives in the USA with F1 legend Jenson Button at the wheel for thrilling Laguna Seca film ahead of USA public debut at The Quail
August 12, 2021